STRANDED is on Amazon! 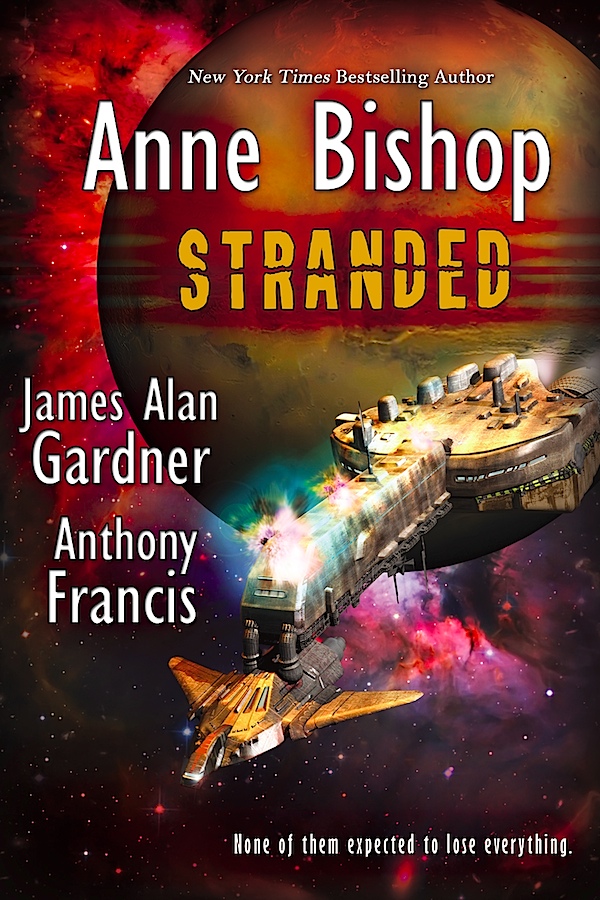 STRANDED, the new science fiction anthology featuring stories by Anne Bishop, James Alan Gardner, and myself, is now available for preorder on Amazon! From the back cover:

A Strand In The Web

New York Times Bestselling Fantasy Author Anne Bishop makes her U.S. debut in Science Fiction with this engaging futuristic novella. The Restorers travel the universe fulfilling a purpose handed down through the generations. They live and die aboard city-ships, never knowing the worlds they create and save. What begins as a disastrous training exercise in creating and balancing ecosystems becomes an unexpected fight for survival. The only hope may be the secret project of an untried creation team.

A Host Of Leeches

Award winning author James Alan Gardner pens a wonderfully imaginative tale, in which a young woman wakes to find herself the sole human on an orbiting, mechanical moon. To find a way home, she must navigate the dangerous politics of war between opposing robot leaders.

Popular urban fantasy writer Anthony Francis (Dakota Frost, Skindancer series) explores the clash of ethics and survival when a young, genetically engineered centauress from the super-advanced Alliance lays claim to a rare, strategic garden planet, only to find herself captured by a band of rag-tag Frontier refugees who’ve crashed their vintage ship on her unexpectedly hostile world.

An excerpt of the story:

Climbing from the ship were the most beautiful people she’d ever seen.

They wore armored spacesuits, patched in a thousand places, and painted to look like animals. Helmets folded back revealed inner pressure suits decorated too: one girl in a leopard outersuit had a snakeskin helm, adorned with feathers, over skin painted a pale blue.

Serendipity gasped. These were adventurers. The gravity was clearly punishing their slender frames, but they kept going, crawling out of the smoking ship from every hatch, rappelling down on spacelines, tools jangling on their belts when their boots touched the broken earth. Not one of them looked a day over sixteen.

That should have meant nothing—her grandmother didn’t look a day over sixteen—but as fractured shale dislodged by her slogs crackled down the slope, they turned and stared at her with youthful shock. They had none of the smug poise of ancient souls newly young.

What Serendipity saw instead, and felt keenly, was fear. Her gut churned.

The boys were armed with projectile automatics.

Serendipity now has her own Facebook page over at http://www.facebook.com/serendipitythecentaur . Please check it out!