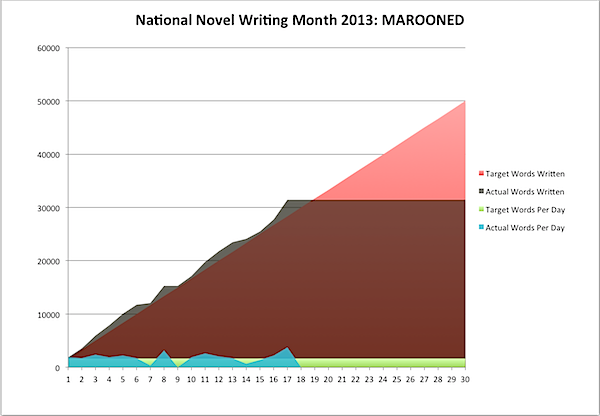 One of the great things about National Novel Writing Month is that it takes you into places you never anticipated. Well, for most of this month I’ve been working on Section 2 of MAROONED, “Conflicted”, but much of what I’ve written today comes from Section 3, which I’ve alternately called “Determined” or “Galvanized”. And the following section logically follows from the setup of the story … but I had no idea that it was going to happen. No idea at all:

“Buck up, spacer,” Eslyca said. “We’re at war. We have to make hard choices.”

“Like Toren said,” Kyrnal said. He shook his head. “Doesn’t mean I don’t regret it.”

“How long are they going to keep this up?” Eslyca said. “Did she just say five hundred?”

“How long can they keep this up?” Kyrnal said. “And I thought they’d gone soft—”

“YOU THOUGHT WRONG,” boomed a deep mechanical voice behind them, and Kyrnal and Eslyca whirled to see the huge fox-like head of a robot the size of a cargo loader loom behind them, two scorpion-like pincers rising from its tail. “DON’T MOVE!”

Kyrnal whirled and tried to reach for his gun, but the scorpion-pincer shocked him. Eslyca dove aside, but a giant mechanical paw scooped her back up, then Kyrnal too, bringing both of them together—and in range of those darting pincers.

The paws spun them about, and Krynal felt the pincer snap tight on the upper safety harness attachment of his softsuit—the hardest to reach. He tried to grab for it and release himself, but when his hand touched the pincer, he got shocked again.

Then the robot shoved them both out into empty space.

Wait … who are Kyrnal and Eslyca? What do they regret? Why are they spying on Leonid’s camp? What is Leonid’s camp training for? Who’s the robot? And will our intrepid young heroes or villains survive getting thrown out into space by this mechanical monster? 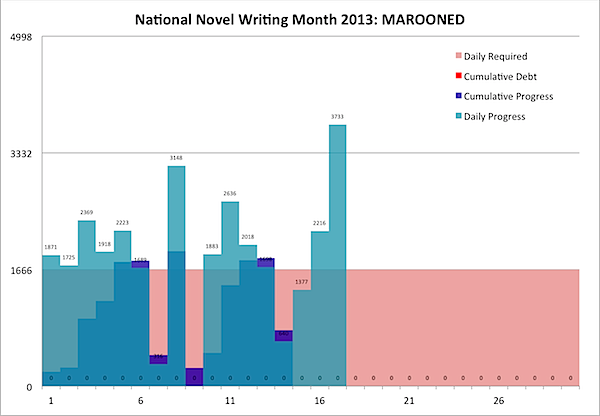 A day or so ahead now, taking a break to run errands. Onward!