Making a Mac Useful, Part 1: Why Are You Hitting Yourself? 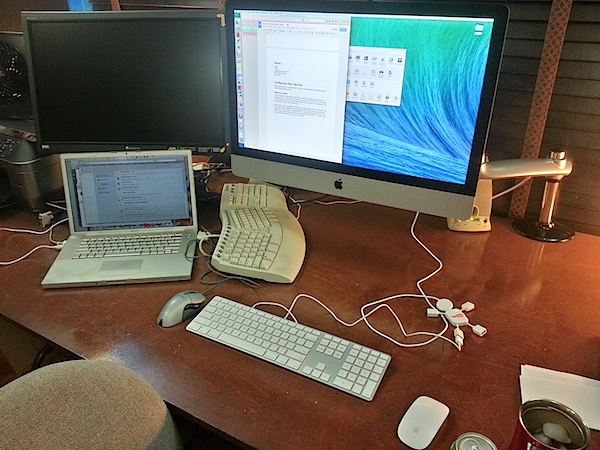 OK. This is going to be a deep dive, and it may take some time: I’m going to review the unbelievable list of tasks necessary to make a Mac OS X system usable for my daily work.

Now, this isn’t particular to Macs, nor even particular to desktop systems. Usually, when I get a new desktop or laptop or tablet or phone, I’m up and running in a few hours – sometimes, a few minutes – but for the next several weeks, I find myself cursing as I realize yet another program or setting hasn’t propagated over to the new machine.

That wouldn’t be much of a problem … except I do most of these tasks when I first get a machine, and I don’t update my machines often. I update phones roughly once a year, and laptops twice every few years – twice, since my work MacBook Pro and my home MacBook Air get refreshed on around the same schedule. While it’s easy to remember to toss a half dozen apps onto a phone and tweak a few settings when you get it, the more complex configuration tasks for a desktop operating system, sometimes involving multiple steps and research, are something that slowly evaporate from my memory over two or three years.

This is the kind of problem that the Chrome OS by Google is designed to solve: a system which ties all your configurations to your account, so if you toss your laptop into a wood chipper, you can get a new one and pick up literally where you left off. Unfortunately, a browser only operating system really doesn’t work for me. I am primarily a producer, not a consumer, and my daily work environment is filled with programs like Word and Excel and Photoshop and Illustrator and Acrobat and Ecto and Python and Bash and J and Aquamacs and Vi and Eclipse and MAMP and Gimp and so on and so forth.

So I’m more than willing to put up with this once or twice every two or three years. Hopefully, by blogging about it, I’ll get a better grip on the process, and so next time, it will be easier.

SO I got me a new Macbook Air with a half-terabyte hard drive, and planned to make this tiny aluminum wedge into my primary computer, replacing both my old MacBook Pro “server” and my MacBook Air mobile writing computer. I began configuring it, writing the list of tasks down, expecting it to take a page or so.

That list rapidly spiraled out of control, so I never started that blogpost, even though I got the new MacBook Air configured so well it did indeed become my primary machine. I carry it everywhere, use it for everything – well, almost everything. It was missing only one critical feature: a connected printer – natch, it is a lightweight laptop.

I do have a Canon MX870 multifunction printer-scanner-copier hooked up to my old MacBook Pro, but that MacBook Pro was getting so long in the tooth that I was afraid to turn it on, and when I did so Chrome complained that it couldn’t update because my OS was unsupported and Apple complained that the OS was out of date and my neighbors complained because every time I moved the mouse their TV flickered. So, I decided to bite the bullet and replace it, ultimately with a shiny new iMac.

Now that I’m doing this process twice, in close succession, I have the opportunity to find out what’s really necessary, and can see where I’ve missed steps. I’ve broken this list into two parts – one very, very long document in which I am documenting, for my own wordy gratification, ALL the tasks that I have to do to make this new Mac useful to me, and then this series of bite-sized articles, which breaks that apart into small logical chunks. By the time I’m done, I’m guessing there will probably be a dozen articles in this series on Macs alone – not counting setting up Windows boxes, or phones, or the work I’ve had to do on my development environments.

To some, this might seem not just a deep dive, but off the deep end. But there’s a dual method to this madness.

First, having this information on the Internet makes it searchable. Many a time I’ve followed a set of directions related to some computing task and found them nearly useless, and only by piecing together clues from half a dozen different pages online have I been able to, somehow, adapt a solution to the problem. (I have no idea where I might have picked up that problem-solving strategy). 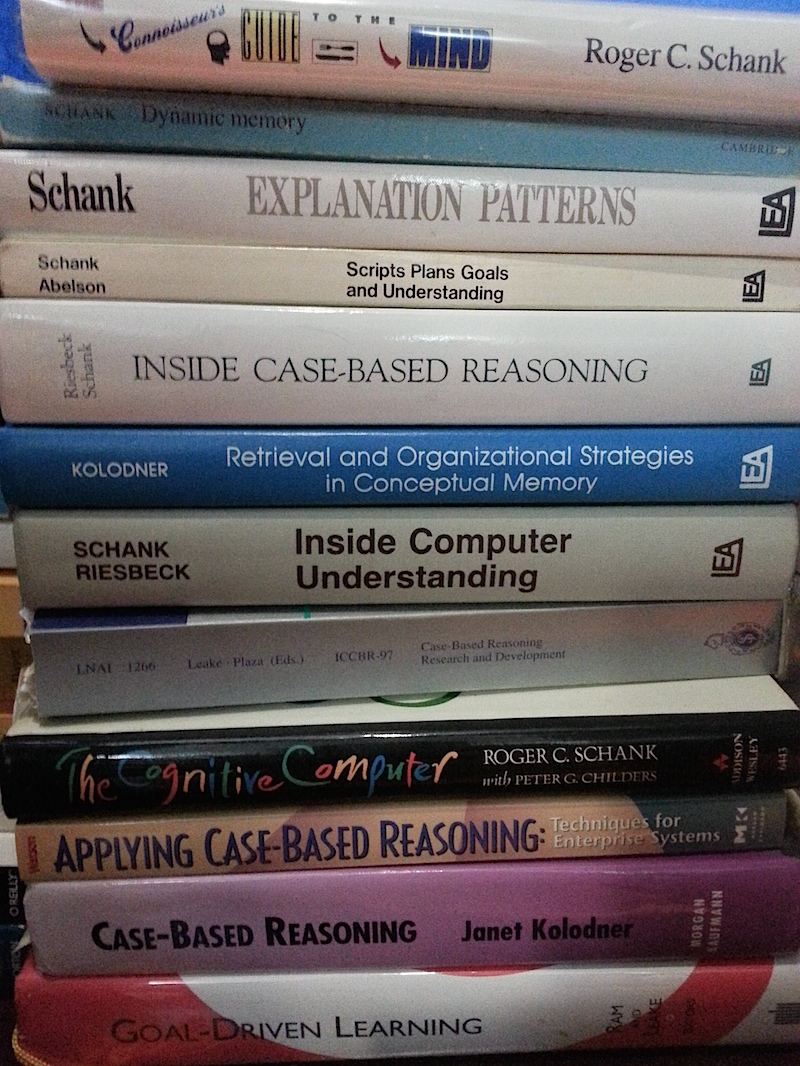 But often the information is not available at all. Even doing this blogpost on the new computer required doing several tasks which were simply not documented anywhere. That’s a blogpost for another time, but hopefully, putting this information up there will help change that.

The second reason for documenting this so thoroughly is to put, on record, how difficult it is to use even the easiest of the modern desktop computer operating systems (again, excluding Chrome OS, which does not (yet) compete in feature parity with standard desktop operating systems). I’m a computer scientist with a PhD in Artificial Intelligence who currently works with four different operating systems, and I’ve got thirty-five years experience working with dozens of different kinds of computers – and if I have trouble with some of these tasks, what hope does a non-specialist have of fixing their brand new shiny money-burner when it decides to become non-functioning, or, more insidiously, simply fails to work as expected, in some subtle and hard to debug way? As my wife says, there’s no hope: she claims the typical user needs to hire someone to help them out, and that’s why the Geek Squad does so well.

Maybe she’s right. But, I hope by putting some of this information out there, I either help some poor shmoe just like me solve their problem … or convince an operating system designer to start thinking energetically about how to make the problem just go away.