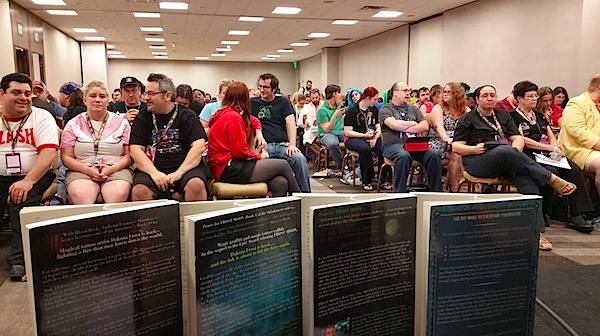 I’ve been going to conventions for about thirty-five years, but have appeared on panels only in the last ten, and even that only consistently for the last five – so I still feel like a fanboy up with all the more experienced authors. And while sometimes I have a lot to contribute, I often find it’s better not to ask whether I have something to say, but whether I have something to add. It’s frankly awesome to be up here with luminaries like John Ringo or Esther Friesner, and it’s often just best to to sit back and listen – but even then, don’t give up on yourself. I was on three panels today with more experienced people, and I made sure I both shut up and listened and stepped up and said something at the appropriate time – with the result being that several people came up to me and thanked me for my contribution to the panels that I’d been on. Several of the authors got together afterward, and we all seemed to think that it was our interactions with each other that made the panels great. So … think of what you can add, but never give up on your own unique contribution. It’s there, you just have to find it. 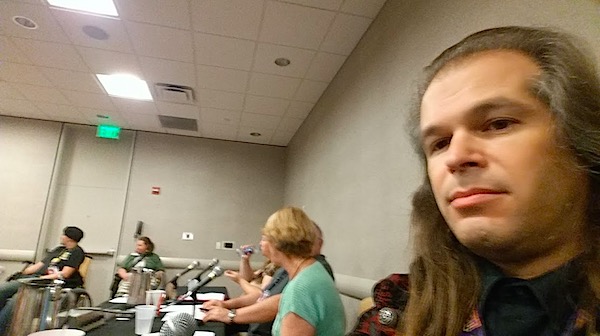 Pictured: the forward and reverse angle on viewer for a panel on “101 ways to kill a character” which I was on with John Ringo, who chose just the moment I took my selfie to lean over and ask someone a question.