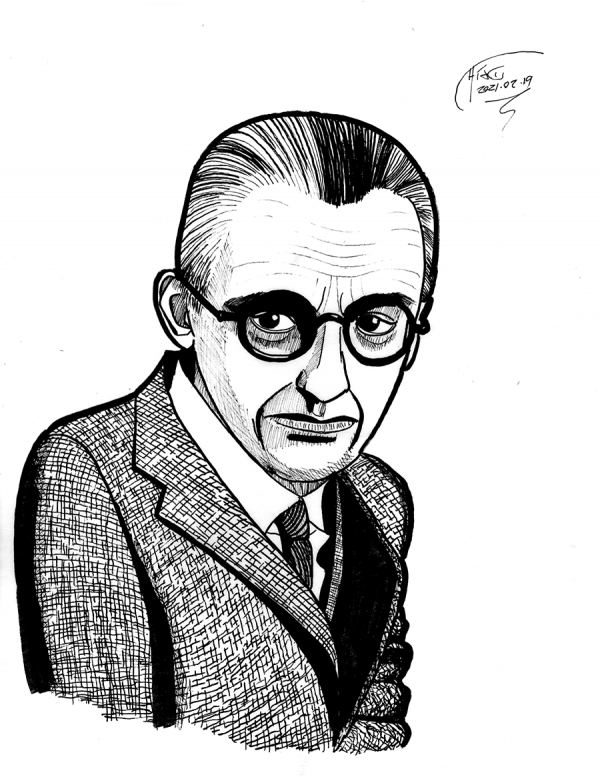 Full drawing of Kurt Gödel from today’s Lent entry. Like previous exercises, I traced my own roughs, using a variety of Micron pens. As for whether the face looks like a face … ehh, mostly? Though I am still apparently inflating noses and cartoonishly exaggerating heads with respect to bodies, making Kurt here look like an extra from Men in Black (thinking of Tommy Lee Jone’s comically oversized head).

Where I departed here was throwing out several intermediate roughs, as I did on Day 054. I started off with a normal 2B pencil sketch on Strathmore and quickly decided that it was going nowhere: 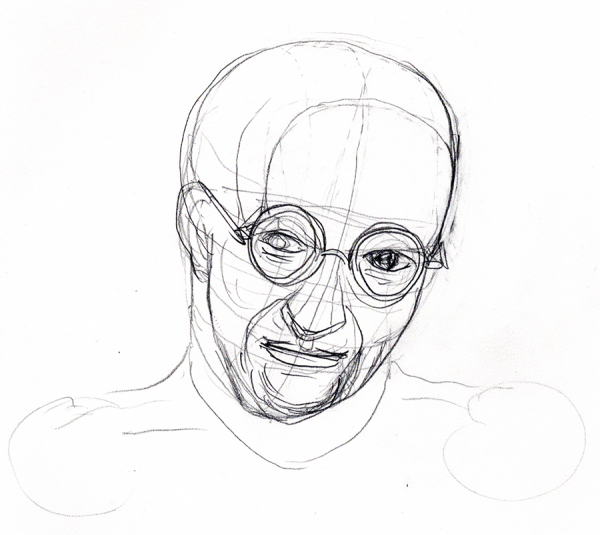 Rather than starting over on Strathmore, I switched to tracing paper and tried the following. In some ways I like this drawing more than some of the later sketches – it captures a bit of Gödel’s distinctive face – but I rapidly realized I’d again got the macro-architecture of the sketch wrong, shoulders ending up in the wrong place and such. Also, though you can’t tell from this crop, it was too small on the page. 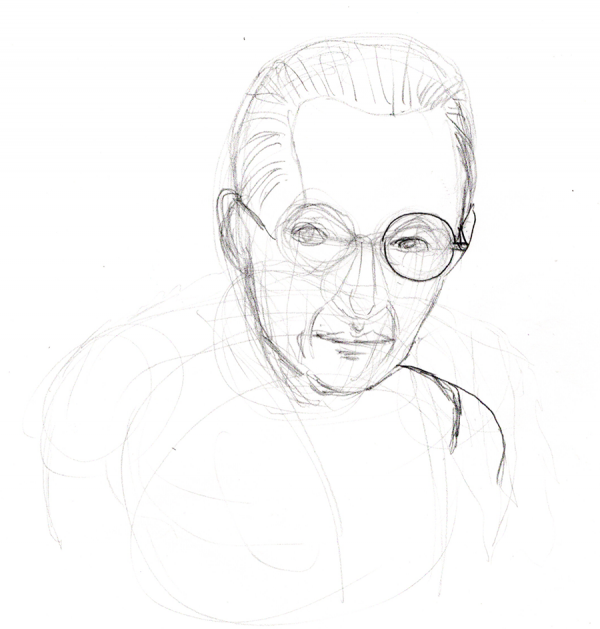 So I started over, producing the following sketch. The face is a bit off here, too wide, looking something like a cross between Mr. Magoo and Joe Biden (if either wore glasses). But I could tell the overall layout was good this time – things were roughly in the right place, and could be corrected with some effort. 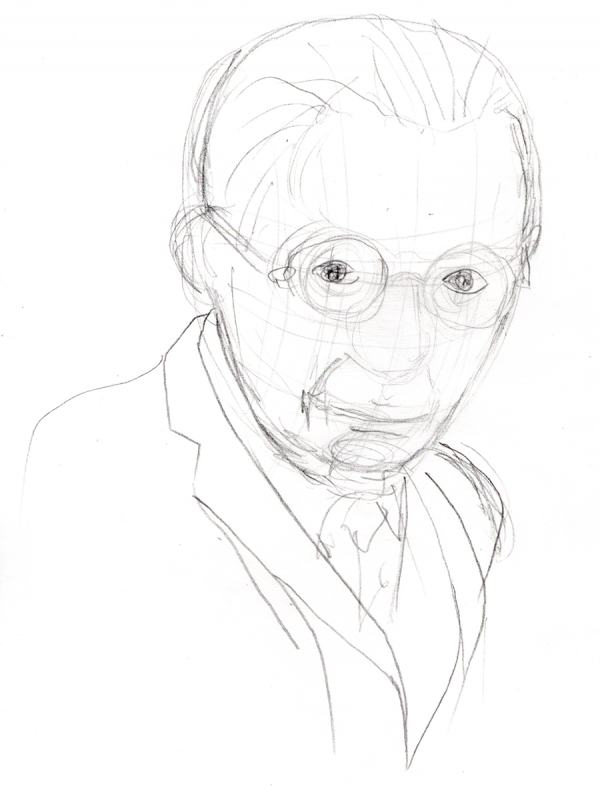 I traced the following directly over the previous sketch, correcting for the shape of the nose and face, but keeping the parts that seemed like they were a good fit. This sketch wasn’t perfect either, but it was close enough for me to get started – I had blogposts to write! – and led to the drawing at the top of the page, which I traced over the below drawing, making a few more corrections and allowances for rendering. 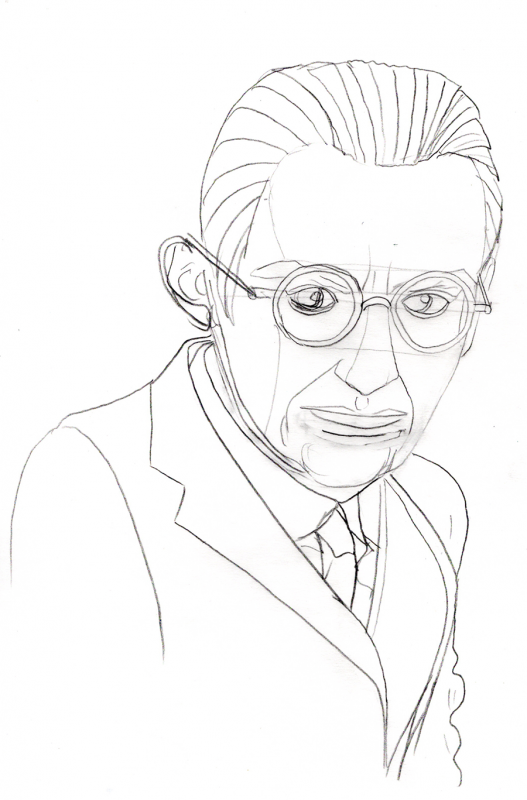 The original? Below, from a Nature article (Credit: Alfred Eisenstaedt/ LIFE Picture Coll./Getty). 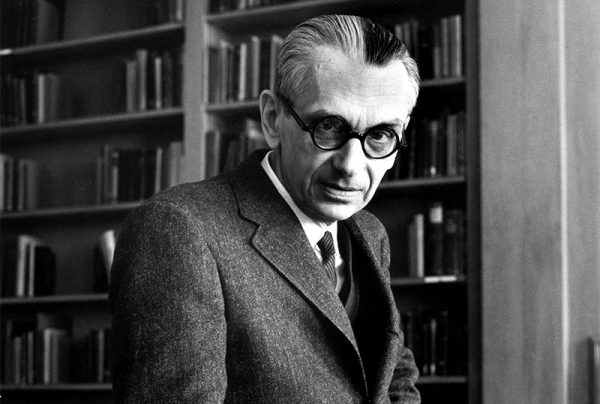 My drawing … sorta looks like the guy? I still think I can do better, particularly in making faces longer and narrower (a problem I had with the Eleventh Doctor as well). But still …