The Soul is the Form of the Body 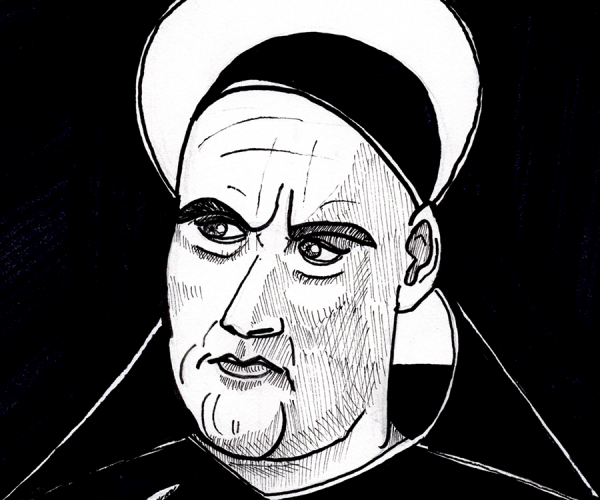 If you’ve ever gone to a funeral, watched a televangelist, or been buttonholed by a street preacher, you’ve probably heard Christianity is all about saving one’s immortal soul – by believing in Jesus, accepting the Bible’s true teaching on a social taboo, or going to the preacher’s church of choice.

(Only the first of these actually works, by the way).

But what the heck is a soul? Most religious people seem convinced that we’ve got one, some ineffable spiritual thing that isn’t destroyed when you die but lives on in the afterlife.  Many scientifically minded people have trouble believing in spirits and want to wash their hands of this whole soul idea.

Strangely enough, modern Christian theology doesn’t rely too much on the idea of the soul. God exists, of course, and Jesus died for our sins, sending the Holy Spirit to aid us; as for what to do with that information, theology focuses less on what we are and more on what we should believe and do.

If you really dig into it, Christian theology gets almost existential, focusing on us as living beings, present here on the Earth, making decisions and taking consequences. Surprisingly, when we die, our souls don’t go to heaven: instead, you’re just dead, waiting for the Resurrection and the Final Judgement.

(About that, be not afraid: Jesus, Prince of Peace, is the Judge at the Final Judgment).

This model of Christianity doesn’t exclude the idea of the soul, but it isn’t really needed: When we die, our decision making stops, defining our relationship to God, which is why it’s important to get it right in this life; when it’s time for the Resurrection, God has the knowledge and budget to put us back together.

That’s right: according to the standard interpretation of the Bible as recorded in the Nicene creed, we’re waiting in joyful hope for a bodily resurrection, not souls transported to a purely spiritual Heaven. So if there’s no need for a soul in this picture, is there any room for it? What is the idea of the soul good for?

Well, quite a lot, as it turns out.

The theology I’m describing should be familiar to many Episcopals, but it’s more properly Catholic, and more specifically, “Thomistic”, teachings based on the writings of Saint Thomas Aquinas, a thirteenth-century friar who was recognized – both now and then – as one of the greatest Christian philosophers.

Aquinas was a brilliant man who attempted to reconcile Aristotle’s philosophy with Church doctrine. The synthesis he produced was penetratingly brilliant, surprisingly deep, and, at least in part, is documented in books which are packed in boxes in my garage. So, at best, I’m going to riff on Thomas here.

Ultimately, that’s for the best. Aquinas’s writings predate the scientific revolution, using a scholastic style of argument which by its nature cannot be conclusive, and built on a foundation of topics about the world and human will which have been superseded by scientific findings on physics and psychology.

But the early date of Aquinas’s writings affects his theology as well. For example (riffing as best I can without the reference book I want), Aquinas was convinced that the rational human soul necessarily had to be immaterial because it could represent abstract ideas, which are not physical objects.

But now we’re good at representing abstract ideas in physical objects. In fact, the history of the past century and a half of mathematics, logic, computation and AI can be viewed as abstracting human thought processes and making them reliable enough to implement in physical machines.

Look, guys – I am not, for one minute, going to get cocky about how much we’ve actually cracked of the human intellect, much less the soul. Some areas, like cognitive skills acquisition, we’ve done quite well at; others, like consciousness, are yielding to insights; others, like emotion, are dauntingly intractable.

But it’s no longer a logical necessity to posit an intangible basis for the soul, even if practically it turns out to be true. But digging even deeper into Aquinas’s notion of a rational soul helps us understand what it is – and why the decisions we make in this life are so important, and even the importance of grace.

The idea of a “form” in Thomistic philosophy doesn’t mean shape: riffing again, it means function. The form of a hammer is not its head and handle, but that it can hammer. This is very similar to the modern notion of functionalism in artificial intelligence – the idea that minds are defined by their computations.

Aquinas believed human beings were distinguished from animals by their rational souls, which were a combination of intellect and will. “Intellect” in this context might be described in artificial intelligence terms as supporting a generative knowledge level: the ability to represent essentially arbitrary concepts.

Will, in contrast, is selecting an ideal model of yourself and attempting to guide your actions to follow it. This is a more sophisticated form of decision making than typically used in artificial intelligence; one might describe it as a reinforcement learning agent guided by a self-generated normative model.

What this means, in practice, is that the idea of believing in Jesus and choosing to follow Him isn’t simply a good idea: it corresponds directly to the basic functions of the rational soul – intellect, forming an idea of Jesus as a (divinely) good role model, and attempting to follow in His footsteps in our choice of actions.

But the idea of the rational soul being the form of the body isn’t just its instantaneous function at one point in time. God exists out of time – and all our thoughts and choices throughout our lives are visible to Him. Our souls are the sum of all of these – making the soul the form of the body over our entire lives.

This means the history of our choices live in God’s memory, whether it’s helping someone across the street, failing to forgive an irritating relative, going to confession, or taking communion. Even sacraments like baptism that supposedly “leave an indelible spiritual character on the soul” fit in this model.

This model puts the following Jesus, trying to do good and avoid evil, and partaking in sacraments in perspective. God knows what we sincerely believe in our hearts, whether we live up to it or not, and is willing to cut us slack through the mechanisms of worship and grace that add to our permanent record.

Whether souls have a spiritual nature or not – whether they come from the Guf, are joined to our bodies in life, and hang out in Hades after death awaiting reunion at the Resurrection, or whether they simply don’t – their character is affected by what we believe, what we do, and how we worship here and now.

And that’s why it’s important to follow Jesus on this Earth, no matter what happens in the afterlife.