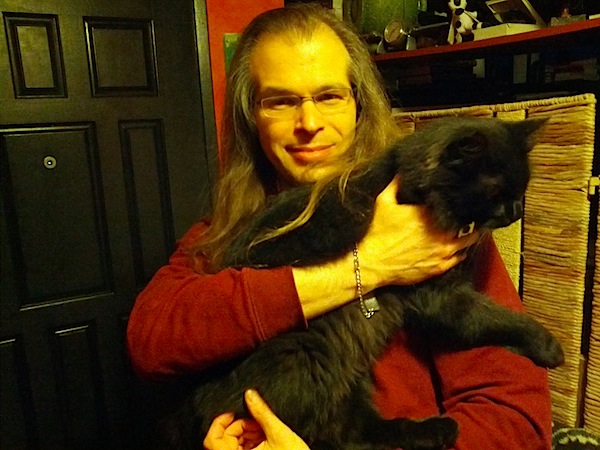 Ok, the above is a rescue cat, but the point remains. In an earlier post I understandably got a bit miffed when moving a folder within Google Drive – an operation I’ve done before, many times – mysteriously deleted over a hundred and fifty files. I was able to rescue them, but I felt like I couldn’t trust Google Drive – a feeling confirmed when the very next time I used it to collect some quick notes, the application crashed.

But I love the workflow of Google Drive – the home page of Google Drive can show you, very very quickly, either your hierarchy of folders, your recently accessed files, or a search of all your files, and once you’ve found a file it appears far quicker than most normal applications like Microsoft Word, Microsoft Excel, or Photoshop. Word, Excel and Photoshop kick Google Drive’s ass on specialized uses, but many documents don’t need that, and Google Drive is a great alternative.

But what about files disappearing? A non starter. However, there are ways around that problem.

Google Drive of course has the ability to export files. You can even export an entire directory in this fashion. If you really want to get serious, you can use Google Takeout, a data migration tool by Google which enables you to export all your Google Drive data, part of Google’s Data Liberation Front.

But all those rely on one time manual operations. I want something that works automatically, so for my money it’s the Google Drive API that really comes to the rescue. That enables developers to create applications like cloudHQ, which syncs between Google Drive, Dropbox and several other services. I’ve tried out cloudHQ experimentally and it works on a single folder.

Next I’m going to try it on a larger scale, though it will require a little re-sorting of how I’ve got Dropbox and Google Drive working. Most likely, I’m going to need to either uninstall Google Drive from my primary computer and sync all its files into Dropbox by CloudHQ, or else manually unsyc certain folders so I don’t get double-storage on this machine.

Regardless, there is a silver lining. Now let’s see if it’s also a silver bullet.