So, it’s coming on like a freight train: the IRONHAND Triathlon, the new evolution of 24-Hour Comics Day that Nathan Vargas and I are hosting at the Alternative Press Expo October 4-5. Actually, it came on so fast, and I had to do so much to prepare for it, that when I had a little trouble finishing this blogpost, the actual event came up before I got back to it! 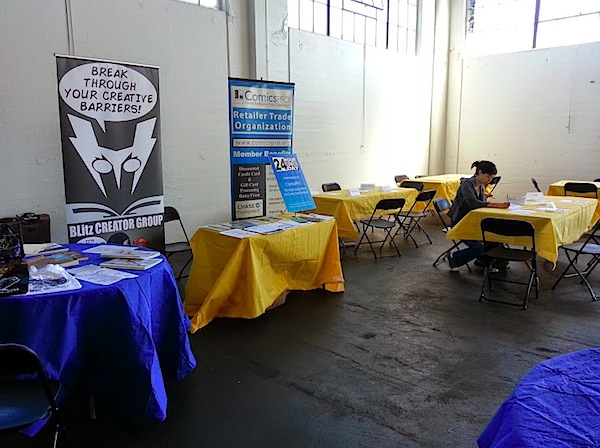 APE is held at Fort Mason this year, and they gave us a space in the back provided by ComicsPRO, the comics retailer’s association. The tables were all right, but once Nathan, my partner in Blitz Comics, arrived and took a look at the scene, he put some thought into it and rearranged the space to make it more inviting. 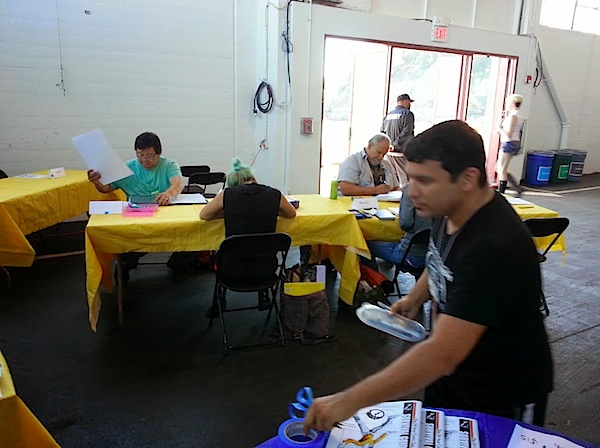 The end result is that our yellow tables made an arrow pointing at the Blitz logo, and there was now a central entry space where Nathan could put information designed to guide creators to “drop in” at the event. 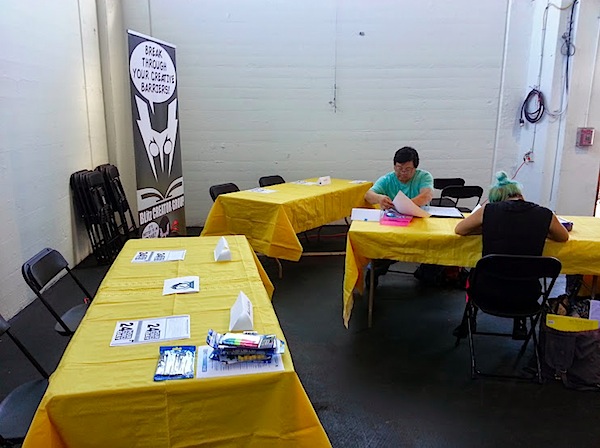 We had seven people signed up for the event, which we marked with nametags. Not all those people showed up, but many did, and we had a sizable table of people tackling at least one leg of the IRONHAND Triathlon. 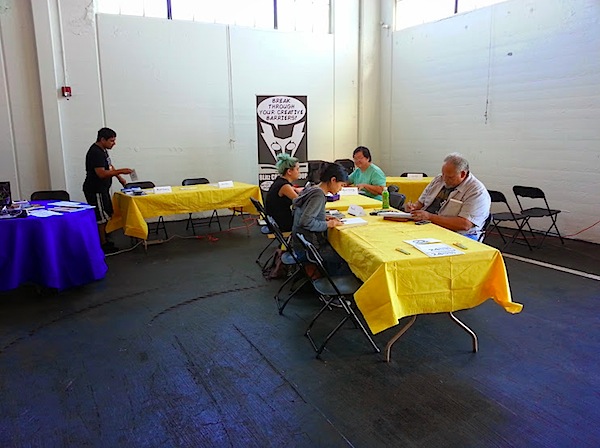 The pure 24 Hour Comic Day experience is unbroken – 24 pages in 24 hours, with no preplanning or preparation. But Fort Mason closes at 7, so we had to break up the event into three shifts of 8 hours each, the first at Fort Mason and the two latter ones nearby. But once we split it up, we decided to evolve the event further, and to encourage everyone to just drop in and draw! 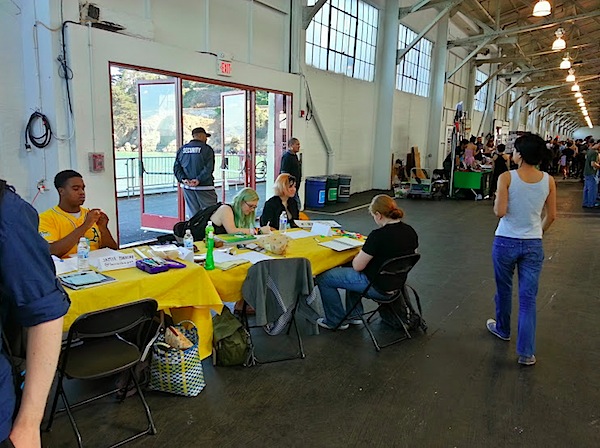 After some iterations on the signage, Nathan hit on “Creator’s Drop In Area” and enough messaging so people knew how to use the space. At the end, we had artists dropping in to draw without us having to explain anything, and I got to kick back at our table and draw and shoot the breeze with Marco of ComicsPRO and with Nathan. 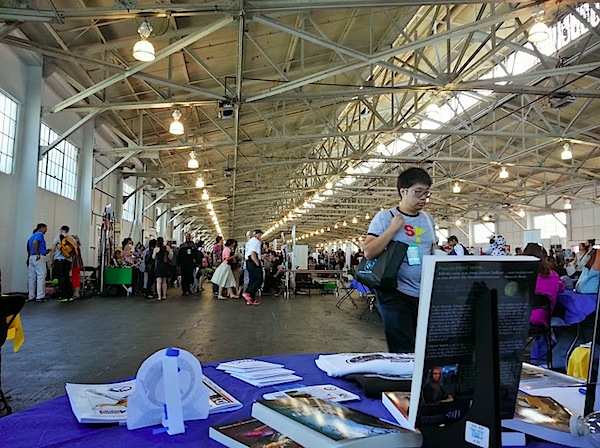 The event was a big success, and we then moved to the Sandbox Suites for the latter half of the event. We were a bit worried as we only had two people join for the overnight session (and one of those got lost in a bus snafu) but after a while we started to have more and more people drop in. 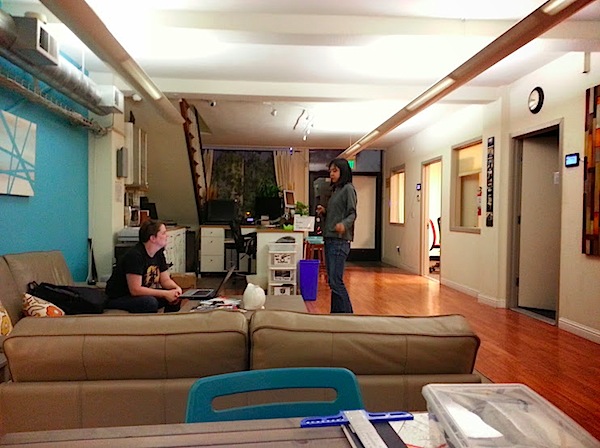 We had the place to ourselves, so creators spread out over a few different rooms. I think we succeeded in creating a creative oasis for our creators, as some who had left earlier made it a point to come back and join us. 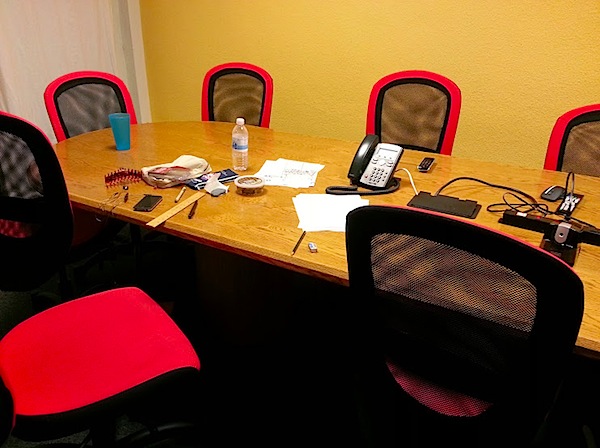 More people joined in the IRONHAND Triathlon remotely, so Nathan is hard at work on the winners certificates, which will have laminated pieces added to them, one for each of the segments of the Triathlon they completed. 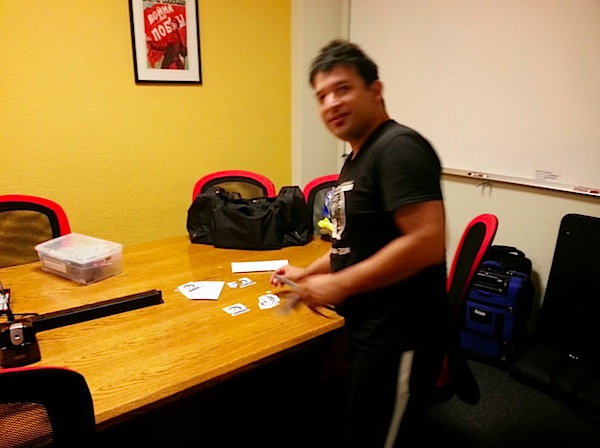 We’re still chugging away, with Paxti’s pizza about to arrive, so I think I’m going to close this blogpost and get back to it. I may not be doing 24 Hour Comic Day this time – I did it last week – but I want all of our creators to be happy.