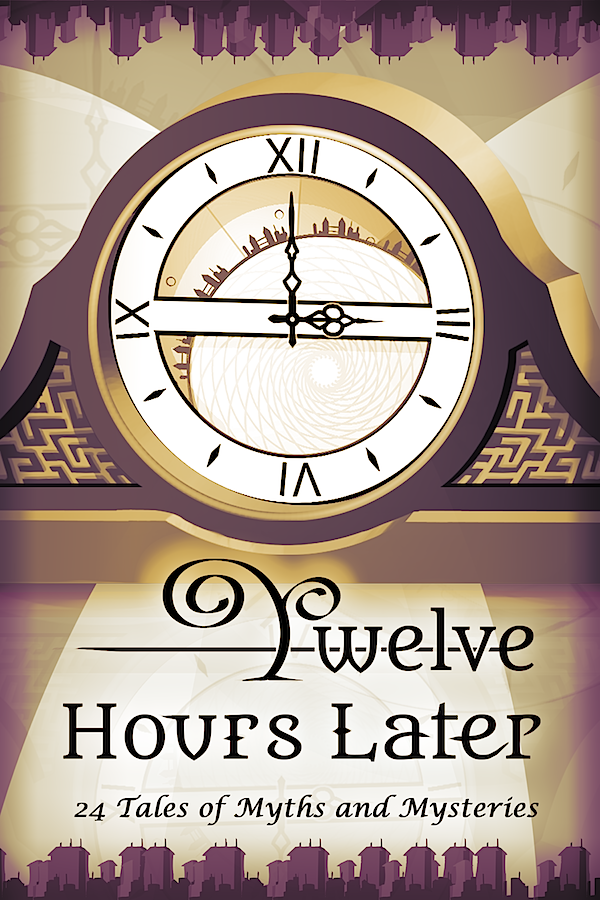 I’m super stoked to announce that Jeremiah Willstone, my favorite steampunk heroine and protagonist of my forthcoming novel THE CLOCKWORK TIME MACHINE, will be appearing in two stories in the TWELVE HOURS LATER anthology!

Created by the wonderful folks at the Clockwork Alchemy writer’s track, this anthology features twenty four short stories each focusing on a single hour of the day. My two stories are 3AM – “The Hour of the Wolf” – and 3PM – “The Time of Ghosts”.

Jeremiah Willstone ran full tilt down the alley, the clockwork wolf nipping at her heels.

Her weekend had started pleasantly enough: an evening’s liberty from the cloisters of Liberation Academy, a rattling ride into the city on a battered old mechanical caterpillar—and eluding the proctors for a walking tour of Edinburgh with a dish of an underclassman.

Late that night—or, more properly early Halloween morning—the couple had thrown themselves down on the lawn of the park, and his sweet-talk had promised far more than this ersatz picnic of woven candies and braided sweets; but before they’d found a better use for their Victoria blanket … Jeremiah’s eyes got them in trouble.

“Whatever is that?” she asked, sighting a glint running along the edge of the park.

“Of brass?” Jeremiah asked, sitting up. “With glowing eyes, I note—”

Uh-oh! What have our heroes found? And what will happen later … at 3PM, the time of ghosts?

Half a mile under Edinburgh Castle, lost in a damp warren of ancient masonry lit only by his guttering candle, Navid Singhal-Croft, Dean of Applied Philosophy at Liberation Academy, wished he’d paid more attention to the ghost stories his cadets whispered about the tunnels.

Of course, that was his own fault: he led the college of sciences at the premiere military academy in the Liberated Territories of Victoriana, and he’d always thought it his duty to drum ghost stories out of the young men and women who were his charges, not to memorize them.

Now was the time, but where was the place? A scream echoed in the dark, very close—and eerily familiar. Shielding his candle with one hand, Navid ran through crumbling brick and flickering light, desperate to find his father before the “ghost” claimed another victim.

If he couldn’t rescue his father … Navid might never be born.

DUN DUN DUNNN! What’s going to happen? You’ll have to buy the anthology to find out!

Stay tuned to find out where to purchase it! I’m assuming that will be “everywhere”.