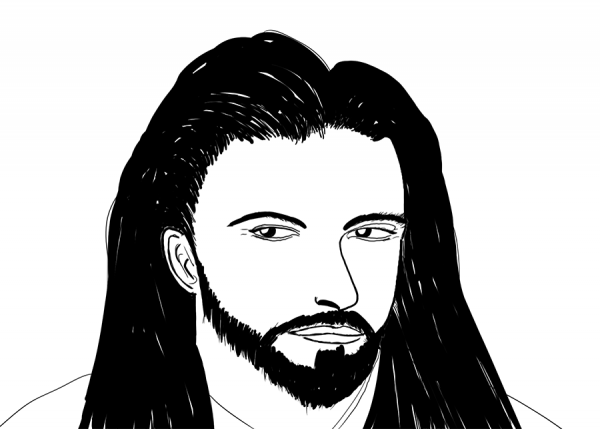 I know, I know, that seems obvious: His name is on the tin. Jesus Christ – Christianity, right? But it’s surprising to me sometimes how non-obvious that is, or how often people who claim to be Christians don’t seem to be putting that first.

Now, a fundamentalist might tell you that you need to turn to the Bible to know Jesus, and I’ve had Baptists tell me there’s only one true interpretation of the Bible which determines the correct doctrines, which sounds very Catholic in its curation of official doctrines collated as dogma.

But in the violent arguments that sometimes follow, the participants rarely seem to come back to the name Jesus. They’ll argue that you must read your Bible, or that belief in evolution makes you an atheist, or that breaking from church teachings cuts you off from grace and makes you an apostate.

Where is Jesus in all that? He’s not.

Even in church board meetings, when we’re worrying about our tight budgets, supporting our ministries, and our fellowships with other churches, I frequently find that the discussion rarely comes back to Jesus. Even though drawing people to Christ is in our mission statement, we get bogged down with details.

When it’s my turn to speak, I bring up Jesus’s name in a way that’s relevant, and let the Spirit guide me through the rest. Think of it as a high-powered version of What Would Jesus Do, but instead leading to questions like, “If this budget exists to draw people to Jesus, how would He want us to use it?”

Which leads to the question, what does following Jesus mean?

That’s a big question, but first off, Jesus says “Be not afraid!” Actually, he says that quite a bit, more than a dozen times in the New Testament. He also says, “Repent!” over a dozen times – meaning, change your mind to change the way you live, breaking your commitment to the things you’re doing wrong.

Change is scary, because we’re often surprisingly committed to the things that we’re doing that are wrong. We find it hard to give them up, which is one reason why Lent is important – it asks us to give things up temporarily, to help us build up the muscles we need to quit things forever.

So following Jesus involves fearless repentance. But what is wrong, and how should we turn to the right, and how do we manage the scary thought that the things we’re doing may be things we should abandon? Well, to me, the reason Christianity is named after Jesus is that He’s the answer to all three questions.

Jesus Christ isn’t the typical “first name – last name” combination familiar to modern Western audiences. The “Jesus” part is His actual name, but in that’s actually a twice-removed transliteration to English through Greek of the original Hebrew “Yeshua”, which roughly means “God saves”.

The “Christ” part is a title – which is why sometimes you hear of the man referred to as “Jesus, son of Joseph from Nazareth” as “Christ Jesus”. Christ originally meant “the anointed one”, but in Christian theology it came to mean the “messiah”, or Savior.

So Jesus Christ means God saves, twice over. But what does that mean? Jesus saves who from what?

Well, He saves us from the consequences of our bad choices. In Christian theology, our sins merit punishment, but Jesus’s death on the cross was a sacrifice which blots all that out – so there’s no need to be trapped in sin for fear that you won’t be forgiven: repentance comes at no cost, thanks to Jesus.

That manages the fear, but what are we doing wrong? Jesus said the two greatest commandments are loving the one God and loving your neighbor as yourself. In practice, I think this means putting nothing above doing the right thing, and making sure we treat others as we wish to be treated.

Jesus says all religious laws are ultimately derived from these foundations. This gets tricky in practice, because there are many rules written down in the Bible and put forth by churches and passed into law by the hands of man, and its hard to follow them all. In fact, sometimes they don’t even seem to be just.

That’s where Jesus comes in again. Over and over in the New Testament, people ask questions of Jesus about how different rules and laws conflict. Again and again, He responds not by picking one rule over the other, but by asking the question of what principles are at stake, and what outcome is good?

That’s how Jesus outwitted the challengers who asked whether it was legal to heal someone on the Sabbath: “Which is lawful on the Sabbath, to do good or to do evil, to save life or destroy it?” Again and again, Jesus asks basic questions like these, using an almost scientific mindset applied to ethics.

In fairness to my Christian brethren, I got to this understanding by reading the Bible to find out who Jesus was, by debating doctrine with my Baptist friends, by learning Catholic dogma, and by ultimately coming to my own conclusions in the Episcopal tradition, combining scripture, tradition and reason together.

But I think these principles are universal. Whether you’re a Christian or not, you can look honestly at what you’re doing, decide whether it’s right or wrong, and put aside the wrong in favor of the right. You shouldn’t be afraid to do so, because choosing to do the right thing is its own reward.

There always is a better way, and you’re always free to choose it.

To me, that’s following Jesus, and is the bedrock principle of Christianity. Of course, there’s more: Christians believe in Jesus as a divine member of the Trinity, one God in three Persons. But I don’t think the principles of Christianity are true because Jesus said them; I think He said them because they’re true.