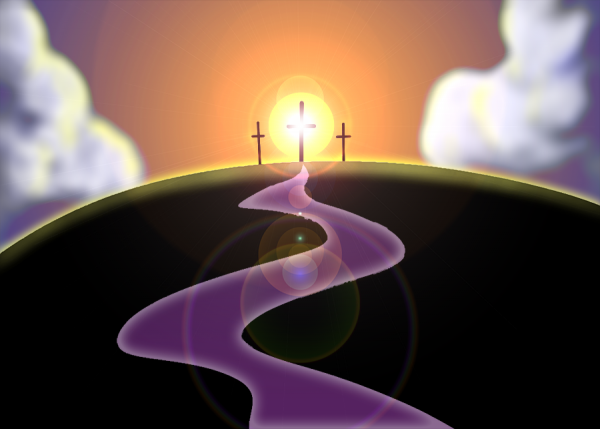 “Two thousand twenty-one” in our calendar marks two millennia, give or take, since the birth of Jesus, the founder of Christianity, the world’s largest religion. Today, “Ash Wednesday” in the Christian calendar marks the beginning of Lent, the solemn observance of Jesus’s Crucifixion.

You can follow the links to find out what Lent and Ash Wednesday and Christianity and the Crucifixion mean to other people. But what I want to tell you about what they mean to me. Lent has always been a time for me to reconnect with my own faith, and each year I do that a slightly different way.

Lent celebrates Jesus’s Resurrection, when He turned death into new life – and turned failure as a regional preacher into success at creating a world-spanning church. Prior to His death, Jesus went into the wilderness and was tempted for 40 days, which Christians emulate by giving things up for Lent.

Well, the pandemic has knocked a loop for most of the things that I normally give up for Lent: giving up meat (I’m mostly eating vegan), giving up alcohol (I try to avoid drinking at home), giving up soda (long story). While I’ve been blessed to not be starving this pandemic, it’s still been a time of deprivation.

Normally I try not to talk about what I’ve given up for Lent – on the principle Jesus puts forth in Matthew 6:5 that praying for show is its own reward – that is, no reward at all. But again, flipping it on its head entirely, if I’ve taken on something good for Lent, why not take on something to share with everyone?

So, like my Drawing Every Day series, for the next forty days, I’m going to blog about what Lent means to me. And the key meaning of Lent, for me, is reconnection – dare I say, Resurrection? Christianity is supposed to be a “catholic” religion – catholic, meaning “universal,” a religion for everyone.

The universality of Christianity means that it’s for everyone. Everyone has free will. Everyone can screw up. Everyone can feel a loss of connection to God. And Jesus’s role was to light the way – taking on our screwups in His death, and washing them away in His Resurrection.

SO, in the coming weeks, I hope to show you what I’m trying to connect back to every Lent. For some of you, this will be bread and butter; for others, this will be alien. Regardless, I hope I’m going to be able to leave you with an understanding of why every year I walk the path of Lent towards the Resurrection.

Published in Artworks, Religion and Sketchworks