Posts tagged as “Across the Transfinite Canvas” 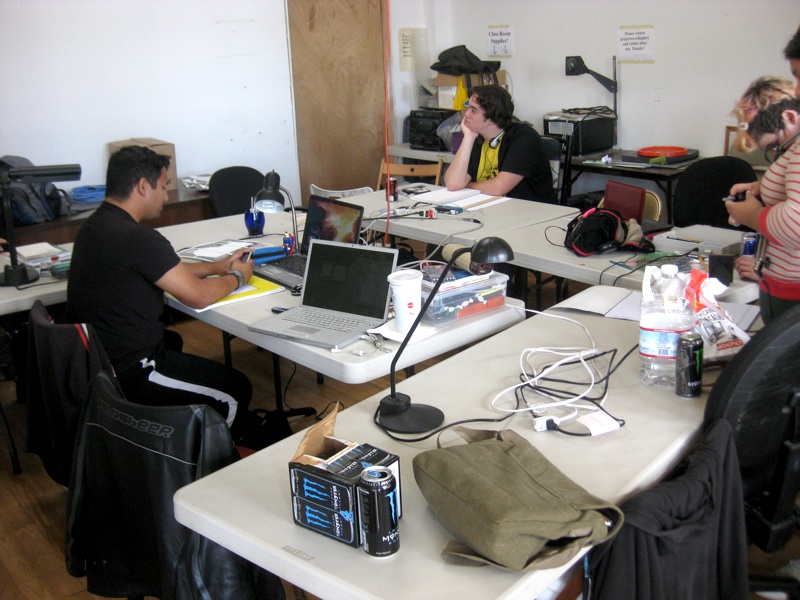 SO once again I'm participating in 24 hour comics day, the insane attempt to complete a new 24 page comic from scratch in 24 hours. Add to that that I've gotten less than 8 hours of sleep in the past 48 hours because of food poisoning, fully expect the food poisoning to kick back in in about 12 hours, and the fact I need to go back to my church and set up some tables, I think this is more likely going to be a 4 hour comics day. :-( However, I'm not going to bail too early: my buddy Nathan Vargas has shanghaied me up to Noisebridge in San Francisco, a great shared hacker space you can see below. So here goes nothing! TRANSNEWTONIAN OVERDRIVE: The Front begins now... 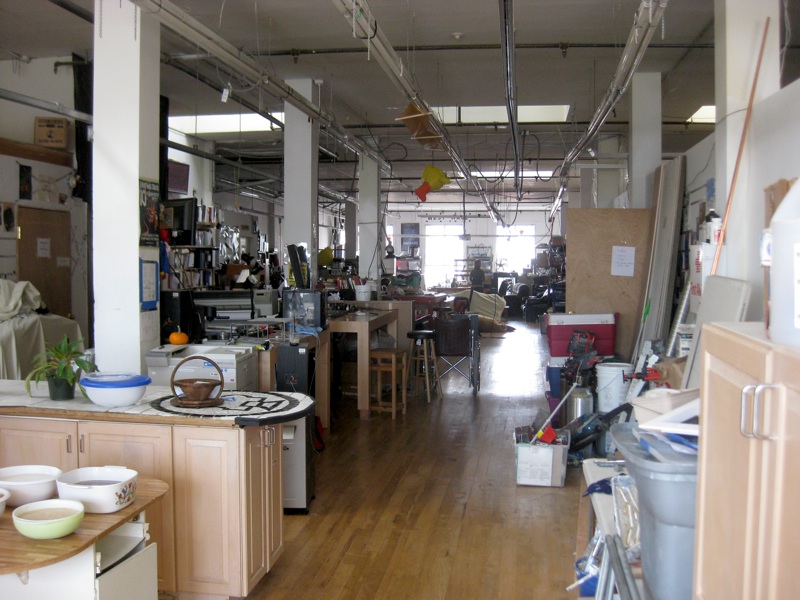 Cool, eh? I'm not making any appearances or doing any signings, but I am soaking it all in and working hard on the draft of Dakota Frost Book 3, LIQUID FIRE. -the Centaur

0
Warren Ellis's comic Red is being made into a movie, and a friend of mine commented how reasonable Warren Ellis seems to be about adaptation (as opposed to, say, Alan Moore, who is of course entitled to his own opinion). From Warren Ellis's blog:

http://www.warrenellis.com/?p=8099 The tone: no, the film isn’t as grim as the book. The book is pretty grim. But it’s also pretty small. When I sell the rights to a book, they buy the right to adapt it in whatever way they see fit. I can accept that they wanted a lighter film, and, as I’ve said before, the script is very enjoyable and tight as a drum. They haven’t adapted it badly, by any means. People who’ve enjoyed the graphic novel will have to accept that it’s an adaptation and that by definition means that it’s going to be a different beast from the book. The film has the same DNA. It retains bits that are very clearly from the book, as well as, of course, the overall plotline. But it is, yes, lighter, and funnier. And if anyone has a real problem with that, I say to you once again: Helen Mirren with a sniper rifle. I mean, if you don’t want to see a film with Helen Mirren with a sniper rifle, I’m not sure I want to know you.

Amen to that. -the Centaur

So I'm a fan of the highly obscure but highly funny comic "Bear and Fox" - with cute characters, a wry sense of humor, and a nerd factor of approximately 9.0 on the Geek Hierarchy scale, it's right up my alley. Well, Randall Christopher, the creator of Bear and Fox, is at it again, and is looking from some help kickstarting the project! Very well then, so noted. I never knew Jon was actually a prisoner in Garfield's police state ... it makes Garfield minus Garfield all the more poignant! (Note: I actually loved Garfield as a child, though I haven't kept up with daily newspaper strips as I no longer subscribe to a newspaper. And Jim Davis loves Garfield Minus Garfield - hopefully he'll get the same kick out of Bear and Fox). SO ANYWAY, help Randall Christopher help Bear and Fox save Jon from Garfield. Because, goodness knows, Jon's not going to do it himself...

UPDATE: The Kickstart was successful! Here's to Bear and Fox 2!