0
So why is it when I read a book on five dimensional physics... 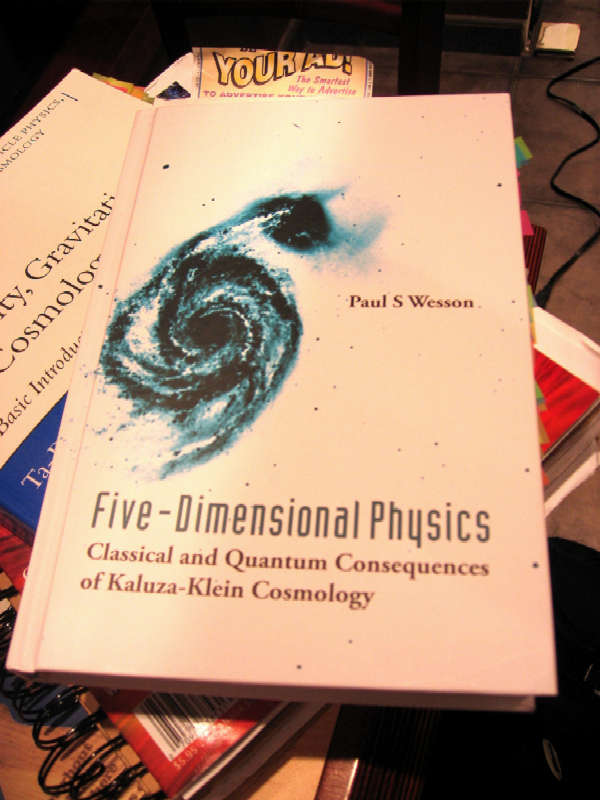 0
(Apologies for the repost ... testing out Blogger 2.0's new Labels feature)
Physics and Beyond by Werner Heisenberg
An amazingly human book about physics. In deeply personal terms, Heisenberg tells how he grew from a war-tossed youth to an elder statesman of physics. His thesis is that physics is more than just experiments, numbers and math; instead, it is a deeply social process of discussion among physicists trying to understand the world experiment reveals around them. He weaves an idyllic picture of the interchange among the physicists of his generation, portraying the quantum mechanics as emerging not from dry scientific discussions but from vigorous literary, philosophical and religious interchanges, shared excitement and brassy poker games, and invigorating hiking, mountain climing and sailing adventures. Heisenberg carefully picks out key conversations during his life that ultimately led to the Uncertainty Principle that bears his name, interwoven with key turns of events that illuminate the slow disintegration of Germany leading up to World War II. We watch the idealistic, musical Youth Movement of his childhood degenerate into an edgy conversation with a Hitler Youth member who overhears Heisenberg playing. We see his despair as he is conscripted into the atomic bomb program and tries to steer it towards nuclear piles, rather than nuclear bombs. And we follow him through harrowing bike rides through the lines, the rescue of an old man from a burning house, the shock of an avalanche and an encounter with an unexpectedly friendly American bear.

0
Which one, you ask? Oh. Let's see... uh, well, first of all, in health the low levels of radiation used in X-rays may pose a cancer risk after all, though it is a slight one - but on the other hand moderate sun exposure, long-derided for its potential for skin cancer, may prevent more cancers than it causes by helping the body generate cancer-fighting vitamin D. Or in particle physics and cosmology, it's hard to keep track of who's found a crack in the Standard Model and the Big Bang theory this week ... and which of those from last week have then been labeled crackpots this week.

But the theory I was actually thinking of was the traditional story of how humans got to the New World: by a land bridge, 11,000 years ago. According to New Scientist, 40,000 year old footprints preserved in ash may upset this view. The scientists who discovered and studied the footprints have no idea how humans got there so early --- but they are confident enough about the the dating of their footprints to ask other scientists to check their work.

This isn't the first time that evidence has surfaced that humans were there earlier, but traditional scientists wanted to ignore the evidence in favor of their models: "The conventional view is that humans arrived in the Americas via Beringia around 11,000 years ago, when a land bridge became available between Siberia and Alaska. There have been claims about earlier waves of settlers, who must have made the crossing over water, based mainly on sites with signs of habitation dated up to 40,000 years ago, but these claims have drawn intense criticism."

SO obviously this new evidence will need to be carefully vetted, as the scientists who put it forward themselves claimed. But, in the end, the truth will come out, found by people who are willing to look clearly at difficult problems with an open mind, clearing away the smudges from the screen until the phenomenon can be seen clearly, or not at all. The truth does NOT come to those who reject the data before them out of hand, on the specious principle that "extraordinary claims require extraordinary evidence": that kind of thinking caused people to deny the movement of the Earth around the Sun, or of the continents upon the Earth, or of rocks from the sky to the Earth itself.

On that note, and of those people, I am reminded of Thomas Jefferson's thoughts on meteorites: "Gentlemen, I would rather believe that two Yankee professors would lie than believe that stones fall from heaven."

I, on the other hand, think we should let the data speak for itself. 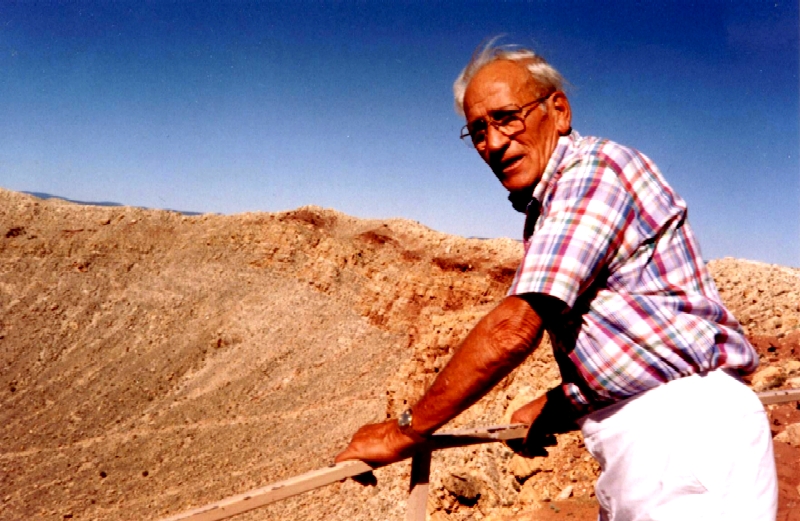 Your Cometbuster Deformed My Horoscope

0
Been feeling "off" lately? Does your daily horoscope no longer seem SO relevant just to you? Well, now we know why: 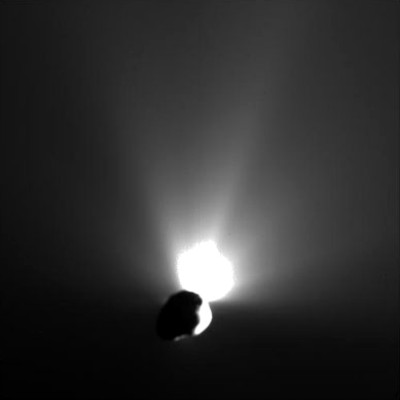 In the wake of the successful Deep Impact probe, an astrologer is now suing NASA over the irreparable harm it caused to "the natural balance of the forces of the universe."

Whoops. Sorry about that. For those who have been suffering more long-standing dysphoria, however, NASA scientists had this to say:

We had nothing to do with it.

Termination Shock: Welcome to the Unbound

0
Voyager 1 has entered the termination shock. Mankind at last takes a step outside the solar system.

To quote the Bentusi from "Homeworld": Welcome to the Unbound.

0
I just had some pictures developed and found these gems from my November 2003 trip to the Stanford Linear Accelerator:

Some of the other pictures developed are so old that, well,
let's just say that half the couples in one Christmas shot are
either getting divorced or have been for some time now.