Nano Rules That Lead to Progress 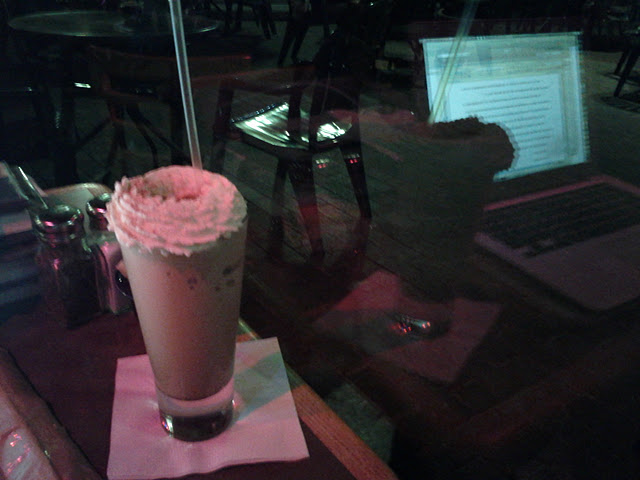 This is my sixth year attempting Nanowrimo and my sixth (and seventh) Nano book, and I’ve learned to adopt a few rules to help make the thing progress.

Finally, one more word of wisdom. Don’t start work on your second Nano book until you’ve finished your daily quota for the first. It’s better to finish one book than it is to have two half finished books in the month. Remember, it’s better to be done! In fact, I’ll go further and say you should take a little break between the two of them, to say, for example, blog your Nano writing rules, just so you’ll tackle the second book fresh. This advice only applies to insane people trying to do 2 novels in Nano.

So, the result of me following these rules? 3500 words done today on HEX CODE: 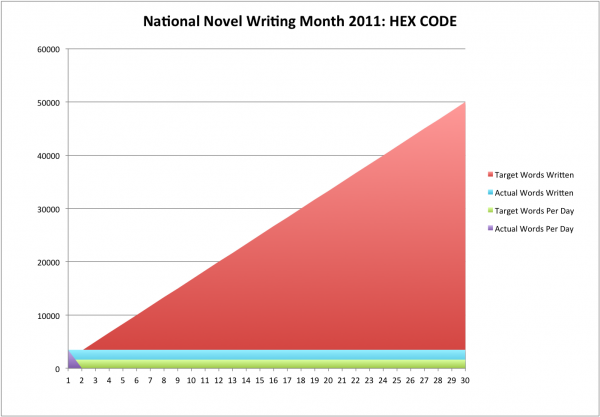 And seriously, I’m only 96 extra words into STRANDED. Instead of trying to complete two Nano books, I’m going to try to make progress on completing my beta reader draft of STRANDED during my Nano downtime, as long as I’m making ahead-of-schedule progress on HEX CODE.

And if I finish that … THEN I can think of tackling STRANDED as a second Nano.