Last gamma comments for STRANDED in… 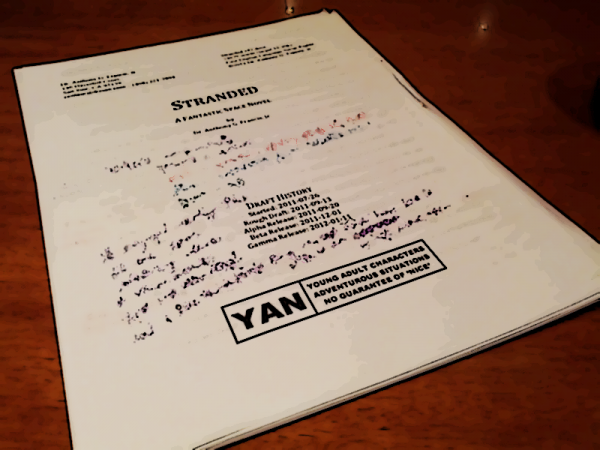 Alright, the last gamma reader comments for “Stranded” are in. (Gamma, because this is actually the second round of beta readers. 🙂

“Stranded” is the first novelette of three in a planned YA space adventure novel with the working title MAROONED. This will be part of a trilogy including MAROONED, PURSUED, BESIEGED, SHANGIAIED, COMMANDEERED … oh damnit I’ve done it again, haven’t I?

“Stranded” is also the novelette I adapted for 24 Hour Comics Day. Don’t know if I’ll get back to that as I have already 3 books plotted out in this series and parts of the next two outlined.

Hope to get “Stranded” the novelette out to the editor in the next two weeks for inclusion in an anthology maybe later this year (with MAROONED coming out next year we hope). When “Stranded” is away, then it’s back to LIQUID FIRE (finishing the draft) and THE CLOCKWORK TIME MACHINE (polishing the draft to send to beta readers).