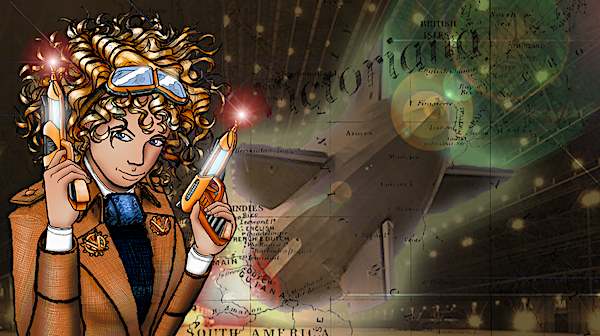 This month, I’ll be talking about women’s history on the Adventures of Jeremiah Willstone site!

Jeremiah’s world is one in which women’s liberation happened a century early, so, with twice as many brains working on hard problems, they’re more advanced in 1908 than we are today – but that doesn’t mean we’re not trying! In March, the people of our universe celebrate Women’s History Month as a way to highlight the important parts of our history that might otherwise be forgotten, and so this month on the Adventures of Jeremiah Willstone I’m going to highlight various figures in women’s history and how they inspired various characters in the Jeremiah Willstone series.

I’ll also talk a bit about Women’s History Month, International Women’s Day, and the whole notion of “history months” and how Bayes Rule helps us understand why singling out one group for recognition, which to some people seems prejudiced and unfair, really can be a fair thing if that group has been unfairly treated!