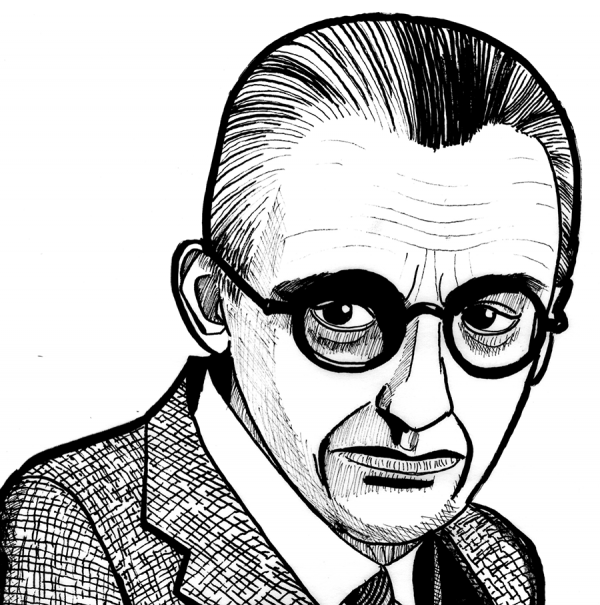 Yesterday I claimed that Christianity was following Jesus – looking at him as a role model for thinking, judging, and doing, stepping away from rules and towards principles, choosing good outcomes over bad ones and treating others like we wanted to be treated, and ultimately emulating what Jesus would do.

But it’s an entirely fair question to ask, why do we need a role model to follow? Why not have a set of rules that guide our behavior, or develop good principles to live by? Well, it turns out it’s impossible – not hard, but literally mathematically impossible – to have perfect rules, and principles do not guide actions. So a role model is the best tool we have to help us build the cognitive skill of doing the right thing.

Let’s back up a bit. I want to talk about what rules are, and how they differ from principles and models.

In the jargon of my field, artificial intelligence, rules are if-then statements: if this, then do that. They map a range of propositions to a domain of outcomes, which might be actions, new propositions, or edits to our thoughts. There’s a lot of evidence that the lower levels of operation of our minds is rule-like.

Principles, in contrast, are descriptions of situations. They don’t prescribe what to do; they evaluate what has been done. The venerable artificial intelligence technique of generate-and-test – throw stuff on the wall to see what sticks – depends on “principles” to evaluate whether the outcomes are good.

Models are neither if-then rules nor principles. Models predict the evolution of a situation. Every time you play a computer game, a model predicts how the world will react to your actions. Every time you think to yourself, “I know what my friend would say in response to this”, you’re using a model.

Rules, of a sort, may underly our thinking, and some of our most important moral precepts are encoded in rules, like the Ten Commandments. But rules are fundamentally limited. No matter how attached you are to any given set of rules, eventually, those rules can fail you, and you can’t know when.

The iron laws behind these fatal flaws are Gödel’s incompleteness theorems. Back in the 1930’s, Kurt Gödel showed any set of rules sophisticated enough to handle basic math would either fail to find things that were true, or would make mistakes – and, worse, could never prove that they were consistent.

Like so many seemingly abstract mathematical concepts, this has practical real-world implications. If you’re dealing with anything at all complicated, and try to solve your problems with a set of rules, either those rules will fail to find the right answers, or will give the wrong answers, and you can’t tell which.

That’s why principles are better than rules: they make no pretensions of being a complete set of if-then rules that can handle all of arithmetic and their own job besides. They evaluate propositions, rather than generating them, they’re not vulnerable to the incompleteness result in the same way.

How does this affect the moral teachings of religion? Well, think of it this way: God gave us the Ten Commandments (and much more) in the Old Testament, but these if-then rules needed to be elaborated and refined into a complete system. This was a cottage industry by the time Jesus came on the scene.

Breaking with the rule-based tradition, Jesus gave us principles, such as “love thy neighbor as thyself” and “forgive as you wish to be forgiven” which can be used to evaluate our actions. Sometimes, some thought is required to apply them, as in the case of “Is it lawful to do good or evil on the Sabbath?”

This is where principles fail: they don’t generate actions, they merely evaluate them. Some other process needs to generate those actions. It could be a formal set of rules, but then we’re back at square Gödel. It could be a random number generator, but an infinite set of monkeys will take forever to cross the street.

This is why Jesus’s function as a role model – and the stories about Him in the Bible – are so important to Christianity. Humans generate mental models of other humans all the time. Once you’ve seen enough examples of someone’s behavior, you can predict what they will do, and act and react accordingly.

The stories the Bible tells about Jesus facing moral questions, ethical challenges, physical suffering, and even temptation help us build a model of what Jesus would do. A good model of Jesus is more powerful than any rule and more useful than any principle: it is generative, easy to follow, and always applicable.

Even if you’re not a Christian, this model of ethics can help you. No set of rules can be complete and consistent, or even fully checkable: rules lawyering is a dead end. Ethical growth requires moving beyond easy rules to broader principles which can be used to evaluate the outcomes of your choices.

But principles are not a guide to action. That’s where role models come in: in a kind of imitation-based learning, they can help guide us by example until we’ve developed the cognitive skills to make good decisions automatically. Finding role models that you trust can help you grow, and not just morally.

Good role models can help you decide what to do in any situation. Not every question is relevant to the situations Jesus faced in ancient Galilee! For example, when faced with a conundrum, I sometimes ask three questions: “What would Jesus do? What would Richard Feynman do? What would Ayn Rand do?”

These role models seem far apart – Ayn Rand, in particular, tried to put herself on the opposite pole from Jesus. But each brings unique mental thought processes to the table – “Is this doing good or evil?” “You are the easiest person for yourself to fool” and “You cannot fake reality in any way whatsoever.”

Jesus helps me focus on what choices are right. Feynman helps me challenge my assumptions and provides methods to test them. Rand is benevolent, but demands that we be honest about reality. If two or three of these role models agree on a course of action, it’s probably a good choice.

Jesus was a real person in a distant part of history. We can only reach an understanding of who Jesus is and what He would do by reading the primary source materials about him – the Bible – and by analyses that help put these stories in context, like religious teachings, church tradition, and the use of reason.

But that can help us ask what Jesus would do. Learning the rules are important, and graduating beyond them to understand principles is even more important. But at the end of the day, we want to do the right thing, by following the lead of the man who asks, “Love thy neighbor as thyself.”