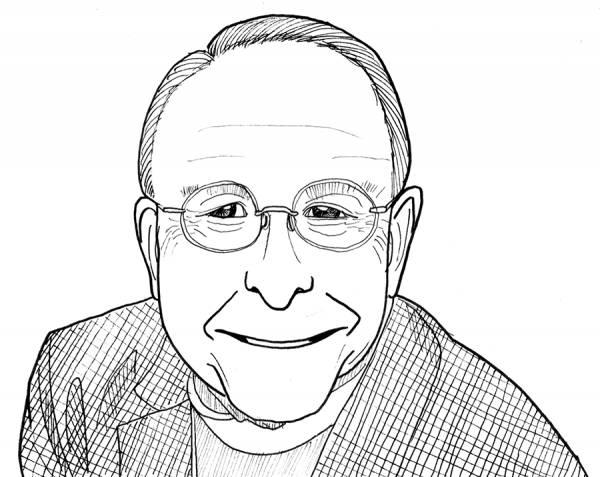 So! The Catholic Church recently refused to bless gay unions on the excuse that “God can’t bless sin.” No big shock, if you’ve been following the development of Catholic theology over the last, say, 2000 years – which, of course, is an explanation, not an excuse; the decision was still wrong.

And it’s wrong, from a Christian perspective, despite the Bible’s condemnations of homosexuality. As Christians, we’re obligated not just to read the Bible and take it out of context to support our social taboos, but to look at the traditions of the Church – and the findings of rationality.

In the case of homosexuality, reason speaks quite strongly: on the one hand, homosexual orientation appears to be very likely innate and is highly resistant to change; on the other, fundamental judgments on relations between individuals should be based on consent, respect, and mutual benefit.

That last bit is important. While we’ve come to understand we need to treat all individuals with respect, and that just because a relationship fits traditional social norms doesn’t mean it is healthy – sin exists in heterosexual relationships in the form of abuse – we shouldn’t throw the baby out with the bathwater.

In the same way, Old Testament prohibitions against sexual immorality reduced the spread of venereal disease and discouraged children being born outside of stable homes – which is why the Catholic Church’s opposition to contraception is, in many ways, precisely backwards.

Speaking as a bisexual man, I’m glad that our modern model of sexual relations shows greater respect for each individual human being’s sexual expression than the one expressed in the Old Testament, but I can’t help but wonder whether those prohibitions were a crude hammer to stamp out a disease vector.

Our bodies are designed to work in certain ways by evolution; our human minds can hack this to enable two people with differently wired lovemaps to have fulfilling relationships. But doing that was harder, and more error-prone, in the days prior to modern medicine and modern contraception.

More generally, whenever we try a new way of doing things – be it as simple and uncontroversial as a new way of cutting bread, or as complicated as trying to provide adequate medical, social and relationship support to individuals with gender dysphoria – it takes time to get it right.

And religion hangs on to traditional ‘truths’. That’s what it does. That’s what it’s for. So it doesn’t surprise me that the Catholic Church isn’t quite ready to bless gay unions. Even though Pope Francis doesn’t believe he should be judging gay people, actually blessing their unions would be a big change.

One of my churches in Greenville considered splitting off. Most churches I attended discussed it. At one such meeting, my opinion was asked. And as you might expect, my opinion ain’t that simple. Because a Bishop not just a priest with a funny hat – they’re held to a higher standard.

Bishops are successors of the Apostles. They’re expected to lead a faith community. And in 1 Timothy 3:2, Paul lays out a list of qualifications: “A bishop then must be blameless, the husband of one wife, vigilant, sober, of good behavior, given to hospitality, apt to teach; not given to wine, no striker …”

The list goes on. It’s all good stuff, suggesting that bishops should be people of morally upstanding character. And so what’s the problem with making a gay man a bishop? Not, to me, the traditional prohibitions against homosexuality … but that the Church hadn’t figured out how to marry them yet.

Not that a bishop had to be married, of course, but at the time, gay people who wanted healthy fulfilling relationships had to go outside the relationship forms blessed by the Church. So consecrating a gay man at the time meant asking someone to take a vow which conflicted with their committed relationship.

I said as much to the priest I was talking to: that bishops were supposed to uphold higher standards of behavior, and if we wanted to elect a gay bishop who was in a committed relationship, we should develop an understanding which supported marriage rites for gay people and make sure the relationships work.

Yes, it makes a lot of sense – if you listen to Paul’s very reasonable statements about bishops, if you come from our traditional background which not only didn’t have support for homosexual relationships, but which only contained condemnation – to “wait” to “work out all the details.”

But Jesus wouldn’t wait: if it was good, he’d go ahead and do it. Jesus is the man who’d pull the oxen out of the well on the Sabbath day, who’d help the Samaritan woman despite the local prejudice, who’d tend to the wounded man on the road despite the religious differences.

It isn’t the traditional forms of our society that determine whether a relationship is good or bad: it’s our decision to follow Jesus, to turn to the good, and our recognition that, in the Catholic faith, we must treat each person with respect, to love them as we would be loved.

Though Jesus will always be there, ready to point towards a better way.

He’s just not going to wait for the rest of us to get started.