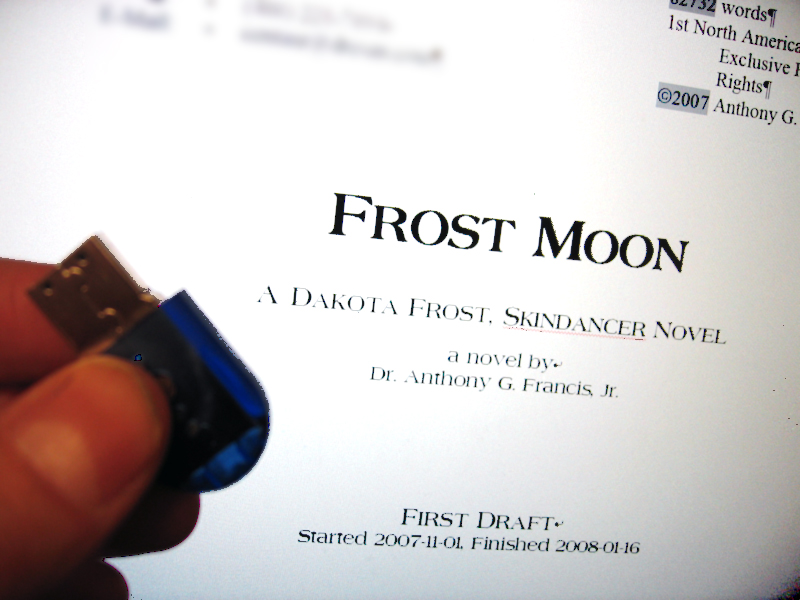 While I have started many novels and written many short stories, Frost Moon is only the second novel I've managed to complete --- thank you, Nanowrimo. The first was a much longer epic science fiction novel, homo centauris, that I wrote over fifteen years ago (has it been that long?) but which I never managed to get published. I worked on several others since then, but the closest to completion is an earlier Nanowrimo entry, tentatively titled Deliverance, set in the same universe, which I plan to finish while my alpha readers tackle Frost Moon.

Whew. I feel like celebrating --- but why do I not feel like taking a break?
-the Centaur

The first draft of "Frost Moon" is now at 75,000 words. It's turning out longer than my previous estimate (no big surprise for anyone who has suffered through all 698 pages of my Ph.D thesis) but since it is just a few chapters shy of being done I don't think it will be much longer ... somewhere between 80,000 and 90,000 words.