SO as many of you may know I'm a big fan of coffeehouses and sandwich shops: they're quiet places where you can chill out, have a nice meal, focus on your book, and, if wifi-enabled, whip together a decent blog entry with free refills on your soda. 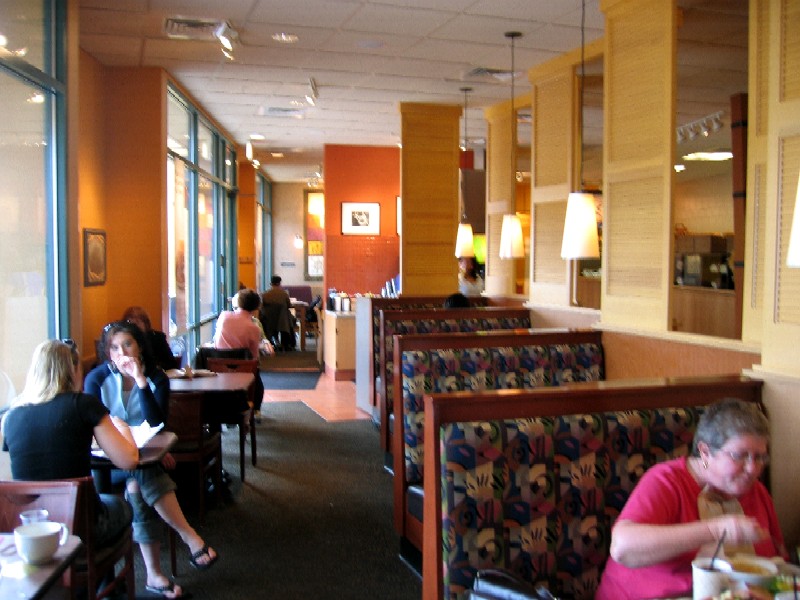 And my favorite of all sandwich places? A tight, long-running contest between Panera Bread (nee Saint Louis Bread Company) and Atlanta Bread Company (especially the one near Perimeter Mall in Atlanta).

Now, I've been eating and reading since I was a kid, but my love of sandwich shops I think really started with Le Boulanger in Menlo Park during my internship at SRI. Since then, however, Atlanta Bread Company and Panera Bread became my favorites because of their high quality, good portions, salad/sandwich combos, nutrition information available online, and good iced tea.

But it may take a while before Atlanta Bread Company comes to California, and as part of the Big Adjustment I've been looking for a replacement. Up till now I've had little luck - the sandwiches at the search engine that begins with a G are good but not Panera-grade, and Le Boulanger in Mountain View, while very nice, is somehow not quite the same.

So imagine my delight when I find that a Panera Bread has opened in Cupertino! I found it of course with Google Local, which lets you ask questions like "panera bread near mountain view, california" and get coherent answers, along with a nice map interface that will lead you right to a place like this on Steven's Creek Boulevard in Cupertino: 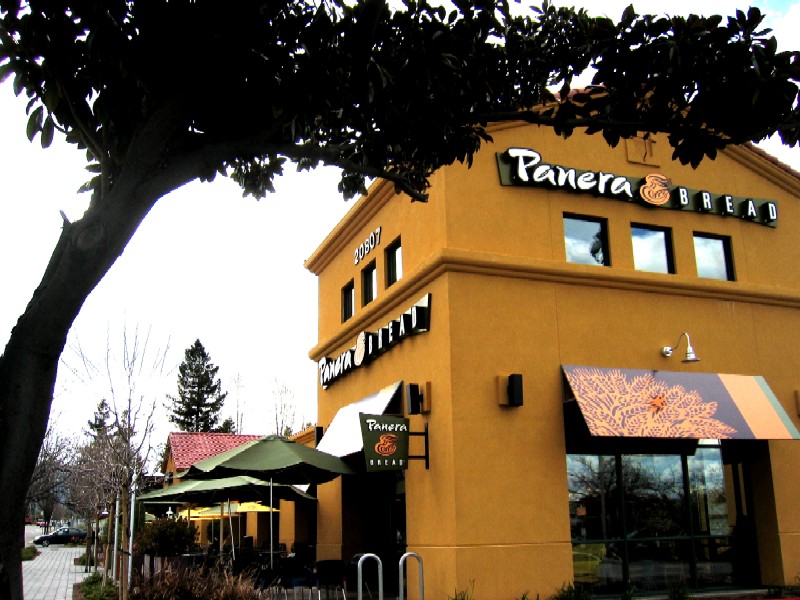 Cupertino is a bustling town perhaps best known for some fruit company, but its charm for me is that it's roughly midway between my new home with its Olive Tree and my new workplace at The Search Engine that Begins with a G. It's blessed with (normally) temperate weather, which is perhaps why when I first showed up the patio was filled with diners (most of whom had departed by the time I decided to start taking photos). 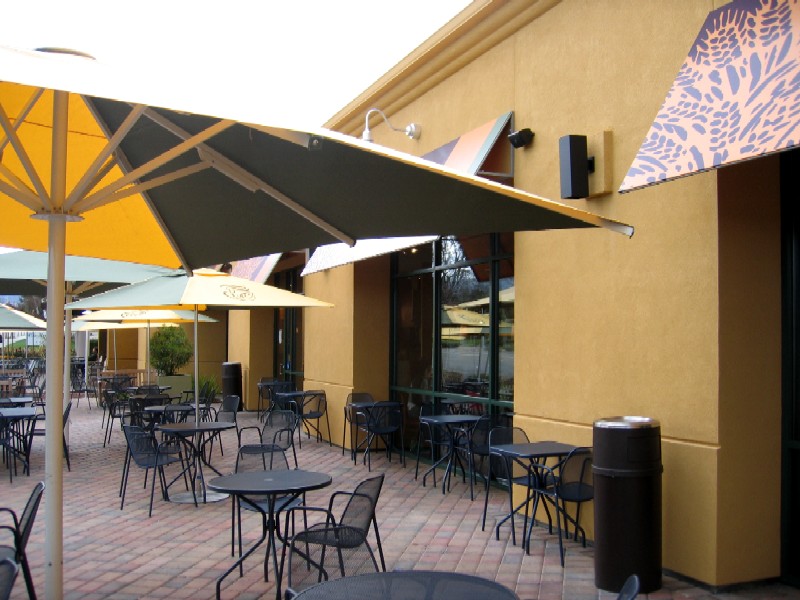 The real delight is inside, however. Panera has a truly staggering selection of breads and pastries, and can assemble these into a wide variety of made-to-order sandwiches and specials that are best topped off with a cinnamon roll that's as asymptotically close to the Platonic Ideal of a cinnamon roll as you're likely to get in this world. (Yes, I read the nutrition info on the cinnamon rolls, and so limit myself to one every other time I go. I enjoy being able to go through the door; this enables me to eat more cinnamon rolls). 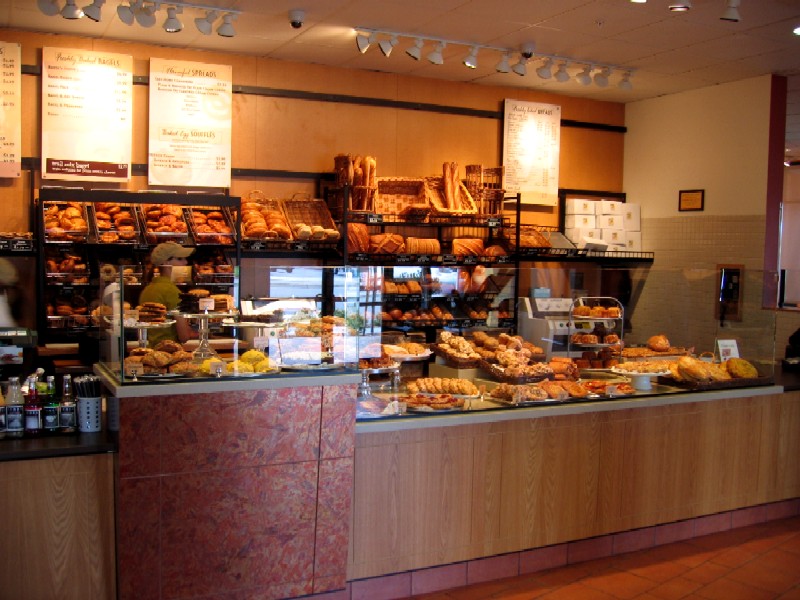 So happily I drop in and order my typical Bacon Turkey Bravo / Asian Chicken Salad combo (with cinnamon roll, of course), get my iced tea, noticing some guy who'd ordered the same thing get his meal, and sat down to read a book on C++. SO I'm sitting there, reading, having a good time, getting hungrier and hungrier, and eventually realize "this ain't right". So I head up to the counter and ask, and the manager's face flushed and he said, "I'm so sorry, I think somebody snagged it. We'll make you another one right away." I slapped my forehead - the man I'd seen hadn't picked up a meal identical to mine, but instead in identity, mine. Not their fault - but they made me another sandwich anyway. 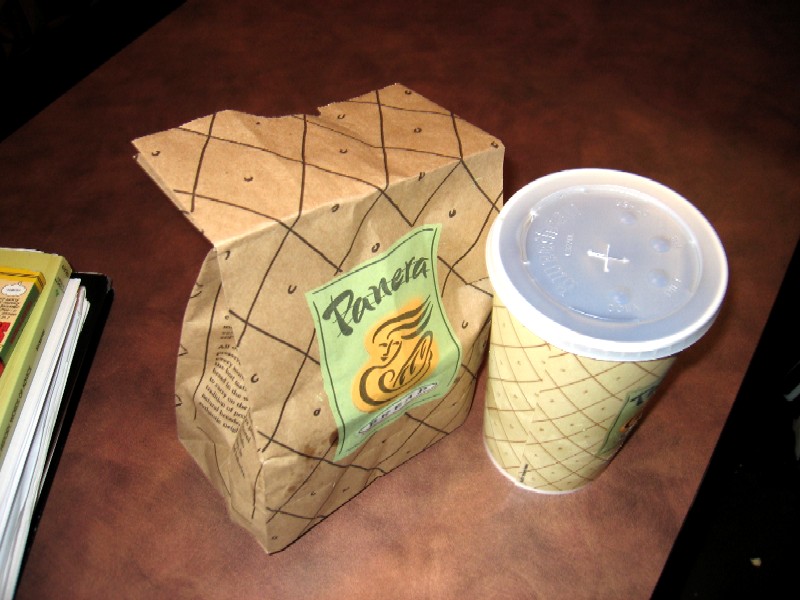 So, Panera Bread rules!
-the Centaur

P.S. Thank you, God; normally you know I don't like to put your name in titles or stuff like that (name in vain and all) but, hey, that was really nice of you to drop one of those off there and you deserve the credit. Thanks!

Get any Desired College Degree, In less then 2 weeks.

Get these Degrees NOW!!!

Get everything within 2 weeks.
100% verifiable, this is a real deal

Act now you owe it to your future.

Be Thankful For Your Gifts

You know the great thing about problems with your house? 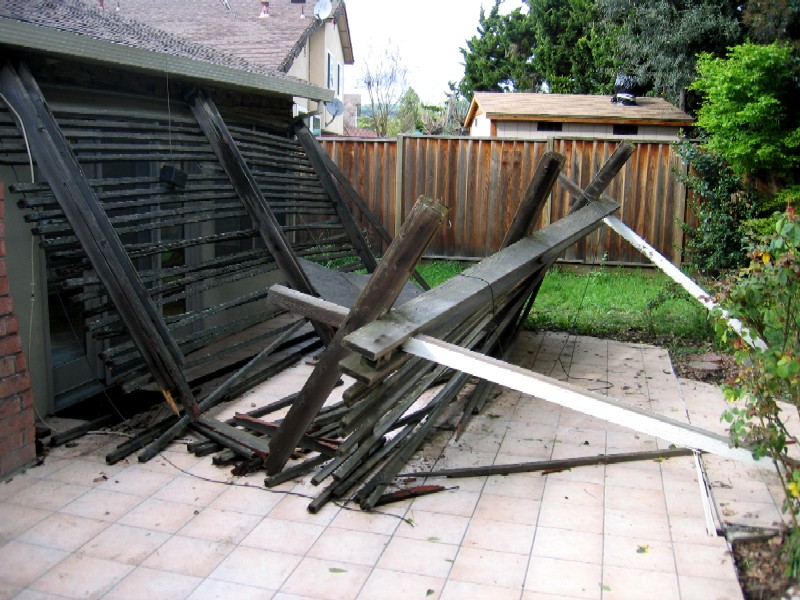 It's still your house. 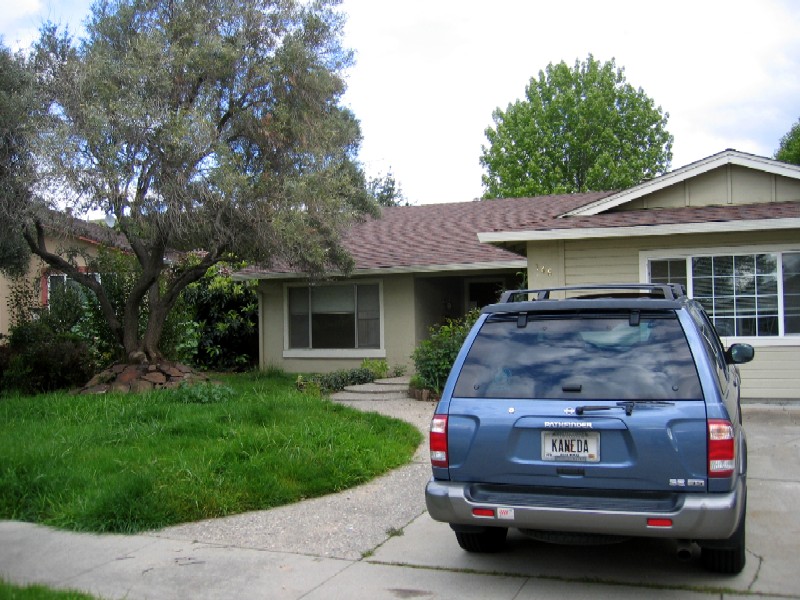 Thanks, God.
-the Centaur

What I find on the Internet sometimes scares me.

You've all heard of Mr. Kool-Aid Man, yes? An American icon, yes, a true hero of the soft drink generation. But few know about his turn to the dark side and the role the X-Men and the A-Team have played fighting his growing threat.

Of course, Mr. Kool-Aid man has been accused of malfeasance before, but it was actually a case of mistaken identity ... if you believe the House Permanent Select Committee on Intelligence's official report, that is.

His true followers never deserted him, however, and Mr. Kool-Aid Man had only recently begun to return to public life when the Perry Bible Fellowship news broke the story of how he fell victim to mob violence(click on "Kids are Thirsty"). The horrifying true reality of how this warped his mind was revealed by our reporters at Applegeeks: "Oh Yeah".

Fortunately, Mr. T and Wolverine have joined forces to fight short and not entirely too well told battles to prevent Mr. Kool-Aid Man's evil from spilling out into the streets.

We don't yet know how this battle turned out. However, you'll read about it in the Weekly World News. And nowhere else.

This is a Kool-Aid commercial, I think from the 60's, that is so incredibly weird I've seen it about 20 times.
# posted by

SO I've updated Studio Sandi once again including shots of more paintings, including a new shot of Earth Flower which really shows off her new faux stone frame style:

I Don't Have To Make This Stuff Up

So, after two months, how good are things at at the search engine that starts with a G? 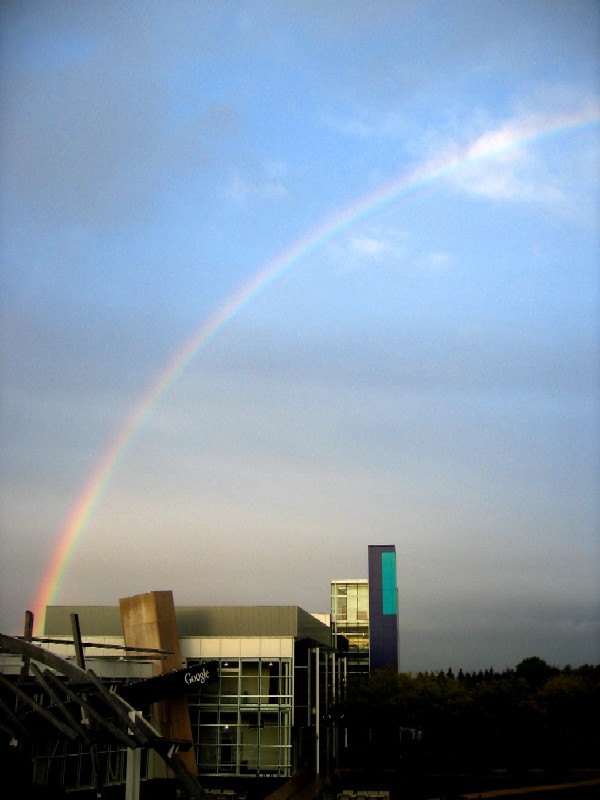 I don't even have to jazz this stuff up, folks!
-the Centaur

Well, I've been away from posting for a while handing all the things that have come with traveling to the other side of the country to start work at some search engine that starts with a G. However, I'm proud to report that at least one task is out of the way: it looks like I have a place to live! 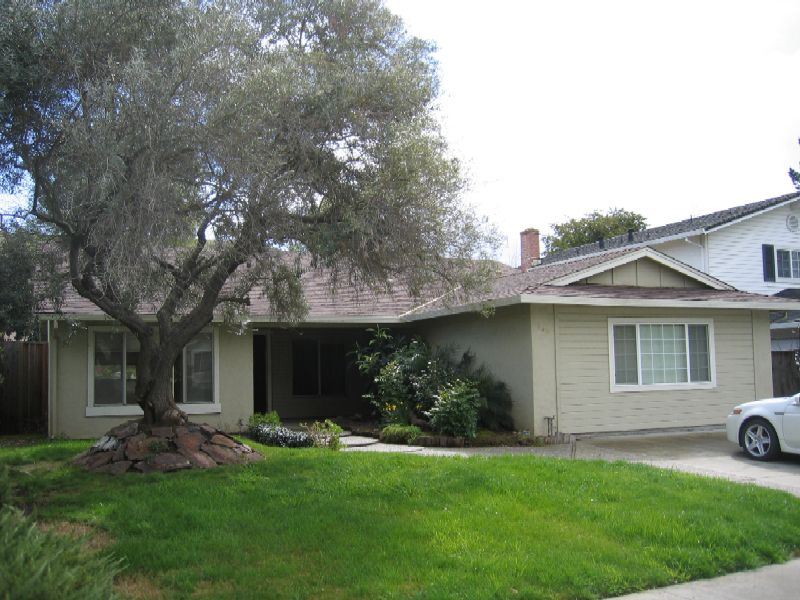 Now the two most important features of this house were a place to put Sandi's artroom ... 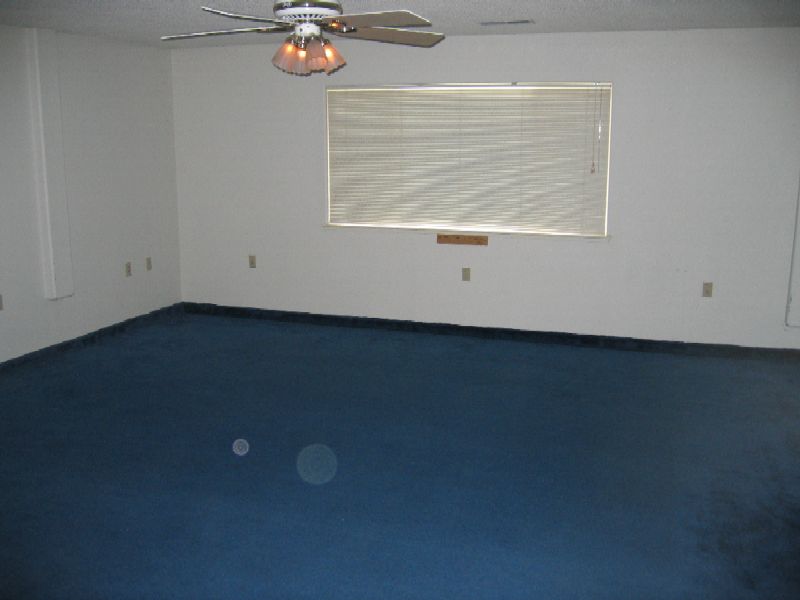 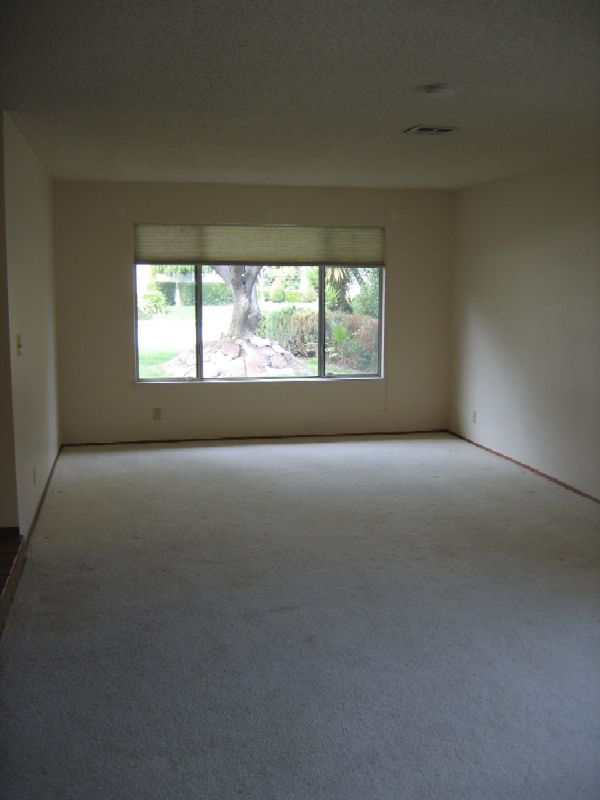 but the coolest thing: it has olive trees! 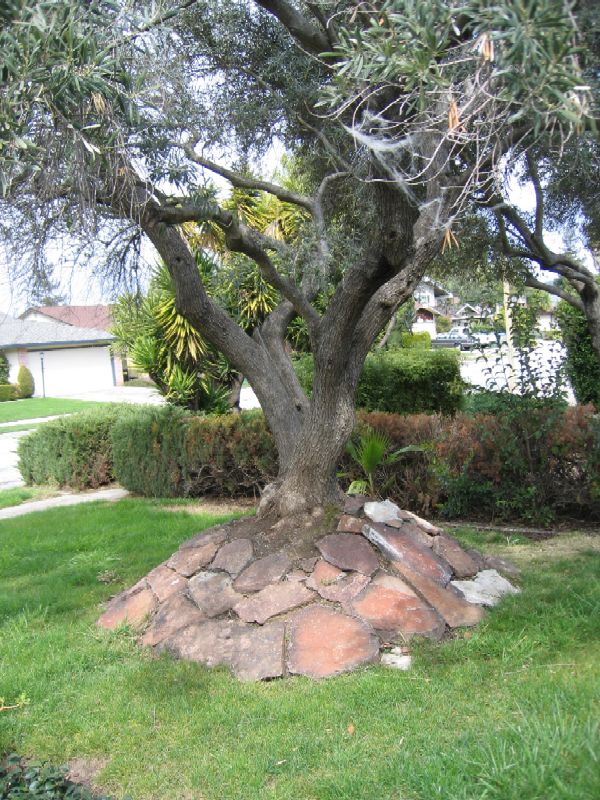 Mmmm ... I can smell me some Lebanese cooking in my future.

Looks like a great house! I hope you get wall-to-wall shelving in the library, and I hope it's enough to store all your media. Must have cost you a fortune to get it all moved .
# posted by