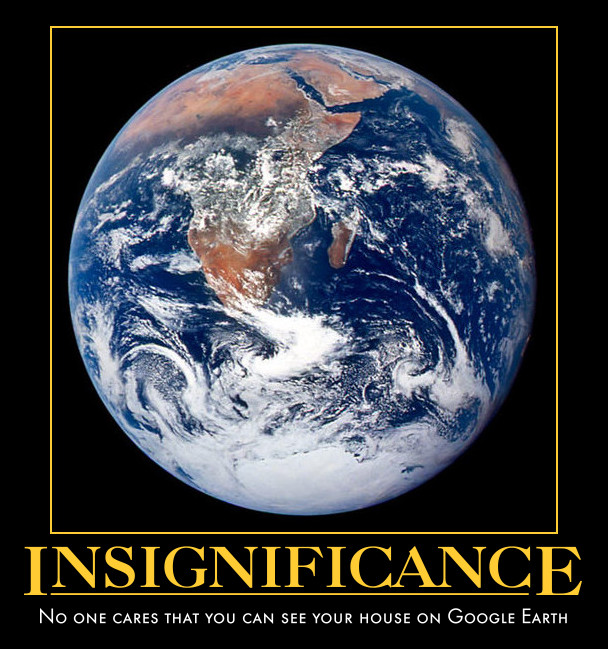 Created via Automotivator, which I found after seeing a Livejournal post (itself found via Planet Lisp) in which its creator, Zach Beane, created a motivational poster for all the smug lisp weenies: 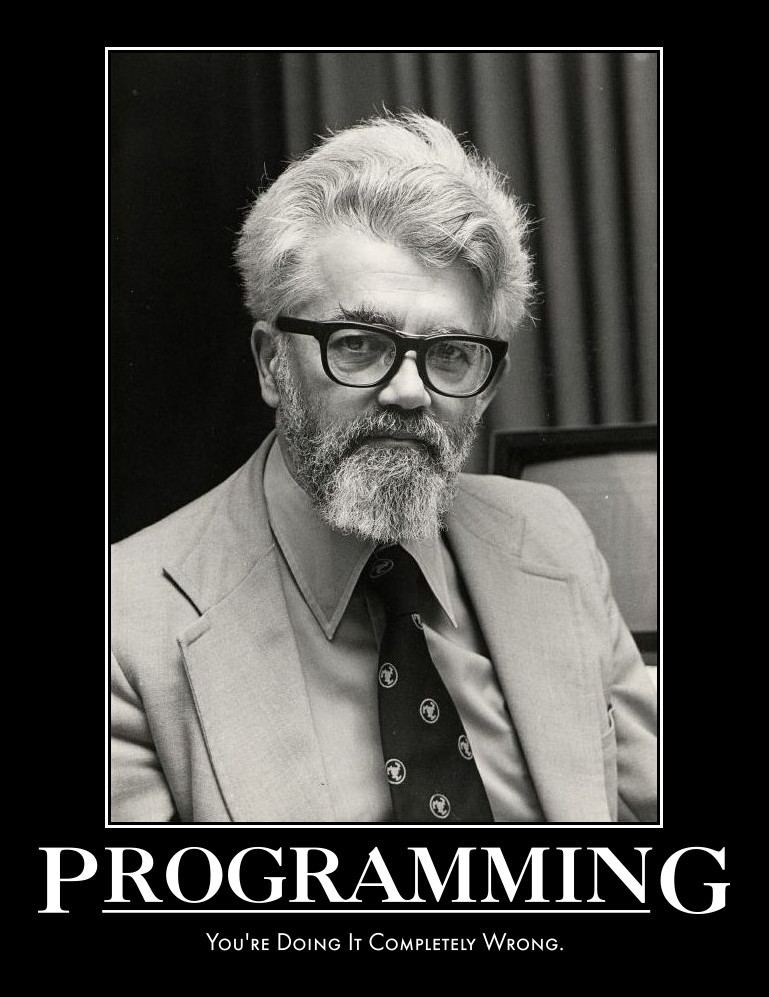 I may not program in Lisp much anymore - probably less than once a month or so, compared to my Top Five (currently Javascript, Java, C++, Bash and Python) - but I do now have this poster hanging in my office at the Search Engine That Starts With a G. Already it's gotten quite a few questions ... :-)

So, on the note of doing things wrong and personal insignificance ... here's some random bits about some changes in the works.  This is one of the first blog posts I've done on my new Macintosh, which replaces my beloved but fried Blue Slab of Coolness and my beloved but stolen old Powerbook.  Having used it for a month or two now, I do so wuv my my Mac and it's crappy user interface, which does just enough right to almost make me ignore its massive gaffes (like switching between two windows and the screen suddenly reshuffling the z-buffer heights of all open applications).

But it's really flipping over into usability thanks to a trick I learned combining Spaces and VMWare, letting me switch back and forth between Windows Vista and Mac OS X Leopard with ease.  (Apparently the new MacBook Pros are some of the best laptops to run Windows Vista.  Who knew?)  VMWare is slick because it lets you run Windows Vista on your Macintosh in a virtual machine - it's even smart enough to use the partition set up by Apple's Boot Camp dual-boot solution - but it really didn't get hyper useful until I learned the Spaces trick.  Spaces (a warmed over version of the virtual desktops feature popularized by the X Window System) lets you create several "virtual desktops" you can switch between via control arrows - and once you do that, you can give one of them to Vista in full screen mode.

I can't remember the blogger who recommended this trick to me (Mossberg? Some Lifehacker article?), but using Space's control-arrows to switch desktops actually has proven easier in practice than using VMWare's (admittedly hyper-slick) Unity mode.  Unity, like Parallels' Coherence mode, sounds great because it puts your Windows windows on your Macintosh desktop like any other Mac app.  However, using Spaces to put Vista on its own desktop means the Mac apps and the Windows apps get their own OS desktop features like the taskbar, destktop icons, etc.  Looking at the Lifehacker article on Parallels I linked to above, I suspect that I could make Unity work much better; but this is working well enough for me to get stuff done now.

Also this is a first post using Qumana, new blogging software which narcissistically inserts some adware which you can see here to the lower right. --->

Qumana has been so nice to me so far (WYSIWIG mode, automatically snarfing URLs out of the keyboard when you insert links, etc., etc.) I'll leave the ad in just this one time.

SO click on some links above and give our "sponsors" some love. :-)

It turns out you can turn off the Qumana ad with a Preferences setting. FYI.
# posted by

(at least) 3 programs -- having worked without problems before -- work(ed) not after the sp3 install:

2. leechftp gets "welcome" from the remote ftp server (password accepted) but says "not connected" in the task manager and shows no remote contents nor remote tools

3. firefox says a dll is missing (repaired after a new install of firefox)
# posted by