The Sweet Smell of Renewal 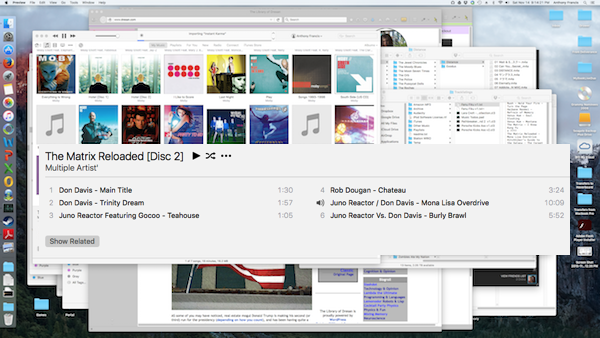 One of the things that I’ve been surprised by during this Return to my Library is how much I missed my own ideas. I knew, intuitively, that I used this external collection to help maintain my internal memories, but it wasn’t until now, when a random album came up while I was preparing to go grab some food, that I realized it. The Matrix Revolution started playing, and I was not just reminded of the f@nu fiku series that the Matrix serves as a soundtrack to, but also an older project, DELIVERANCE, a novel set in the Library of Dresan universe. So many things have happened since then – a move to California, a theft in my car, a loss of my notebooks, a fortuitous sale of a new novel series, an ill-considered anthology, and a new project at work – that I had almost lost the mental context of all of that creative enterprise.

Tonight, doing a little random cleanup, in the place which I’d prepared for myself, but somehow forgotten, it all came flooding back.

Maybe all this effort to prepare a great space really is worth it.

Off to get my wordcount on. L8r.

P.S. Yes, it might seem a bit strange to go out to dinner right when I’m celebrating my Library, but if you think that, you have no idea how much of a foodie I am. 😀