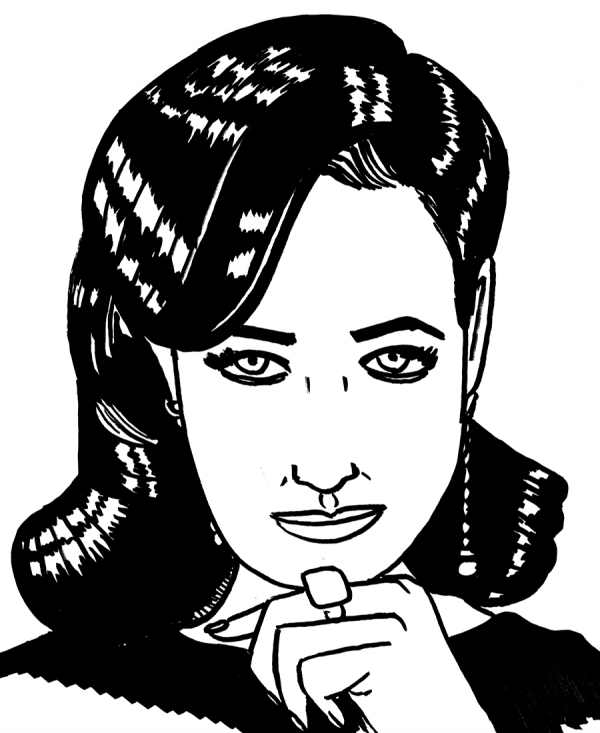 Quick Sharpie sketch of Dita von Teese. Not bad overall, but I ended up badly screwing up the proportions and made her face so tall I had to shrink it vertically about 10%, which ... actually, wasn't so bad, compared to the original: 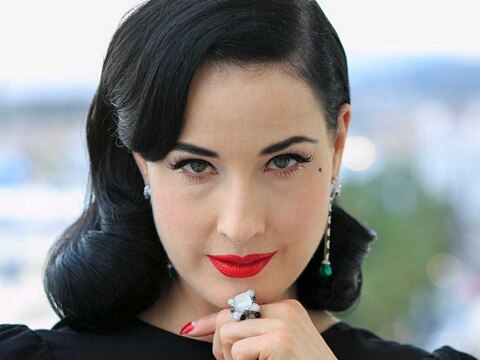 Ran across a more fetish-themed image of her as I was trying to design a waitress for a scene in SPIRAL NEEDLE; I judged said picture was too steamy for this drawing series, and the waitress ended up in a different outfit anyway, so you get a sketch of a glamour shot instead.

P.S. 1700+ words on SPIRAL NEEDLE. Ahead of the wordcount, behind on how much I need to do to catch up, but at least, catching up is happening now. 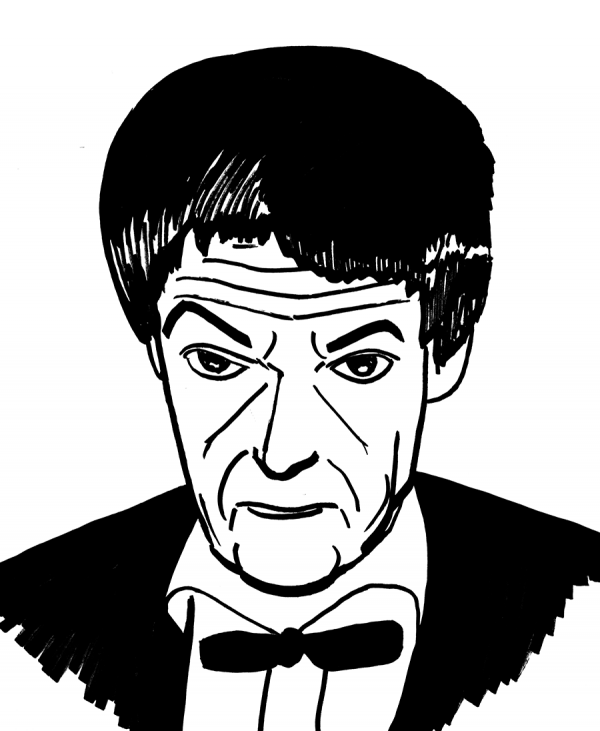 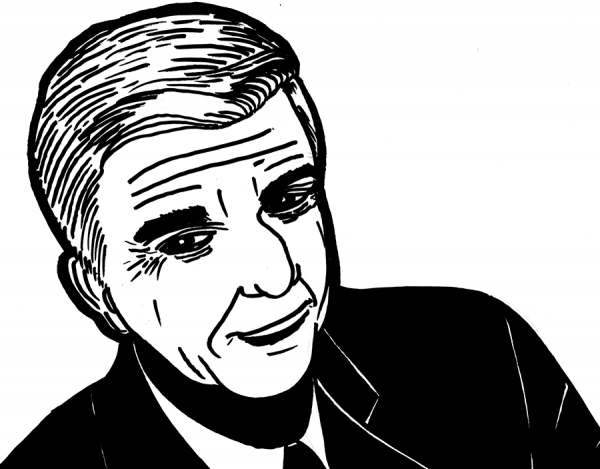 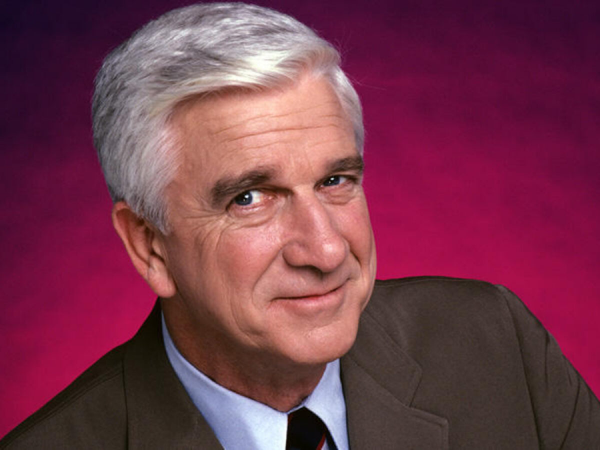 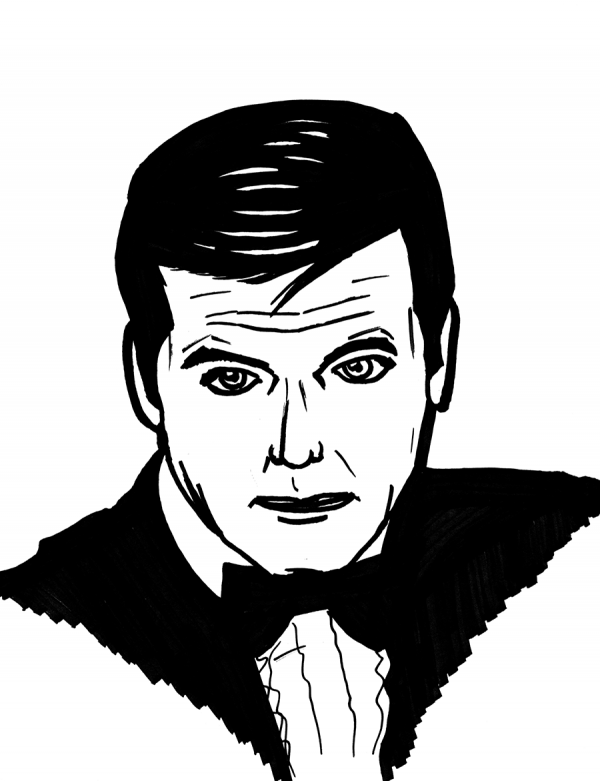 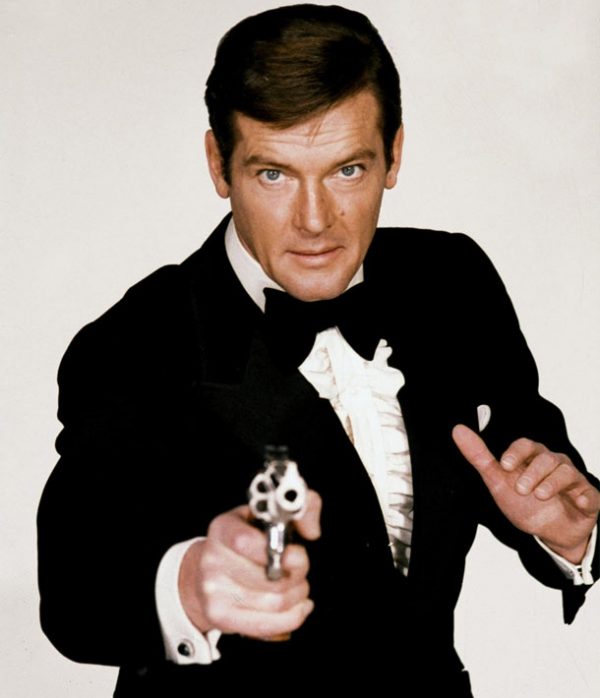 P.S. Only ~800 words today, which was quite a struggle. Roger Moore came up very tangentially when Dakota was snarking about a vampire looking like a cross between Roger Moore and Leslie Nielsen. 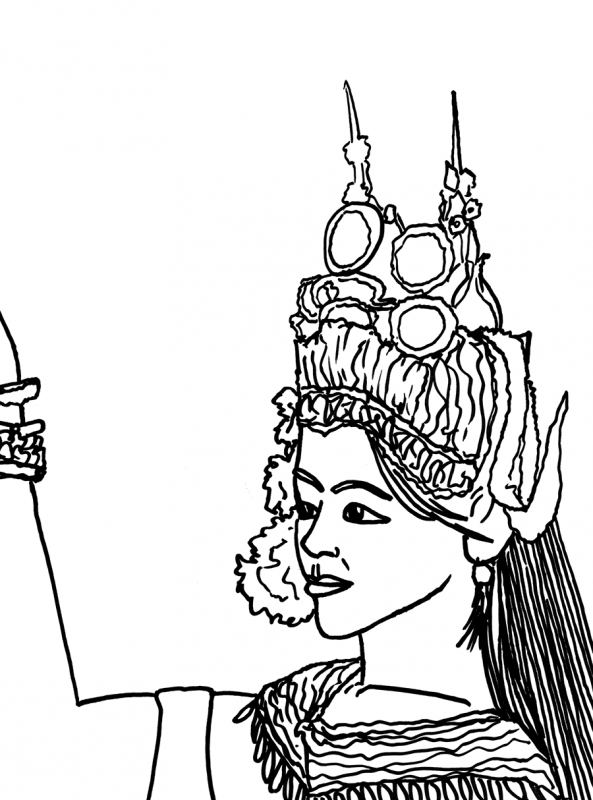 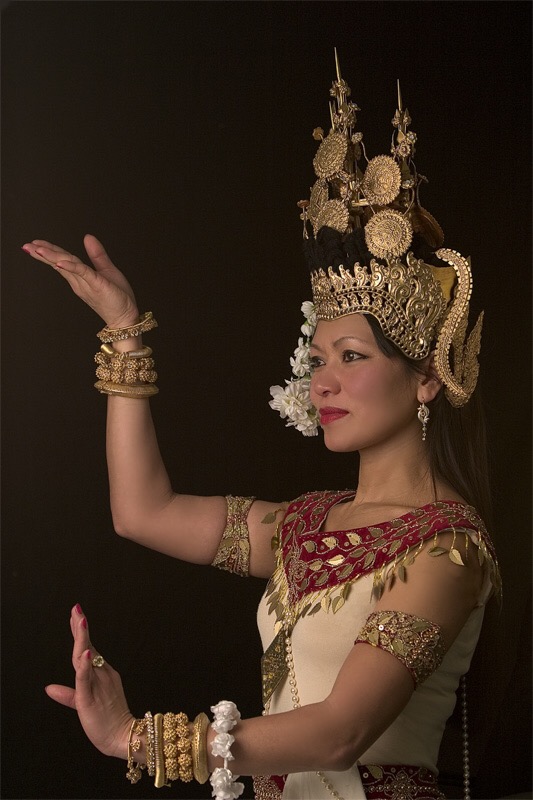 Oh, and on Camp Nano: just got ~1000 words so far. Not sure why I got fewer words when I had more to do yesterday than today. Perhaps I need to break more paintings? 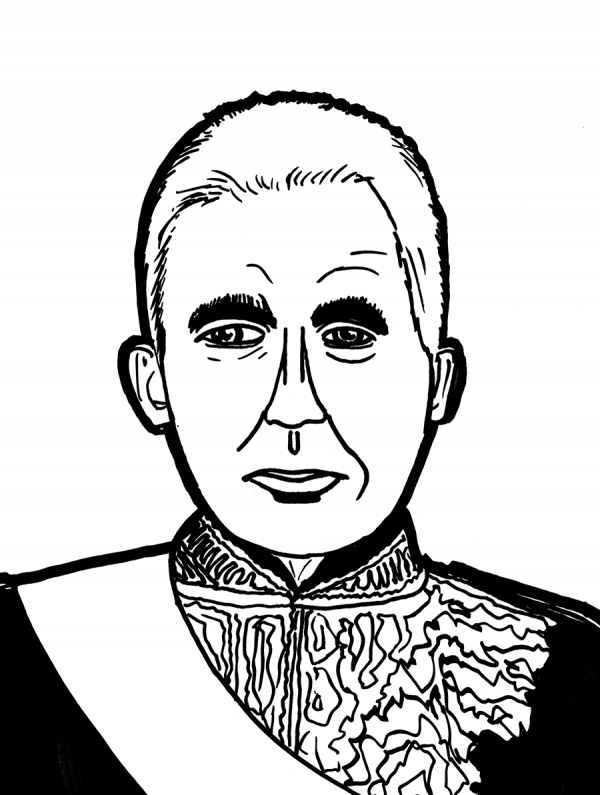 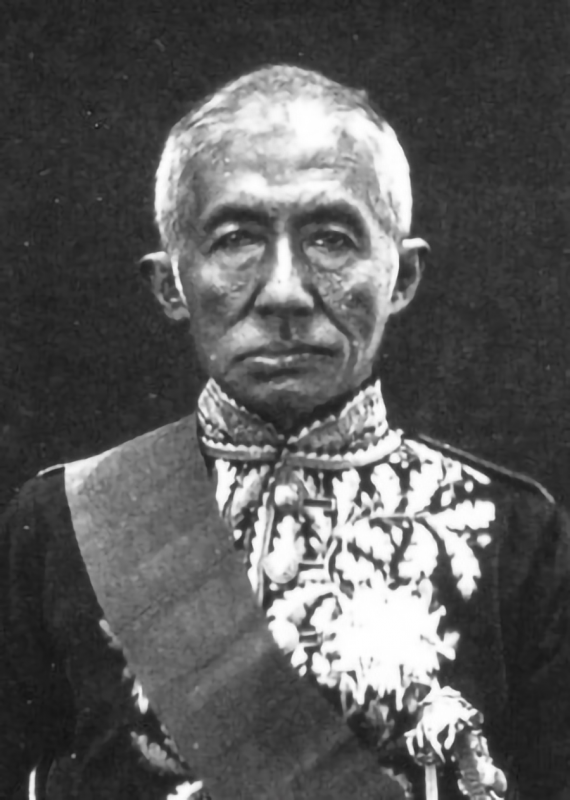 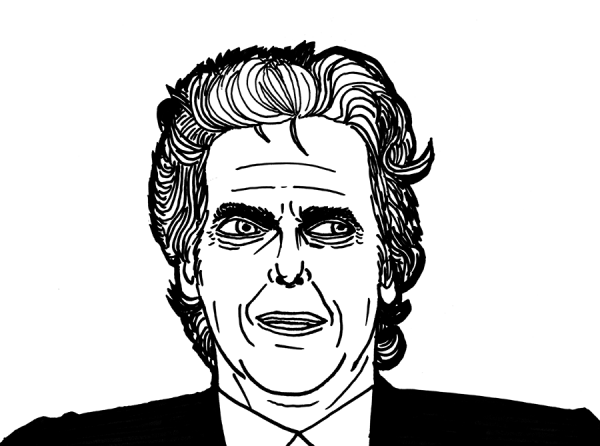 Sharpie sketch of Peter Capaldi from the Doctor Who episode "The Pilot," which is lightweight in tone and stakes but stands up surprisingly well to repeated viewings, especially Capaldi's knockout speech about time in the beginning, the Doctor's amazing office, and the introduction of the TARDIS.

The sketch is ... OK. Slightly squashed, and I'm still doing eyes too big (likely a function of the Sharpie sketches, which put a minimum size on the features I can draw). But it ... kinda looks like him? His head's not turned the right way, and I still have trouble getting the "landscape" of the face right. 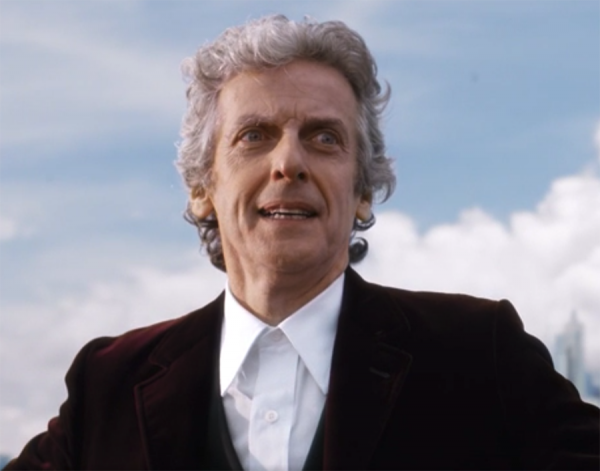 P. S. Only got ~50 words on Camp Nano, but I feel good about those words, as they're stitching parts of a scene together so I can really roll with it tomorrow. 11K words behind, but I've been behind worse. 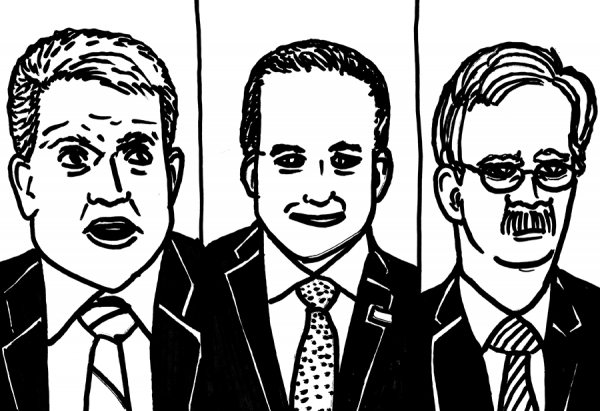 P.S. Only 250 words with Camp Nano, but then, I still feel that maybe-vaccine headache, so, ugh. 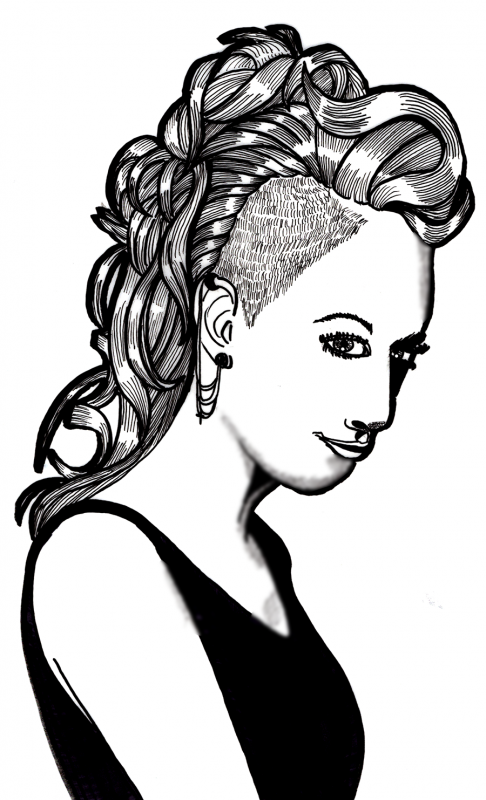 Character study for a Dakota Frost picture, inks on vellum over a roughs with inks and blue on Strathmore 11x14. Required some Photoshop surgery as I didn't anticipate how the shading would riff off the hair and make it look like the model had a beard. Compared to the original, the forehead is too high and the nose too large. Back to practicing, sigh. I think the below is from the Peles Salon Instagram, though I actually found this picture from like 1,000 different Pinterest boards. 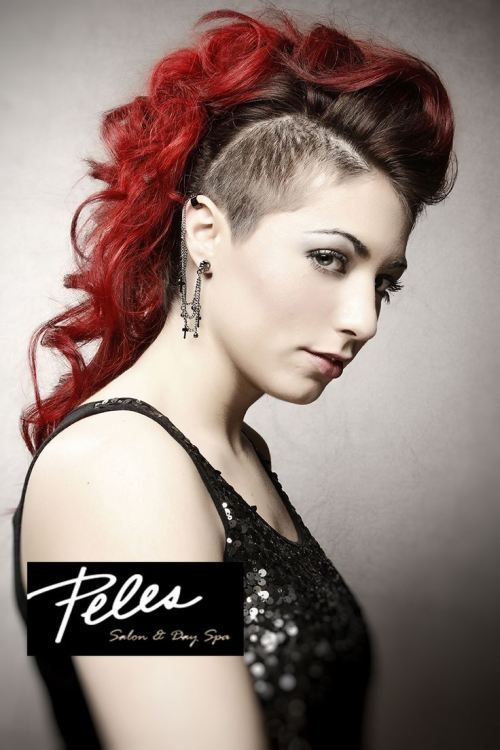 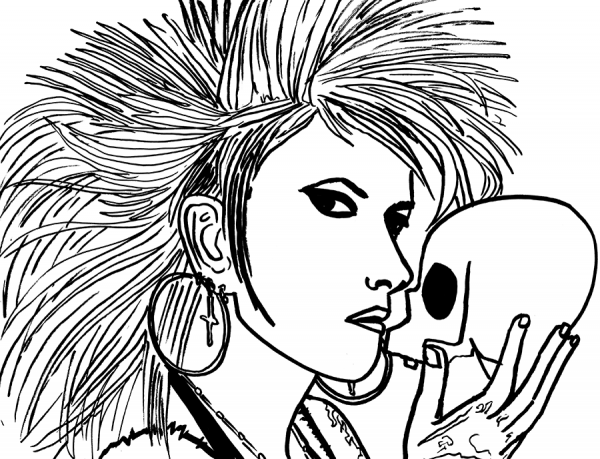 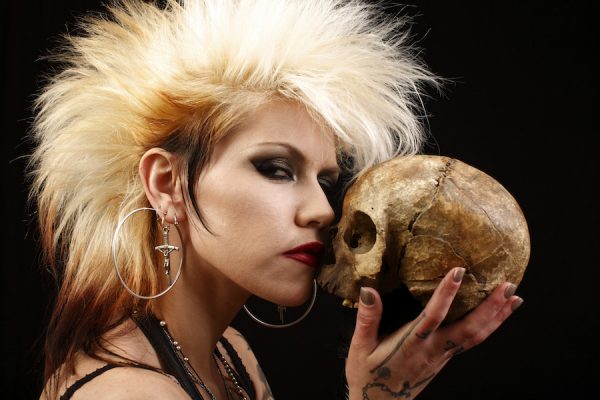 “Your voice,” the priest said, taking another step back. “If not a vampire, surely … surely not a werewolf … but your voice … why do I know your voice?”

I spun, rolling my neck, unfurling more vines into a soft green halo that lit my face.

“Oh … God,” the priest said. “You were on the news, the mother of that weretiger—”

“She … here?” The priest blinked, then his eyes flicked at the coffin. “But it’s not—”

My heart fell. The prisoner in the coffin was not Cinnamon—but as the priest’ eyes went wide in terror, I realized that in his shock he’d given away there was a prisoner in that coffin. I drew a breath, my face flushing, feeling my blood pounding in my ears.

Hopefully I'll pick up speed now that I'm out of the Lenten "Jesus and Godel" series. I wrote 45,000 words of nonfiction in Lent, which is nowhere near the needed Nano rate, but I think is probably the fastest rate and largest single body of nonfiction writing I've done since perhaps my thesis.

But what I really did today was move boxes into the room that's going to become my wife's art studio.