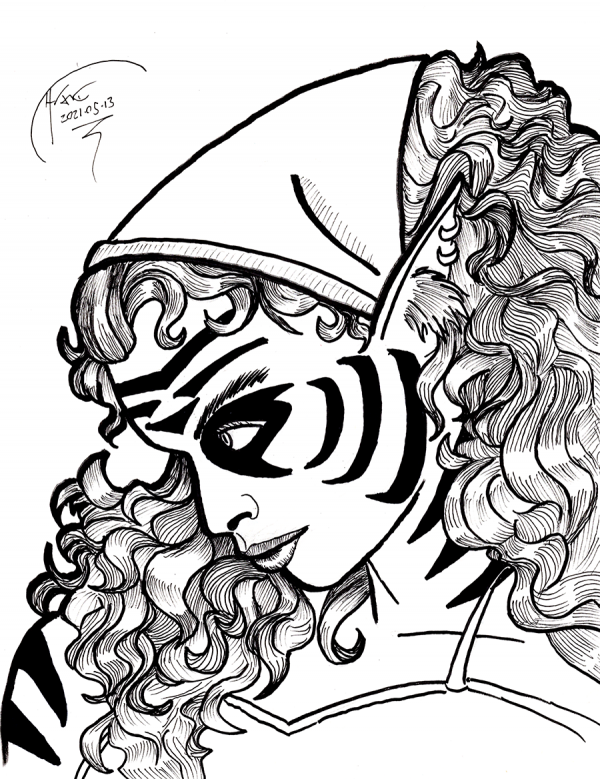 Sketch – I mean, full sketch, like with roughs and rendered inks and stuff, not a 15-minute Sharpie exercise – of Cinnamon Frost. Other than forgetting her whiskers, I think this came out well. While I did use a reference image, it’s not precisely the same character (Cinnamon has way more voluminous hair, almost but not quite an afro), so it’s hard to judge how well it came out with regards to proportions et al: 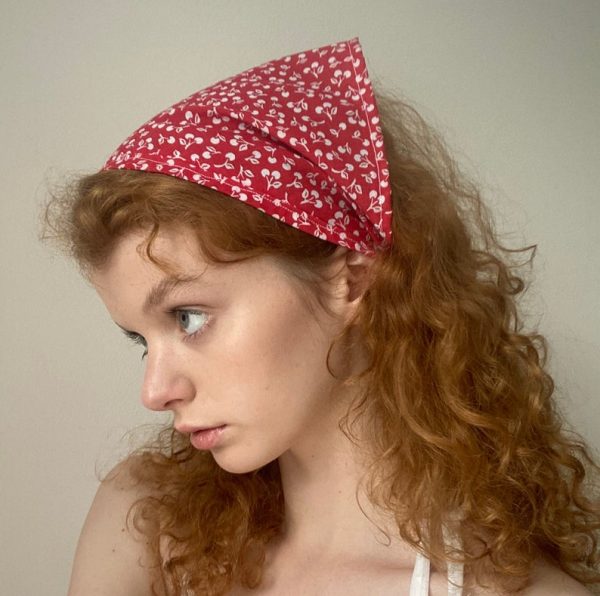 Mirror reflecting it, it doesn’t look too bad. Looking over it, there’s a little weirdness with the exposed shoulder being too far out compared to the size of the head and the shape of the chin, but in my defense, I was focusing primarily on the hair and headscarf, and the shoulders were an afterthought in the render. 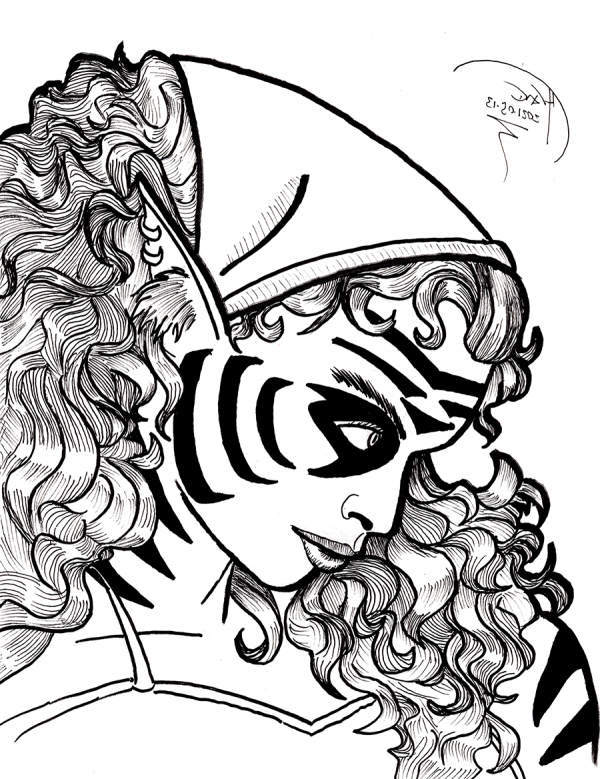