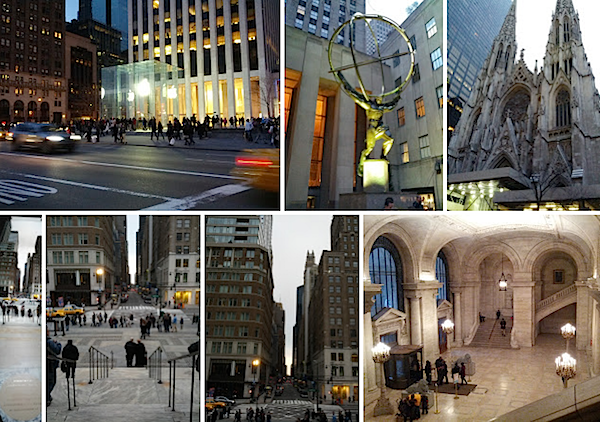 WTF? Michael Bloomberg, former mayor of New York, running for president as an independent? As a liberal Republican?

Q. Why is this coming out now if Bloomberg doesn’t plan to make up his mind until March? What’s the game plan?

A. Michael Bloomberg realizes that he could be in the best position to become the first independent elected candidate, going all the way back to 1912 when Teddy Roosevelt ran as a Bull Moose and won 27 percent. Bloomberg is a nationally known figure, and he has financial resources — he doesn’t need the financial support and structure of a party. Both sides will say that Bloomberg is running to help the other side — that’s always the way it is with a third-party candidate. But Bloomberg does not like Bernie Sanders’s social democratic philosophy at all. And I don’t think he likes Donald Trump’s statements on deporting people who are here illegally. Bloomberg has very good political instincts, and he is sensing that a lot of Americans are probably concerned, too.

Regardless of how it turns out, I don’t recall anyone predicting this. Let’s check the Google for answers, doing a search from the beginning of last year to the middle of last week … welp, I’m wrong, someone’s been talking about it, though as of October they were predicting that he won’t run, and that this is yet another in a series of endless rumors:

Are you into gambling? You are? Well, here’s a tip: Don’t put any money on Michael Bloomberg becoming president, no matter what you read in the New York media.

[reviews history of unfulfilled rumors from December 2006 to October 2015]

Perhaps this is all a charade—Bloomberg playing it all off until the moment he launches his campaign. Or you could just take it from Mike, whose bluntness and frankness his friends always cite as an important qualification: “I’m not going to run for president, period … No way, no how … It’s just impossible … No is the answer. Plain and simple.”

So it looks like this is another Wild Biden loose in the theater – watch out, raar. On the other hand, few people predicted in advance Trump would run again – as far as I know, not even professional Trump-watcher Scott Adams – so I go back to the one thing I know about presidential politics (actually, this is a sum of many things I know, but this story tells it well), which is this:

The Parable of the Man Who Was Obscure

Back in the day, there was a man who was obscure. He was so obscure, in fact, that no-one ever remembered anything he did: he even went on a nationally televised game show and none of the contestants could recognize him – though one did figure out he was a former governor. The man decided to run for president, but he was so obscure he had name recognition of two percent, and in the Iowa caucuses, he came in second after Uncommitted.

[cue scratchy audio clip of Paul Harvey saying “And now you know the rest of the story.”]

Nobody knows nothing about the future except it’s going to happen.