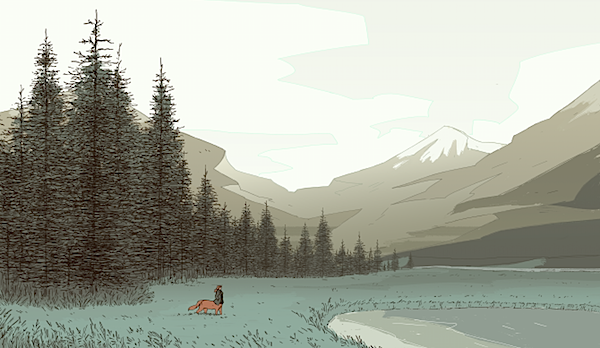 I think it’s in the contract of a guy called “the Centaur” to support the Kickstarter for the HOTBLOOD! comic – “A Centaur in the Old West!” This quirky centaur-themed comic with a “Brokeback Mountain” vibe – about a centaur secretary, his criminally minded boss, their romance, and exploding trains – completed earlier this year, and has already hit its first goal, so the HOTBLOOD! print omnibus will be, well, printed. But now the project’s just 18 hours – and 5 thousand dollars – away from the “stretch goal” which will enable Toril Orlesky to offer for free the sequel comic, Zarco, about the centaur sheriff who will track our two heroes (or villains?) down.

Toril’s art has been becoming increasingly accomplished and ambitious, and I hope you’ll all consider supporting the Kickstarter to bring the sequel to this great project to life!