So my wife and I were talking about restaurants, and since I’m a foodie, two of my favorite restaurants in the Bay Area happen to be fine dining:  Alexander’s in Cupertino – steakhouse – and Millennium in Oakland – vegan. Both are a bit pricey, but, as a vegan, my wife has experience with only one of these. 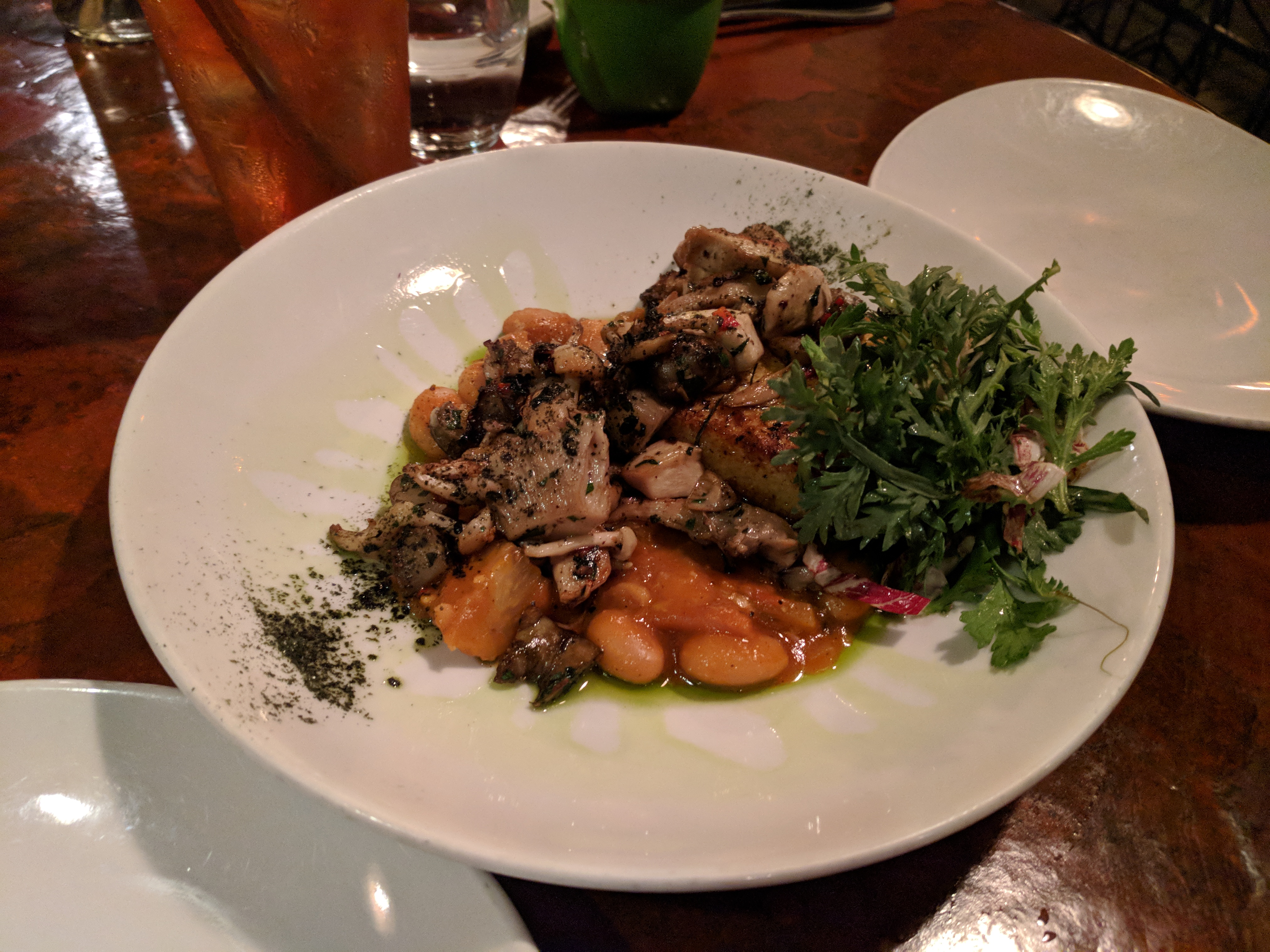 For a carnivore married to a vegan, it’s quite useful to acquire a love of vegan food, so we go to vegan restaurants like Millennium and Happy Hooligans a lot. But by the time the two of us have done drinks, alcohol, three apps, a dinner entree and their dessert assortment, Millennium is, um, pricey, and my wife wondered whether it was the most expensive place that I ate at. 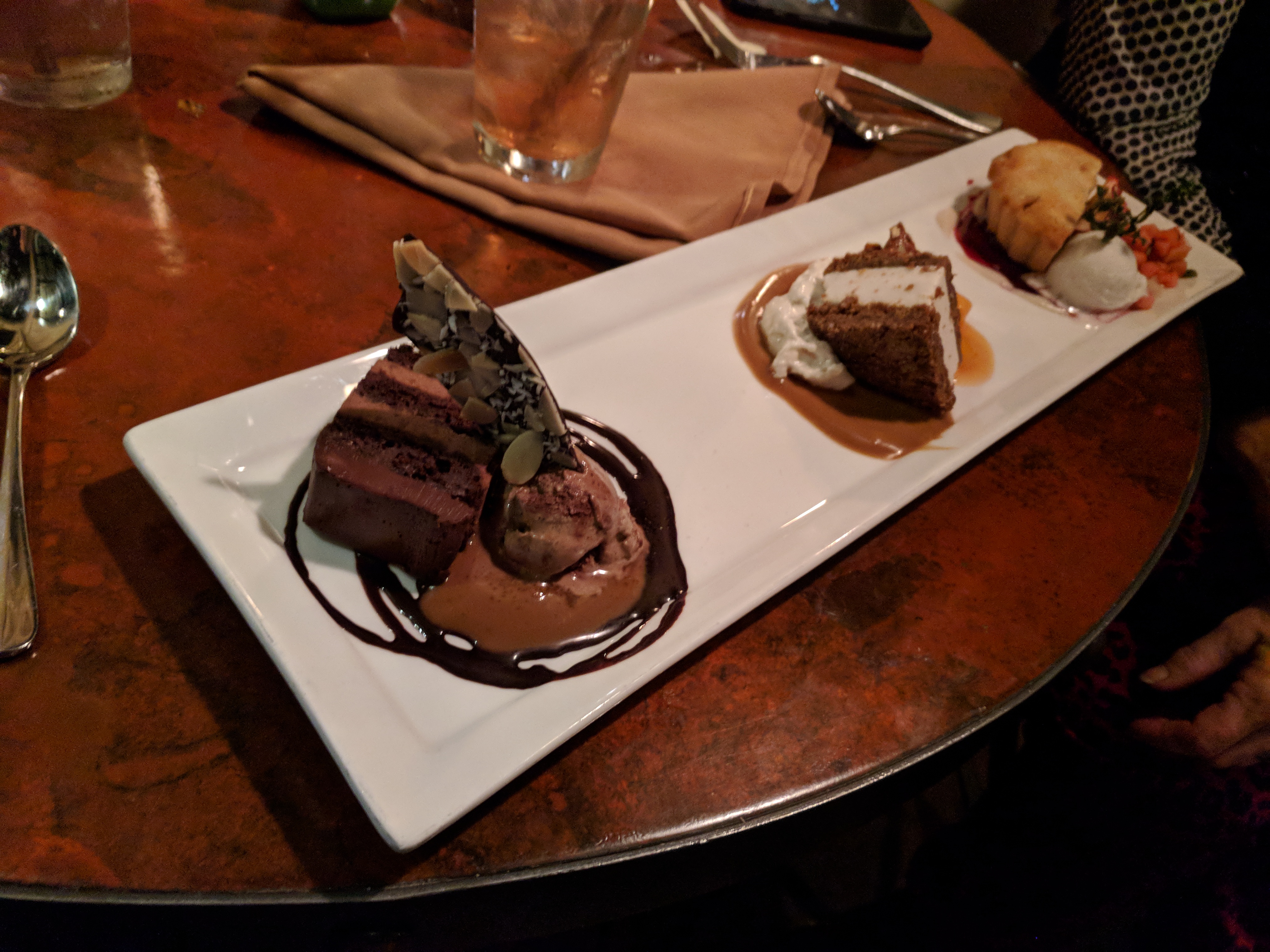 “Um, no,” I admitted. “Alexander’s is way pricier.” (And it is. Some entrees at Alexander’s, like the Alexander’s Trio of different kinds of Wagyu beef, are more expensive than our entire meal for two at Millennium). 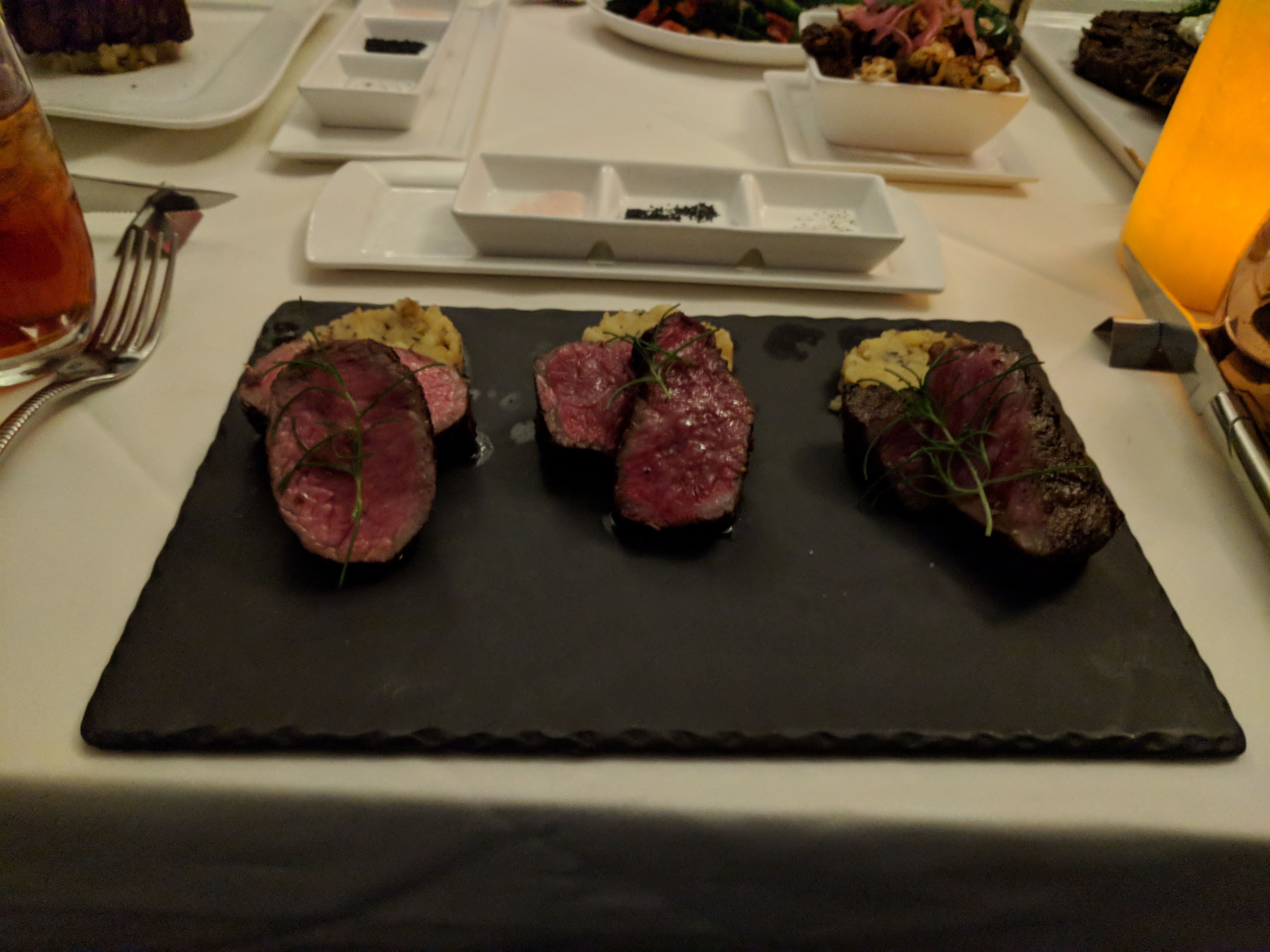 After a beat, my wife said, “Well, it had better be that expensive, because the animals you eat at Alexander’s get fed the kind of food we eat at Millennium.” 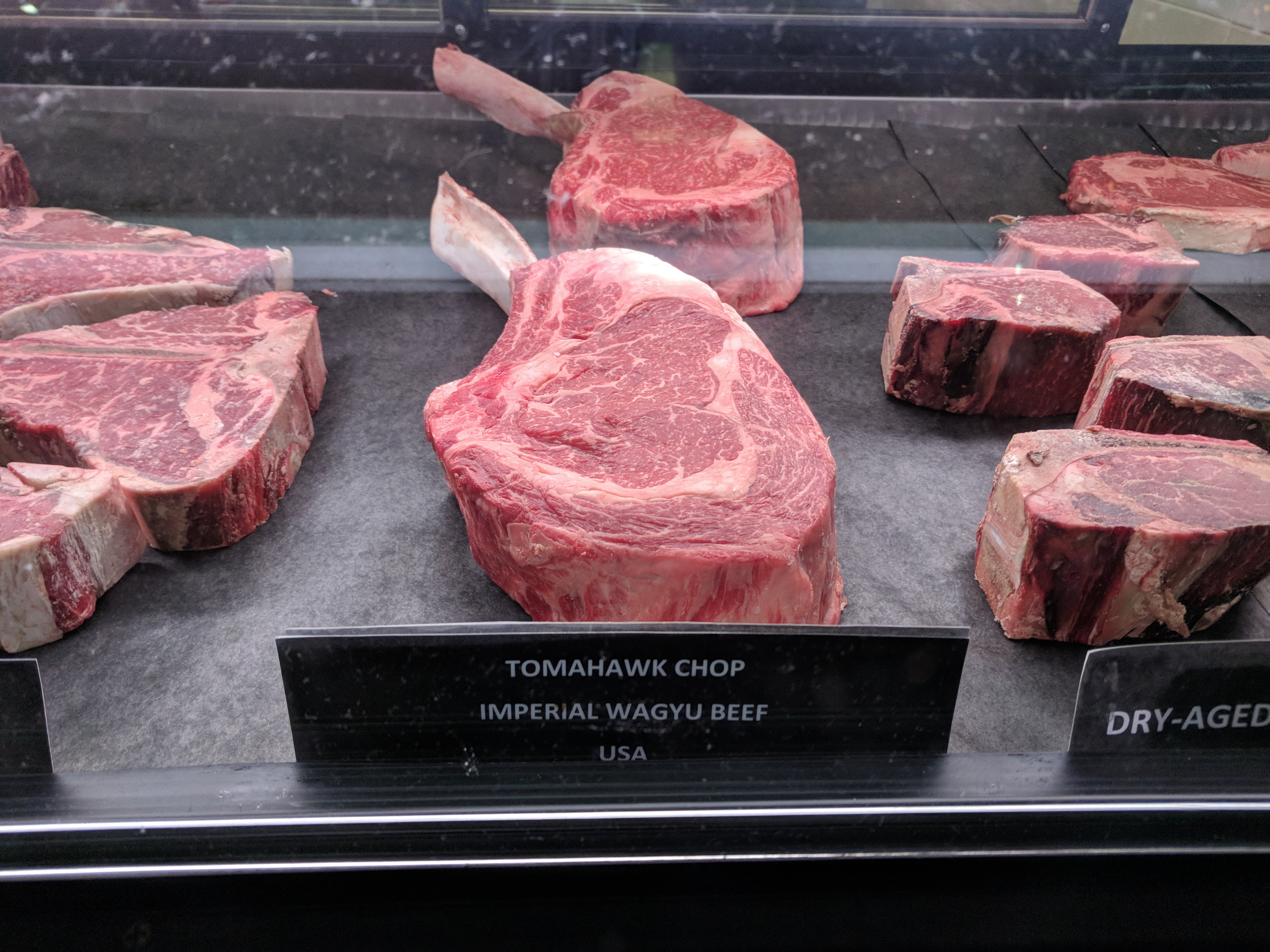 After a moment, we laughed and agreed that this was probably true – and that we should call up an old carnivorous friend who once told the story of one of his friends who refused to eat vegetables because “that’s what food eats.” 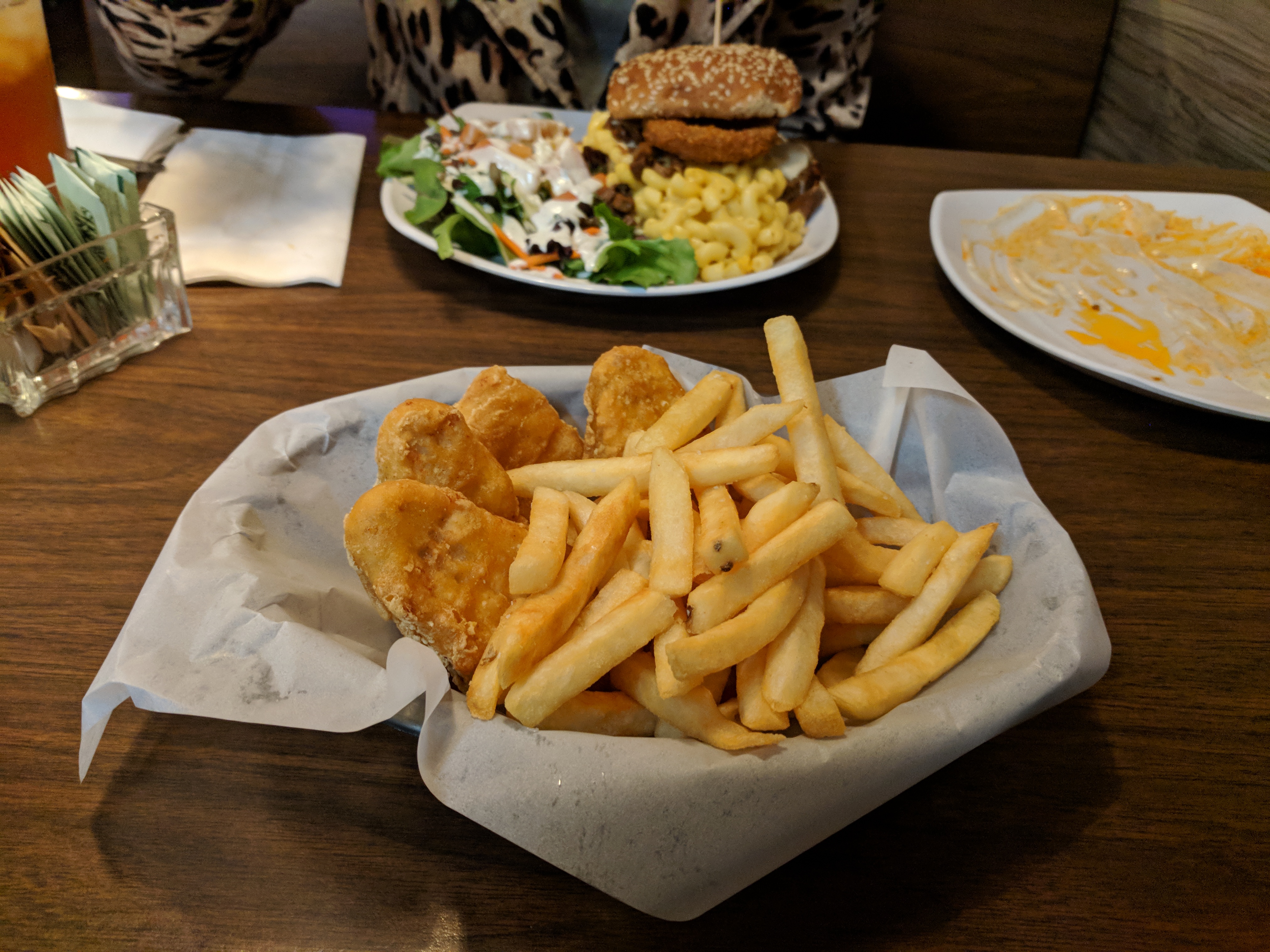 Published in Restaurants and Reviews