On Her Way Out 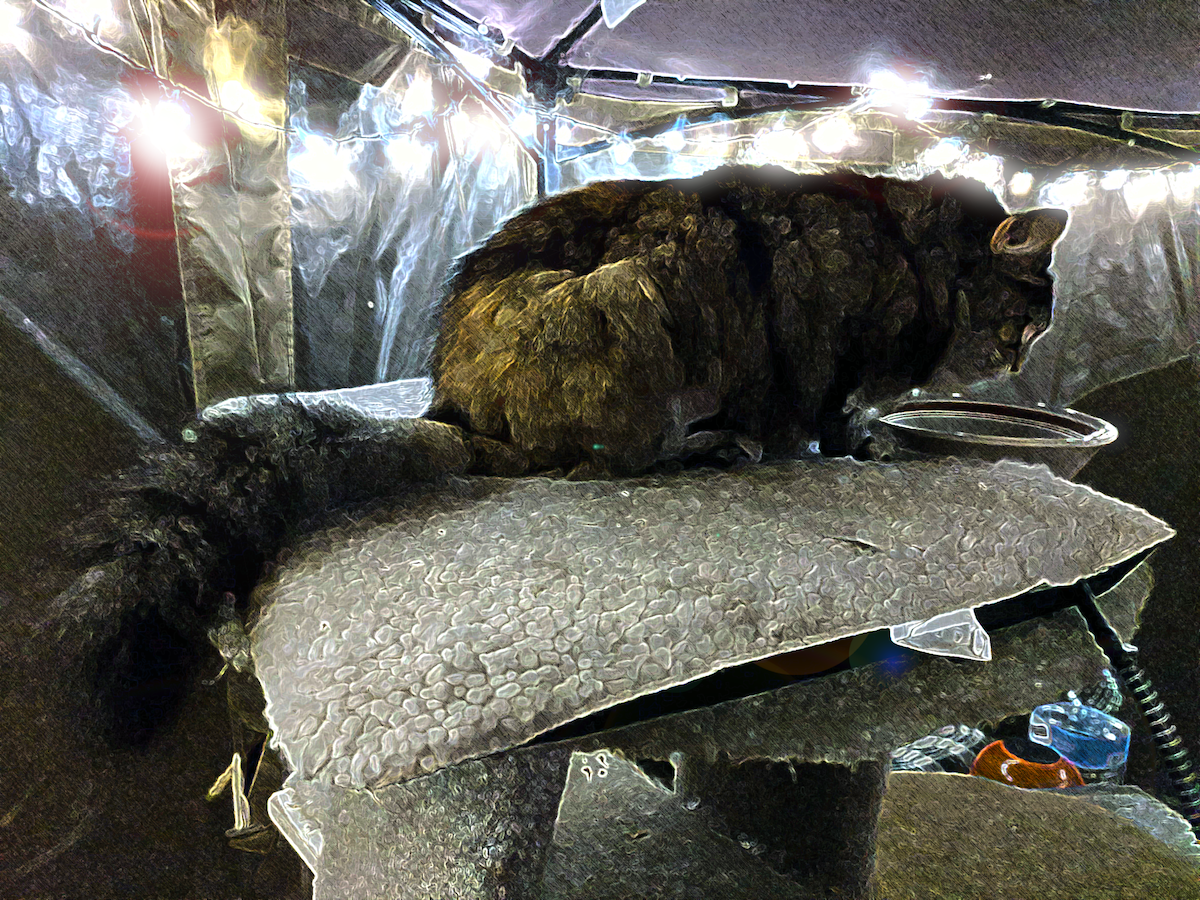 In theory, mast cell tumors of the skin don’t kill cats, at least not directly. They can lead to lesions that can’t heal and further infections, but its MCT of the spleen or gastrointestinal tract that are really dangerous.

For Lenora, our precious little wimp cat, this cancer is aggressive enough that we may need to take proactive steps. She’s gone from one lump to 10 to 30 to 40 to 50 to 70, with a brief dip back to 40 after her surgery to remove her spleen … but now the MCT has exploded, going from 80 to 100 to probably hundreds at this point, many of them showing lesions and scabs.

The first two combinations of cancer treatments failed; this one does not seem to be having an effect. Lenora is still active, but she no longer wants to spend time indoors, instead choosing to find high spots on the exterior podium or the fence. I think she thinks fleas are eating her alive.

I fear she’s on her way out. I’d love to say “I know” but everything I’ve learned over the years tells me (a) you don’t really know and (b) foreclosing an opportunity in your mind is a precursor to getting it foreclosed in real life. We sometimes like to think that we’re tough minded people making hard decisions in the face of difficult circumstances, but if you’re that guy or gal, I have bad news for you: you’re selling yourself a line of bullshit.

Far too often we get tired of dealing with something and choose to perceive it as hopeless, then take all the bad decisions we need to in order to make the bad outcome we’ve decided upon happen, then telling ourselves “there’s nothing else we could have done.” This is particularly common with cars: cars rarely die until we decide to kill them by not maintaining them. It’s even more common with politics: the other guy’s plan rarely fails on its own until we take steps to sabotage it, just so we can then say “we told you so.”

With your health, or the health of a loved one, what does this translate into? Never give up. Stephen Hawking lasted something like five decades after his doctors told him he’d likely be dead, and he didn’t last that long by crawling into a bed and not fighting every step of the way. Sometimes heroic measures are not called for, but just giving up hope will make things far worse far faster.

So we’re here for you, Lenora, even if you’re on your way out.

Have a scritchy behind the ear. Yes. There you go.