Plotting from the bottom up 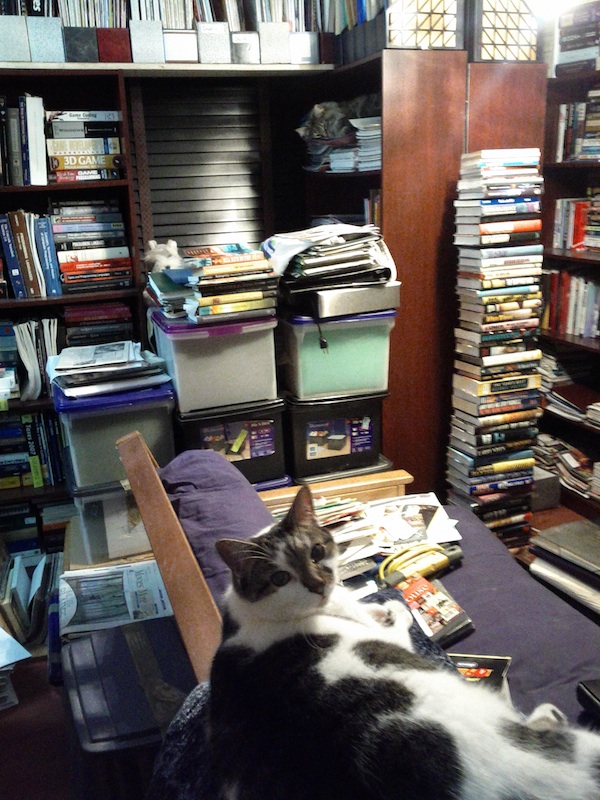 Recently I was asked about how I plot books:

I was wondering if you could help me out a bit. I’ve always wanted to create my own comicbook from my own design and mind but I always, I mean ALWAYS have problems coming up with and sticking with a good plot. I can make the basis of the story, the characters, the world and different terms and creatures but I can never stick with a plot or make a good one that I know will drive the story. Could you give me any advice on these things or some pointers on how to make a really great story I could draw out? I’m so close to it blossoming I can taste it!

Great question! I’m not sure I’m the best person in the world to answer it – my first pointer to anyone on plot would be Ayn Rand’s The Art of Fiction – yes, I know, it’s Ayn Rand, but if you’re one of those idiots who can’t see past your unjustified distaste for her political philosophy, well, then you deserve to miss out on her opinions in other areas which might prove of more value to you despite your disagreements – but I do think about plot quite a bit, so I’ll give it a go.

A lot of what I do is simply write cool scenes I enjoy … and then think hard about who’s the protagonist and what’s their major conflict. Once you know, for example, the protagonist is a magic tattoo artist, that suggests she’s going to be in conflict over some tattoo related thing – like someone skinning people who have tattoos. Once you know the conflict, then you can design the climax – well, your tattoo artist will eventually have to meet the evil skinning person, who will want to make her a victim. That basic strategy – write stuff that’s fun, figure out who the protagonist really is, find what conflict they’re embroiled in, design the final conflict, then work backwards from there – has worked very well for me.

Why take this approach, rather than, say, starting with some theme and working back from there. Start with an abstract goal? Yuk! That might work for nonfiction but in fiction it’s a recipe for heartless exercises in craft – and craft can’t sell a story. The instant someone notices you’re telling a story on skill alone, you’re done. There are prominent authors I can’t read anymore because I realized they had some point they were driving to and were using all of their craft to get me there … even though there was no reason to go there in the first place. That might work in a movie with a lot of explosions, but it’s not going to sustain a 300 page book.

So. I need concrete events, realized situations with full-bodied characters where interesting things are happening. In short, I need to be entertained – in my writing most of all. That’s why I start with “cool scenes” – I write to entertain myself first, so I have to write what I enjoy writing. But I want others to enjoy it too – someone once said the hallmark of a great writer is that they take what they find interesting and make it interesting to other people. To do that, to make my stories interesting to people not invested in my characters, I need to create a strong conflict that will engage. And to do so, I listen to the story.

Whether the story features a tattoo artist accosted by a werewolf deep in the Lovecraftian underbelly of Atlanta – or that same tattoo artist and her adopted weretiger daughter out school shopping in the sun – those first key scenes of the story, those first inspirations, will tell you what belongs in the story. If the story begins with Dakota school shopping with Cinnamon, then some part of the story must hinge on Cinnamon and Dakota in a school – or that scene’s got to go. If the story features a magic tattoo artist investigating magic graffiti, then some part of the story must hinge on our tattoo artist confronting the graffiti artist. And for the story to really be interesting, something important must be at stake – generally, life has to be on the line in the kind of melodramatic action adventures I write, but it can be more subtle if you’re writing something more subtle.

One famous way of looking at this idea is Chekov’s Gun – “If in the first act you have hung a pistol on the wall, then in the following one it should be fired. Otherwise don’t put it there.”

Ayn Rand’s take on this is similar: you should decide on your theme (what your story is about), then your plot-theme (what type of events realize your theme), then your conflict (what is being fought over in the plot) then the plot itself (the actual sequence of events) which will then dictate the characters, scenes and settings in your story.

I believe in the same causal structure, but prefer the opposite order. I let my subconscious play scenes out I find entertaining, and then let the characters and the situations tell me who they are, what conflicts they encounter, and what themes I should explore.

You have to find your own way of doing things, of course; every writer is unique, and it’s your unique story and vision that matter. Whatever you have to do – outline or no outline, start from the beginning or write backwards for the end – just do it.

Just write, and eventually it will all sort itself out.