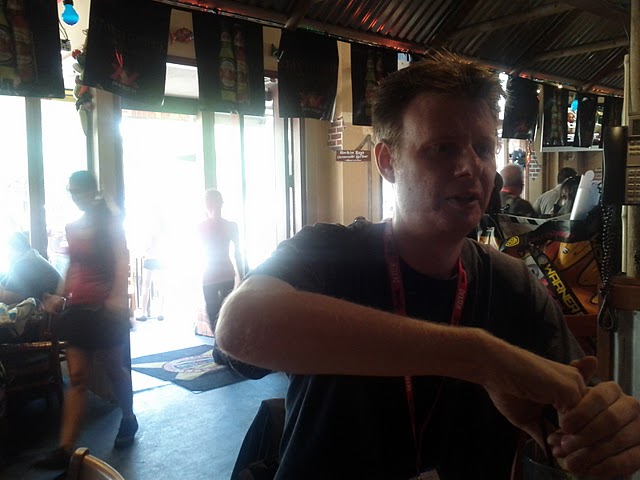 At Comic-Con I catch up with a lot of old buddies, particularly one of the Edge who’s solidered through many drafts of my early stories.

He’s got a script he’s working on, and is making a lot of progress. In contrast we know a friend who’s written a dozen scripts and is making no progress at all. Why?

One of the conclusions we came to is that it’s important to accept criticism of your work. Timely feedback is critical to improved performance – but you must respond to it.

I think writers should put down all their dumb ideas and then convince everyone that they’re brilliant. Your quirky ideas are your contribution – I mean, who’d think a story about a naked blue guy and a homeless vigilante investigating a murder would make one of the greatest comics of all time, but hey, that’s Watchmen.

But you’ve got to sell those ideas. “Ideas are a dime a dozen, but a great implementation is priceless.” So if you show someone your story with a naked blue superhero and they don’t buy it – you have to fix your story.

That doesn’t mean you take out the naked blue guy, even if your critics want you to. It’s your story, and just because it doesn’t work for someone they may not know the right way to fix it. It’s up to you, the author, to figure out how to solve the problem.

Readers give bad advice about how to fix stories because people are notoriously bad at introspection. If someone gets a funny bad feeling about the manuscript, they may latch on to the most salient unusual feature – not realizing it’s the bad dialogue or structure which gives them indigestion.

But authors are also notoriously bad at accepting criticism because they take the criticism as a personal attack. But if you get criticism on your story, you’ve done a great thing: you’ve produced a story that can be evaluated.

Authors are also bad at accepting criticism because they have fragile little egos. But you can’t afford to explain everything away. If people are complaining about your story, they did so for a reason. You need to figure out what that is – and it’s your problem, not theirs.

So, if you get criticism on your story you don’t think is fair, you get one — ONE — chance to explain yourself. If your critic doesn’t immediately get it, then — even if you don’t agree — say, “Yes, thank you, I’ll take it under advisement.”

Then put it in your trip computer and remember it for later. If others see the same thing, you have a problem. If you personally start to feel even slightly the same way, you have a BIG problem.

But your biggest problem is not taking criticism at all. Me and my friend have encountered a fair number of leaders whose egos are so fragile they’ve insulated themselves from all criticism.

You can still achieve some degree of success in an echo chamber if you’re willing to critique yourself and you have high artistic standars. But usually it just makes for unnecessarily flawed stories, movies and products – and an unnecessary slide towards the dustbin when your ideas stop working.

So if you’re lucky enough to have someone who reads your pre-baked work and gives you feedback, listen carefully, explain at most once, and take the criticism gracefully. Your art will be the better for it in the long run. 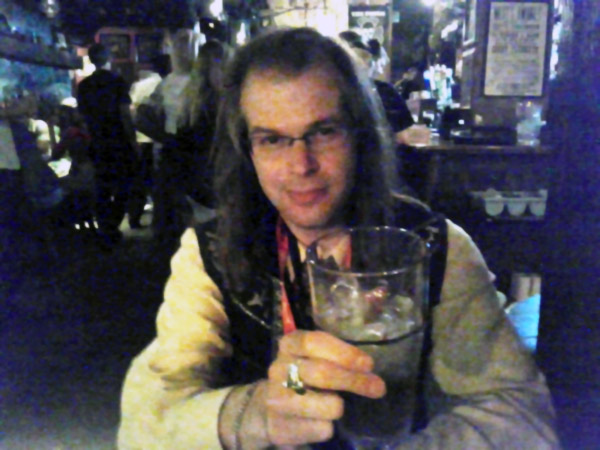