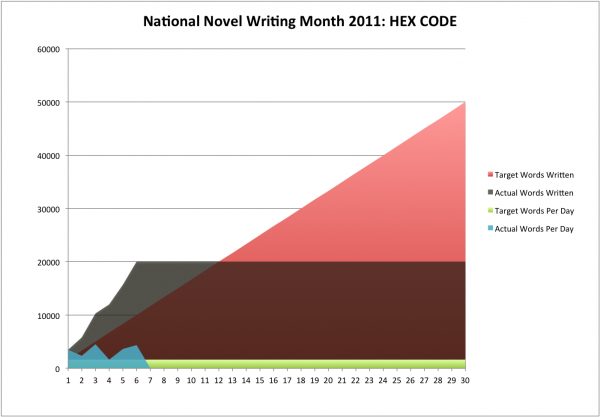 I’ve now just reached the point where I’ve caught up with my crazy goal of writing at twice the normal rate. I’ve written just a notch over the required 3,333 words a day, churning out 20,000+ words in HEX CODE (and that’s NOT counting the 1500 word seed I started with). 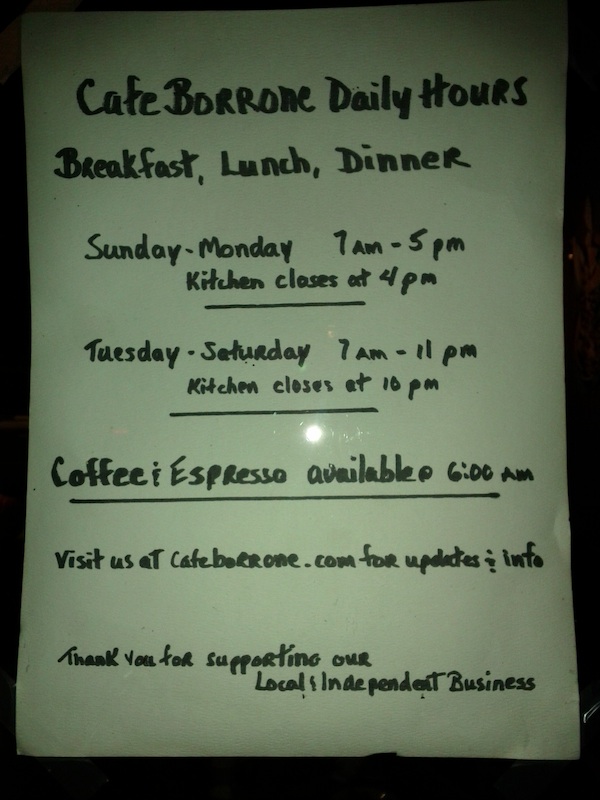 I had hoped to be this caught up last night, but I erred and went to one of my favorite coffee houses and found it closed an hour earlier than I thought, cutting in to my writing time. I could swear these hours are new, but maybe I’m just hallucinating. 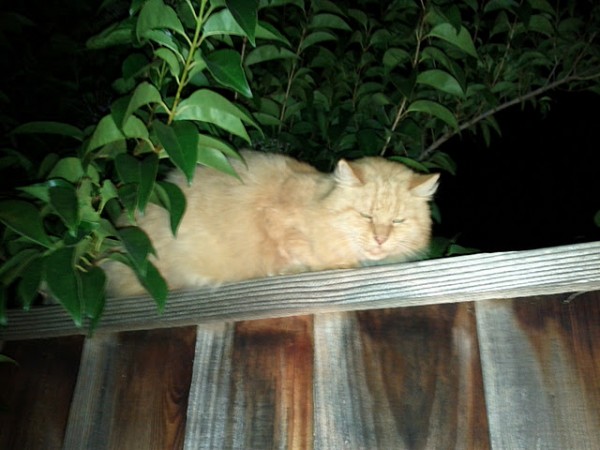 And when I got home I had to play with the cats, such as the cute little monster above, a feral, stray or perhaps just terribly surly cat that just might be our orange cat’s father (or mother – I didn’t get close enough to enquire). Regrettably, since we already have too many cats, they mark, and feral cats have been trying to get into our home, I had to shoo Mister Orange Cat away, gently touching him with my flashlight, which freaked him out as he didn’t know what it was – no matter how much he whapped at it, it didn’t react. He actually looked OFFENDED as he scrabbled away atop the fence. I’m sad to have to do that, but his possible son below is more than enough trouble – we can’t take in any more cats. 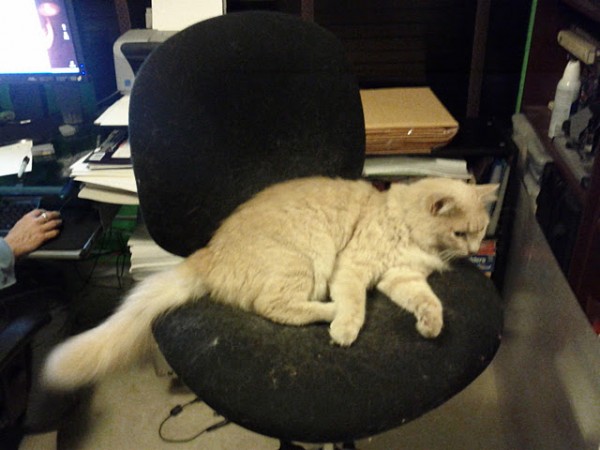 The point being, I was exhausted, but by the time I did all my cat triage, I just fricking collapsed into blissful unconsciousness. Today, however, I had no plans. While I overslept for church, as I irritatingly often do, I still got up reasonably early thanks to Daylight Saving’s Time. So I had an extra hour to get out, get to a Panera … and get caught up.

I got my day’s writing done pretty quickly, got a notch more ahead, and then went home, fed the cats, cleaned the pee left when the rains discouraged one of them from going outside 😛 and resumed writing with Harry Potter and the Prisoner of Azkaban in the background. A friend called, I hopped in the car while talking with him, and by the time we were done I was standing outside Chipotle with only 250 words to go.

Short story, by taking the laptop out first and turning the internet off, I made it to 20039 words. 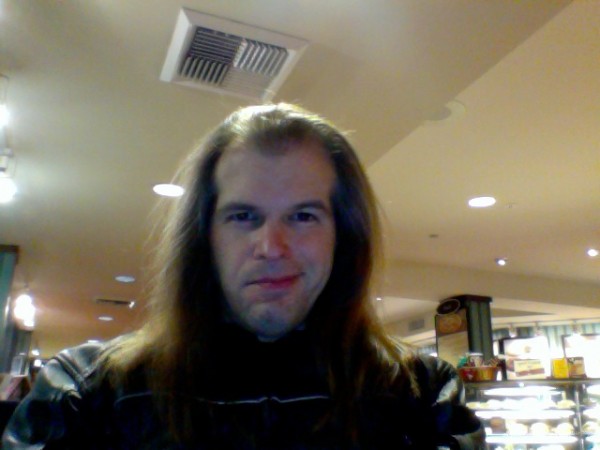 Now I’m freezing my ass off in a surprisingly chilly Barnes and Noble, sipping on a Frappucino (yeah, I know, cold drinks on a cold day, shut up, there’s a reason my Top Gun name is Iceman) and taking a short break. Soon I’m going to dive back to it and try to finish another thousand words or so to give me a comfortable buffer. If all goes well, if I can keep up a bit less than the pace I’ve done so far, I should be able to coast through the second half of November.

Maybe, just maybe, if I get done early enough … I can go see The Thing again.

Published in Challenges, The Cats and Uncategorized