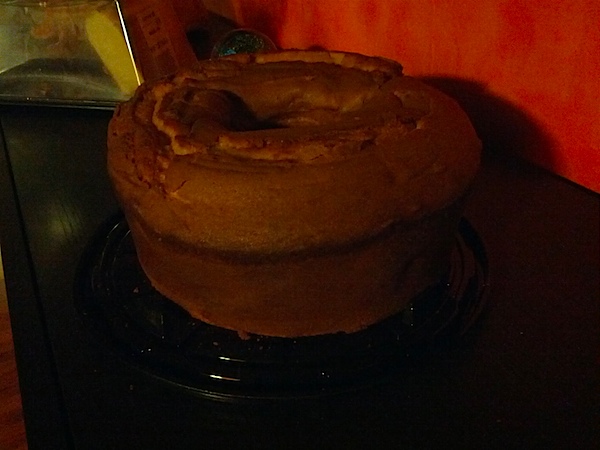 As I’ve moved from city to city, I found substitutes – the Kroger ring pound cake in Atlanta and the Safeway ring pound cake in the Bay Area. For a while, however, Safeway stopped carrying this item, so I started baking my own pound cakes for my evening ritual: two slices of pound cake, one glass of milk, and a book, just before bed.

Someone asked me about a good pound cake recipe, but as it turns out I haven’t made pound cake in a while as (a) my oven failed just before (b) Safeway began selling ring pound cakes again right around the time (c) my first novel got published, at which point writing sucked up the time I spent on other hobbies. 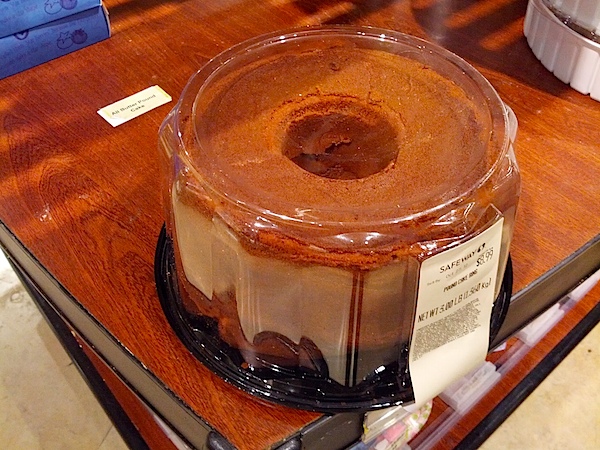 Wow. That last bit is really true: I just don’t have as much time for karate or cooking or anything else because I gotta write, not just for enjoyment but because people want to read my stuff. But (b) is the controlling factor, because I gotta have pound cake, and I could make time if I had to since I have a doorway to extra time.

But I can share the recipes that I was working on before the oven failure. The following is a “ring pound cake” that was my most recent success that didn’t involve Splenda, which I’d been experimenting with, off and on, to try to reduce the calorie count of my cakes. What follows, however, is (nearly) pure butter sugar flour eggs joy:

My previous best recipe is similar. I adapted one from “I’m Just Here for More Food” by Alton Brown, a chef well known for his excellent, scientifically-based cooking. After cross-referencing against the Joy of Cooking, I felt safe leaving out the vanilla on the suspicion that last time’s funny flavor wasn’t just the Splenda but my fairly old vanilla flavoring (which I found was labeled “bourbon vanilla” which made me even more suspicious.) This left the recipe:

The oven was preheated to 325, baking was 1 hour, and the cake was allowed to sit a bit before being taken out of the pan.

See my blogpost for more details. These are the last things I have records of trying.

Published in Recipes and Uncategorized