Going on the Record about Donald Trump 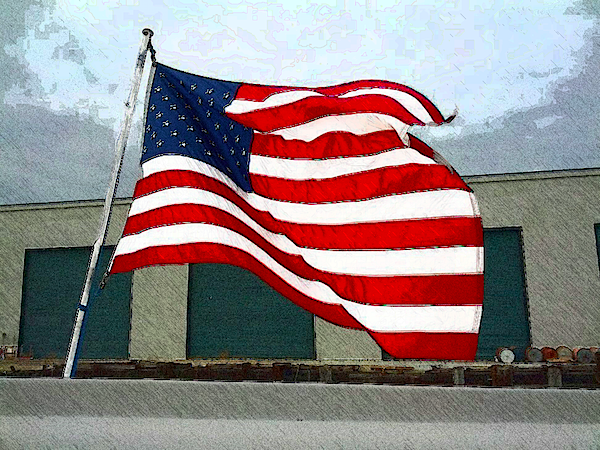 AS some of you may have noticed, real estate mogul Donald Trump is making his second (or third) run for the presidency (depending on how you count), and has been having quite a good show of it – topping many polls despite saying and doing a lot of things that would have doomed another candidate – such as disparaging American prisoners of war, associating immigrants with criminals, and, most recently, associating his opponents with pedophiles.

As a left-leaning moderate, I’m not fond of many of Donald Trump’s policies. But I am fond of Dilbert, and the excellent blog by Dilbert creator Scott Adams, in which Scott wrestles with many difficult and interesting ideas so you don’t have to (but you should). In the blog, Scott’s been chronicling Trump’s rise to power with what he calls the Master Wizard Hypothesis, which, in a nutshell, says that there are great techniques of persuasion, Trump is an acknowledged master, and most of the crazy things that Trump is doing are carefully engineered to get and keep your attention. Regardless of your politics, Scott says, you should pay attention to what Trump is doing, because you’re watching a master class in persuasion unfold on a national stage.

Scott, a trained hypnotist and student of persuasion himself, goes further to say that a Master Wizard’s persuasion often puts people into cognitive dissonance, where a person becomes uncomfortable when they are presented with information they don’t want to accept. Well, as a trained cognitive scientist, that characterization makes me a bit uncomfortable, because I see the conscious (or unconscious) persuasion embedded in that characterization, persuasion which is in the favor of someone trying to be a persuader: the framing is that someone presented with “information” is “feeling uncomfortable,” hence is being irrational. However, because one thing that can trigger discomfort is someone exhibiting a violation of what you perceive to be a standard, it’s also perfectly possible that you can feel uncomfortable confronted by new “information” that contradicts new beliefs not just because you are inconsistent … but because the presented “information” is wrong. So, in this argument, people could possibly just be upset with Trump not because he’s a Master Wizard … but because they sincerely disagree with him in their judgments about facts and policies.

As it happens, I’ve entertained for a while an alternate hypothesis about what’s been going on about Donald Trump, and it seems like it might be playing out. In fact, I’ve almost been scooped on it, so at first I wasn’t going to write anything. But Scott Adams has done something great with his hypotheses: he’s put his predictions about Trump on the table, so he can be proved wrong later. Feynman argued the same thing: you’ve got to stick your neck out far enough for it to get cut off in order to really see the truth. So, I wanted to go on the record about what I think’s going on with Donald Trump.

For reference, here’s what I think people are saying about Donald Trump:

These all seem like alternatives, but they’re actually closer than you think. They’re all based on the idea that Trump has no shame (which isn’t likely true), has a lot of experience at business (which is almost certainly true), and is saying things that the Republican base wants to hear. The spectrum seems to be whether you think some of his more colorful antics are because he’s an arrogant bully (politicos), a skilled persuader (Adams), or a genuine conservative (the Republican base).

So, under this theory, Donald Trump would likely implode sometime between the debates and the campaign trail (where a majority of votes, not just topping a poll, matters, and a mammoth grassroots organization is needed), but regardless of whether he implodes, he’s going to have a huge uplift in his brand, and will have set the course of the campaign.

Last week, Trump appears to have imploded with a long winded speech, different from his usual polished self, in which he ranted about his opponents, outlined his policy approaches about just about everything, and ultimately finished with “How stupid are the people of the country to believe this crap?” His opponents have gone wild, and Janell Ross wrote an article which crystalized what I’d already been thinking: Donald Trump might be self-sabotaging. You read it there first, folks, but just so I would have the opportunity to be proved wrong, here’s what the other people predict.

And now my take:

As Scott might say, I remind you I don’t know who’s going to be President. I’d be a dumb man to bet against the author of Dilbert; I literally have his book on systems versus goals on my desk at work. (I haven’t gotten to it yet, but soon – I get the gist from his blog). And other politicos certainly are more practiced at this than me; I’ve only been following politics closely since, oh, when Bush was running. Bush Senior. The first time. Remember, against Reagan? I do.

SO anyway, the best hypothesis will win, because you can’t fake reality any way whatsoever. I’m going on the record saying I think Trump is bowing out of the race. If I’m wrong, I’m wrong. But if Trump has started to bow out, I’ll think about my Genius Brand Management hypothesis, recall that I said to myself that a smart man wouldn’t just use all this free publicity to pump his brand, but to make a statement to the American people about what he cared about. And then I’ll think about this phrase from his speech:

“I’ve really enjoyed being with you,” Trump said. “It’s sad in many ways because we’re talking about so many negative topics, but in certain ways it’s beautiful. It’s beautiful.”

Sure sounds to me like someone who has issues he cares about, bowing out after he’s said his peace.