So after a gut punch, one of the most important things to do is to take time out to recuperate. 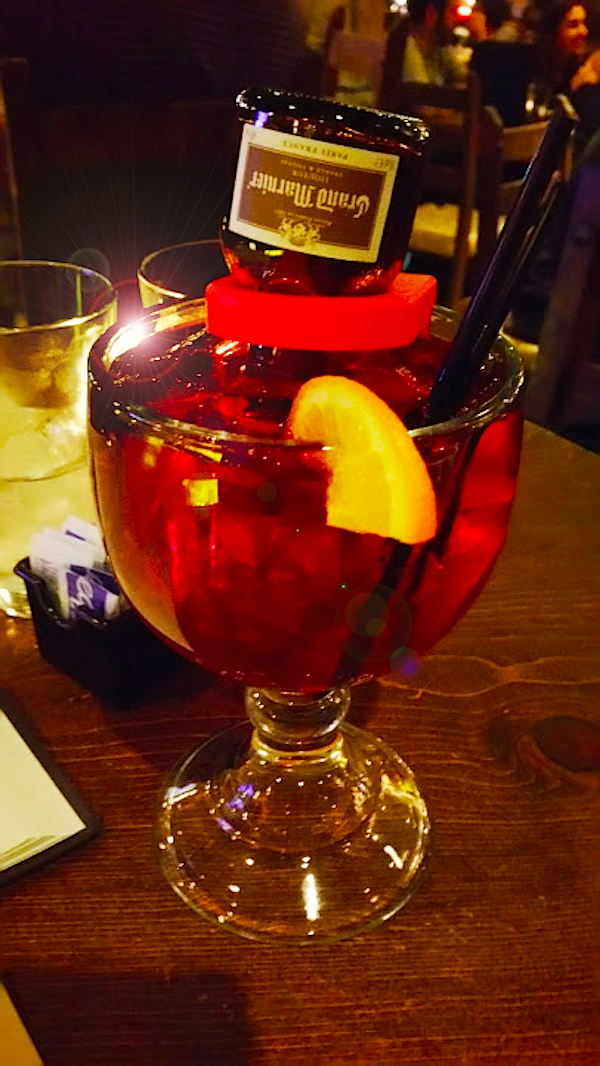 But funny thing is, the highly effective sangria above wasn’t the thing that broke me out of my funk. When something bad happens, I try one of the following strategies to feel better:

As for why that last conversation happened … 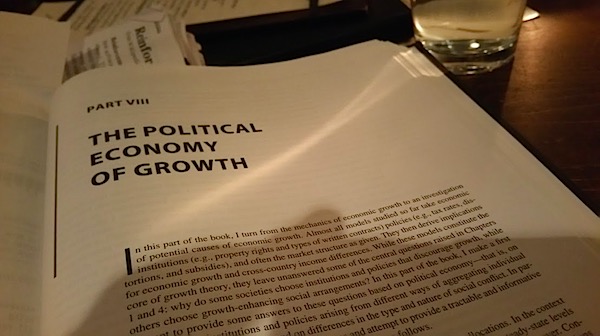 Which goes to the next item on the list …

You’ll note that nowhere in here is “get a drink.” That’s a terrible idea – if you think you need a drink, you probably shouldn’t have one, as needing a drink is the road to alcoholism. For that reason, and many others, I always stop at one drink per day – period. No matter how strong the drink, it’s almost impossible for a one hundred and eighty pound male to get drunk on just one.

Having a drink after you feel better, on the other hand, can be a great relaxer. But how do you get to that relaxed state? Well, one thing I try is, well, trying to resolve the problem.

But the point at which it turned wasn’t when I got a drink. It wasn’t after I took a nap, took a walk, talked to people, changed the scene, got a book on political economy, got coffee, or texted the involved parties to finalize the resolution of yesterday evening’s gut punch. It happened at very strange place, as I was drinking coffee, as I was reading, as I was texting with my friends to resolve the problem, I got sucked in to the problem that prompted me to get the book, a question I heard in an unrelated political debate from last night. As is usual in these cases, I found that the debate followed the rule of thirds: on a third of the topics, my buddy was definitively wrong, on a third, I was definitively wrong, and on the middle third, there were open unresolved questions worthy of debate. And as I started to look at those questions … I had a brainflash on how to solve them.

And then on a meta-brain-flash, as I realized what tacking the problem was doing to my mental state: it was fixing it.

The particular question I was tracking – how to evaluate economic policies – is something I’m going to be working on for a while, but I can give you a flavor for it: how do you know whether a political candidate’s economic policies will work? Sometimes that’s easy: for example, Democrats like to spend when the economy’s doing well, and Republicans like to cut when the economy is doing poorly – and both sides are dead wrong. An economy is not a household – cutting spending in a slump will cut the state’s tax revenues and cause an austerity spiral and increased debt; spending in a boom incurs obligations that the state can’t sustain in the next slump and increased risk. These are pretty close to ironclad laws, that operate whether you believe in big government or small or low taxes or high; those are just the dynamics of economies whether you like it or not – whether you believe it or not, suck it up.

But looking long term, some policies promote growth, and some don’t; and it isn’t always clear which is which. What’s worse, exogenous factors – those pesky world events like wars and plagues and wardrobe malfunctions – throw an unavoidable amount of static on top of whatever we’re trying to measure.

The book I’m reading gives me, so far, the impression that individual outcomes are, roughly, helped by a country’s growth, and a country’s growth is affected by things it can’t control, like the luck of history and geography, and things it can, like culture and institutions, with evidence strongly suggesting that institutions matter more than culture, since some countries have kept their cultures but changed their institutions and shown amazing growth. The factors that seem to affect this most are protecting private property, having enforceable contracts, reducing barriers for investment, having a level playing field for businesses, and creating equality of opportunity for citizens … but …

But how much of this is noise, and how much is reality?

Turns out … you can. 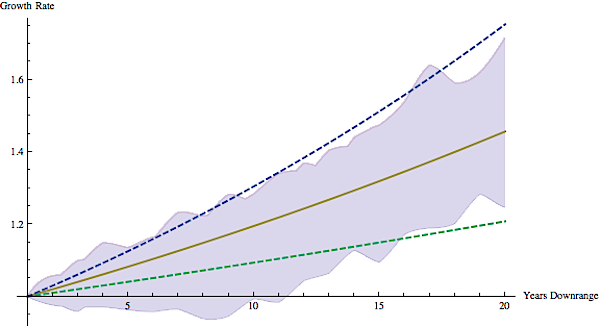 The central red line is 2% growth, projected out over 20 years. The dotted lines above and below it are 1% and 3% growth … and the grey range is the max and min of a stochastic simulation of ten different histories, each with 5% random variation from year to year, which looks something like this: 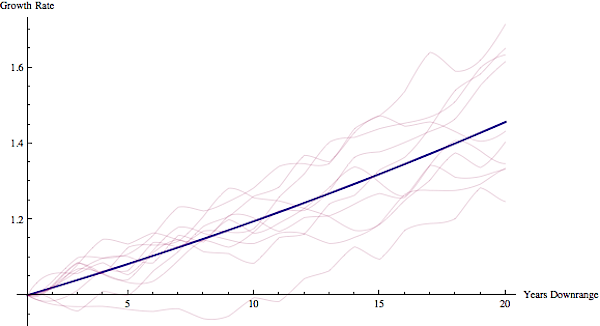 The point is, if you get a gut punch – like in the bottom trajectory above – it can look like you’re running a bad policy on a time range of a decade or more before things start to get back on track. On twenty year time horizons, however, you really can start to see an affect. On even longer time horizons, having the right polices can be the difference between a country like Nigeria – rich with oil wealth, yet having a flat growth range – versus a country like the US or Japan or even Botswana or South Korea.

This doesn’t show whether I or my buddy is right – in fact, this model, even as an abstract model, would need to be augmented greatly, to get a proper range of growth rates, of randomness, of the types of exogenous influences and their timescales. But even in its current state, it shows that under a very broad set of assumptions … I and my buddy were right to wrestle over this problem.

What we do now matters, not just in the next election, but twenty years down the road.

And doing that work took me out of my slump. It connected me to an earlier conversation, to earlier problem solving skills not engaged with what I’d been doing just prior to the gut punch. The gut punch still needs to be dealt with – but now it’s just an event, not a thing that causes random spikes of rage and anger when I’m trying to drink my coffee. 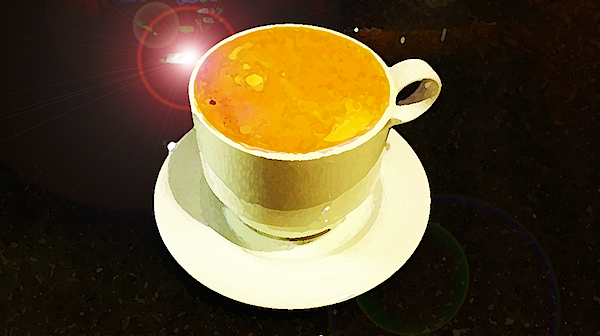 And that’s how I learned a new way to deal with a gut punch.

Appendix. The graphs above were generated via the following Mathematica code: 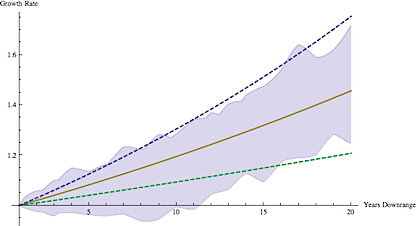 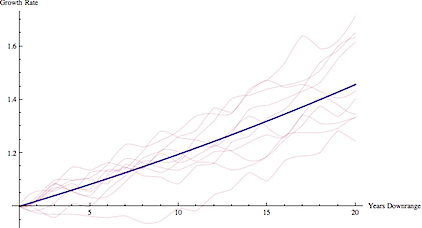 I hope you enjoyed this exercise in computational therapy.