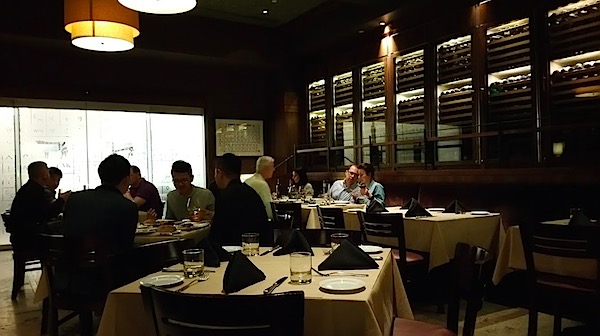 The good news is I wrote ~2800 words yesterday, more than I needed. The bad news is I wrote 900 of those words by hand in my notebook (so as to not disturb the other diners in the dark and quiet restaurant with the typing coming from my glowing laptop), and took most of this afternoon’s writing session to get them all typed in. Argh! Still, I’m happy with the results …