And yet another! Friend and fellow author / editor BJ Sikes is now interviewed on Sage and Savant!

About Alternate History with Author and Editor BJ Sikes 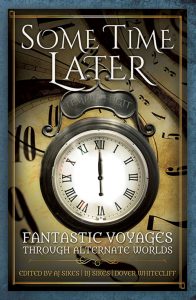 BJS: Absolutely. As chief cat wrangler for all three of the Later anthologies, I had to coordinate deadlines and revisions for not just the fifteen or so authors, but also our publisher’s staff. Why do I do it? The power, obviously. But in all seriousness, it’s the satisfaction of being an integral part of a fantastic collection of stories.

Q: What was your favorite story to edit/write for the anthologies?