I was going to write “And from his labors, he rested” but that’s entirely to uncomfortably Messianic for me, so here’s the scoop: on the last day of Nano, I have stopped at 75,282 words. 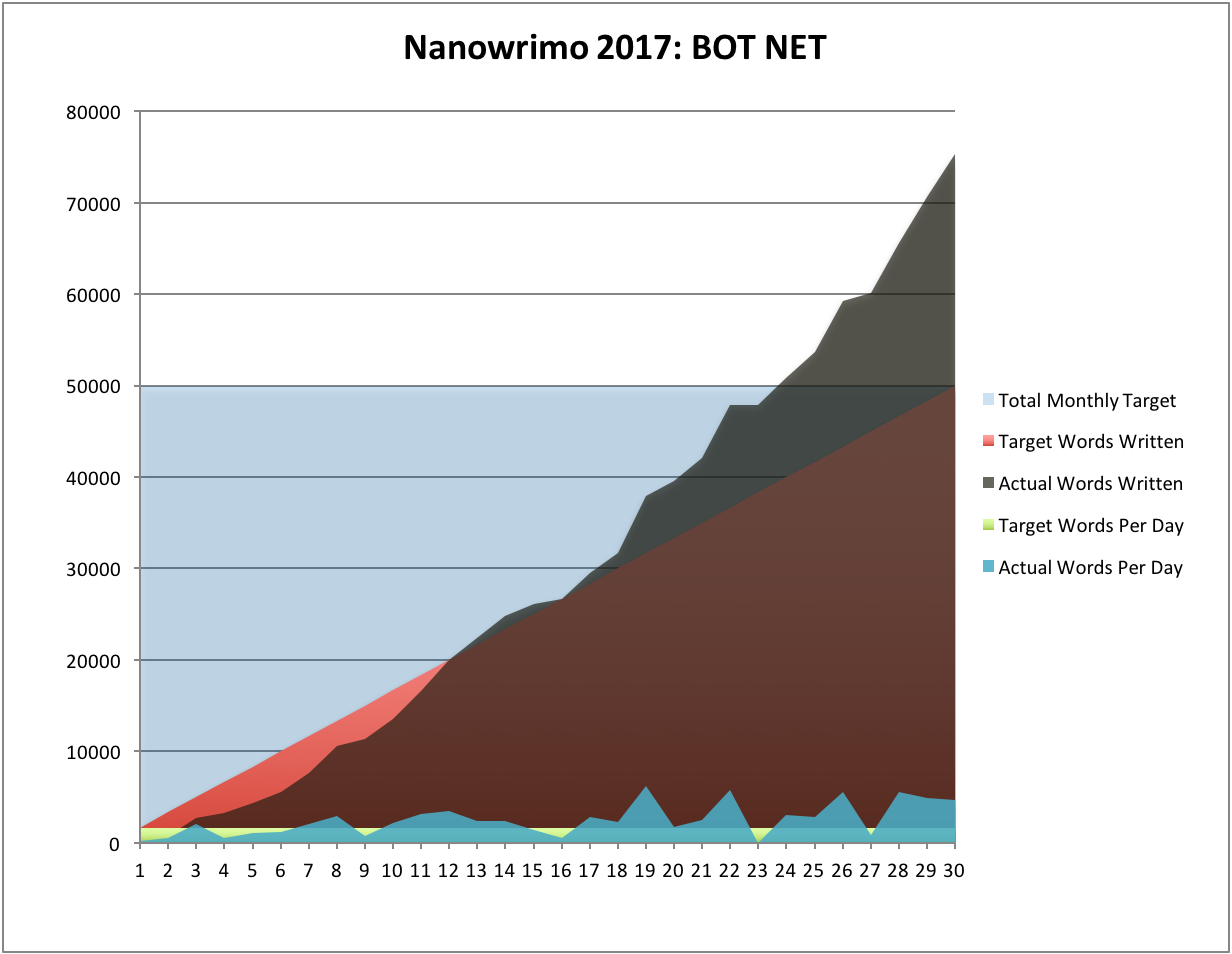 This somehow all magically happened because I never lost my momentum after the Night of Writing Dangerously, oh, and because this is Cinnamon Frost, and she’s awesome! 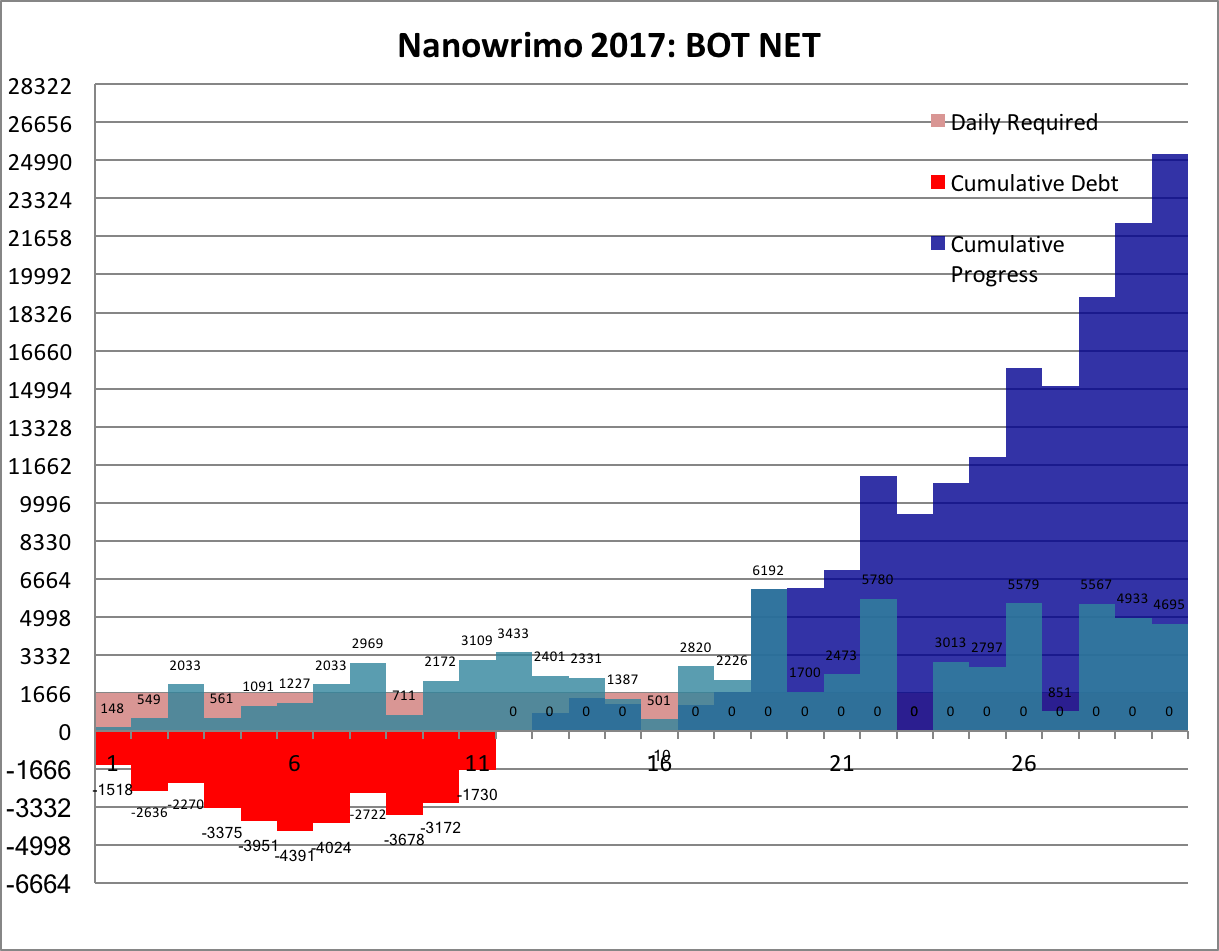 The first challenge was easy—spirit. Awareness. Being aware of faerie.

The second challenge was harder—mind. Intellect. Learnin’ the logic of faerie.

The third challenge was the hardest of all. Body. Emotion. Feeling faerie in your bones.

A huge cacklin’ thing bursts out of the water. Its head is as big as Krishna’s, a huge green dripping thing under a mass of hair, its wide smooth but mottled nose remindin’ me of a diseased muppet. We can’t see the thing’s eyes, but its arms loom around us. Ben and Surrey screams.

“Do you care?” it screams, openin’ a maw filled with giant teeth the size of playing cards. I think it could swallow any of us whole. “Do you care if you diieie?”

“Aaaah!” Benjamin and Surrey screams. “We care! We care!”

The thing looms further forward. “Then flee, mortals, or you may perish here!”

“Don’t flee,” I murmurs. “Or you may perish elsewhere—”

“We—we will not flee,” Surrey cries.

“For we may perish elsewhere,” Benjamin says with sudden insight. Did he hear me?

“But stay here, and death will be certain, mortals!” the thing cries, loomin’ over them.

“Stay anywhere, and death is certain, for mortals!” Benjamin cries.

“And you don’t care if you die,” I murmurs into Surrey’s ear.

“Surely death comes to all mortals,” Benjamin says. “Why should we care?”

“I could make death hurt,” the thing cries, stretchin’ its arms out like a giant Muppet.

“Or we could die in our sleep,” I murmurs. “But I can make death hurt him more.”

I actually have practically finished BOT NET,  so next up is Cinnamon Frost #3, ROOT USER! Oh, and editing Dakota Frost #4, SPECTRAL IRON! Due in about 4-5 months. Aaaaaaa!