Here’s what was in the rabbit hole from last time (I had been almost there):

I had way too much data to exploit, so I started to think about culling it out, using the length of the “mumbers” to cut off all the items too big to care about. That led to the key missing insight: my method of mapping mumbers mapped the first digit of each item to the same position – that is, 9, 90, 900, 9000 all had the same angle, just further out. This distance was already a logarithm of the number, but once I dropped my resistance to taking the logarithm twice…

Then I could easily visualize the small set of transitions – “mumbers” with 3 digits – that yielded the graph above; for reference these are:

The actual samples I wanted to play with were larger, like this up to 4 digits: 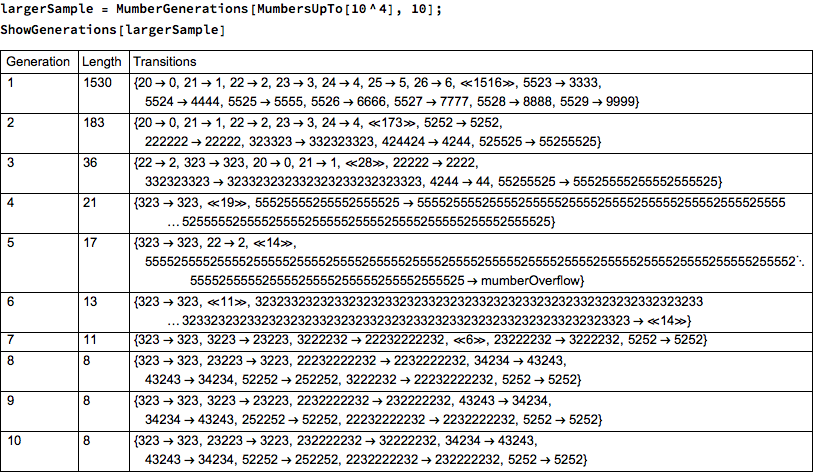 This yields a still visible graph:

And now the next lesson: finishing up this insight, which more or less closes out what I wanted to explore here, took 45 minutes. I had 15 allotted to do various computer tasks before leaving Aqui, and I’m already 30 minutes over that … which suggests again that you be careful going down rabbit holes; unlike leprechaun trails, there isn’t likely to be a pot of gold down there, and who knows how far down it can go?

P.S. I am not suggesting this time spent was not worthwhile; I’m just trying to understand the option cost of various different problem solving strategies so I can become more efficient.