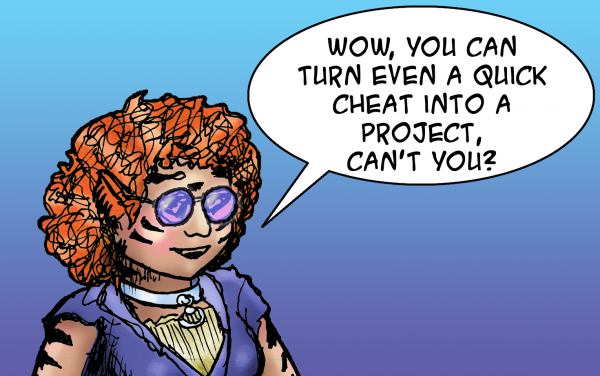 As it says on the tin. Fell down a rabbithole trying to clean up my files prior to doing my art, decided to cheat by posting a sketch I did earlier today, then fell down more rabbitholes since I apparently can’t not experiment with coloring a sketch. For reference, here’s the sketch from earlier, the first entry in a notebook that I hadn’t written in in over 18 years: 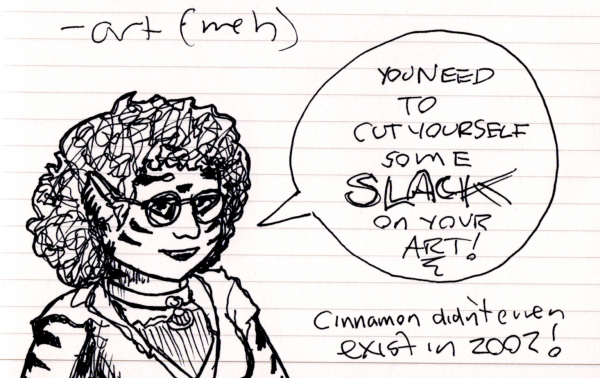 I came across this notebook just trying to find an appropriate notebook for a science idea (my sketchbook is at hand, but the science notebooks are … buried in boxes?? Not sure) and found this one, a “commonplace book” filled with various ideas, including a life review from almost 20 years ago. I’m … actually pretty happy with how things turned out over the last 20 years, between my wife, my novels, my comics and Google, but there’s so much more to do.

Finally, for reference, here’s a piece of art I found while I was re-organize my files. This is from 24 Hour Comic Day, mind you … a bit ambitious, I think, but this pre-break art I think shows the kind of work that I’m intimidated by when I try to get back into drawing: 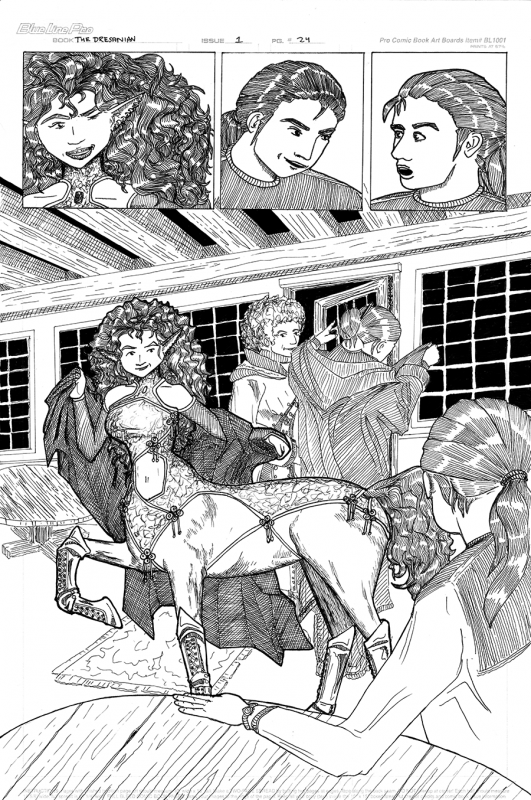 Yes, there’s a lot to be improved with this art, but (a) my inking was a lot better, and (b) wow, I had forgotten how much the Porsche St. George character was supposed to be a “knockout”. So much of what I’ve written / drawn about her since then has been the workmanlike space warrior stuff, not so much the original romance between the twentieth-century time traveller and the thirtieth-century centaur.

Ah well. Lots of work to do before I can get back to that level of quality, even though I see a lot of work I need to do to improve upon that once I get there.