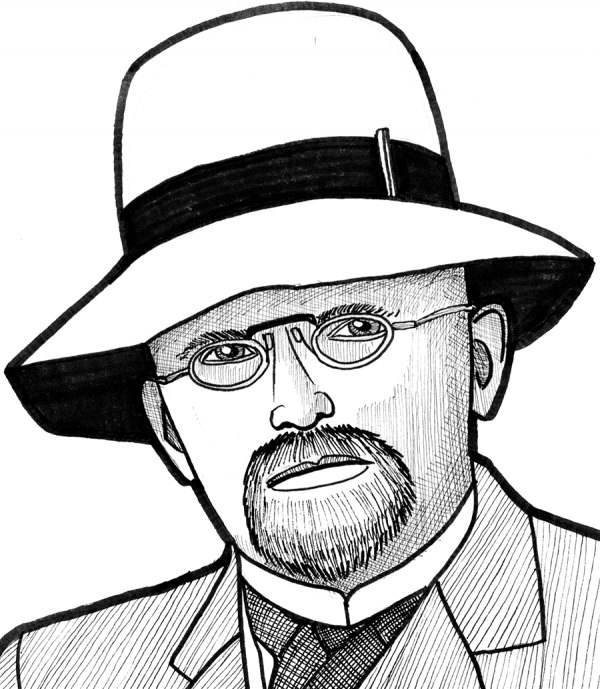 Jesus frequently calls on His listeners to repent – to stop what they’re doing, to undergo a change of heart, and to choose to do things that are better. But He also frequently exhorts His listeners to “Be Not Afraid”, because He’s there to help us follow Him: “My yoke is easy, and my burden is light.”

That yoke doesn’t feel so light if one is struggling with sins of addiction, or challenged by discrepancies between the traditional social mores expressed in the Bible and the truth of personal lived experience, or if one grows up in an environment that twists traditional Christianity into profound repression.

I have a close friend who struggled for years with post-traumatic stress disorder brought on by the stories told in his extreme Christian community – that salvation depended on a transformative “come to Jesus” moment which he had not yet had, and the Rapture was likely to happen at any moment.

Every time he came home from school and his parents were out at the store, he wondered whether the Rapture had happened and he’d been left behind. Well, the Rapture didn’t happen, and isn’t going to happen, because it’s both bad cosmology and bad theology, but that was no help for my friend.

He couldn’t talk to anyone about his feelings because his Christian group essentially held that people were saved, or not, and the people who were saved were predestined to be saved, and those who weren’t, weren’t – so if you didn’t have your special mystical experience, you were a bad person.

Now theology is important – whether the person in question is a Christian or an atheist, it’s at first sight hard to blame them for acting on what they believe. But, as my friend put it, imagine telling slaves brought to America that their abuse was OK because their abusers thought it was right.

It’s a bit much to compare being raised within a repressive group and slavery: that fails to respect the real experiences of people who endure slavery, which is worse. But, the point is, in the end, we can’t give people a walk on carrying out their sincere beliefs if those beliefs end up hurting other people.

That’s why I try to follow Jesus’s example of examining each situation anew, looking at how individual human beings are affected by the concrete actions being done in that situation. When we’re trying to decide what we should do, it can be tricky; when we try to decide for others, we can lose perspective.

That’s why I believe that self-righteousness is one of the most dangerous sins. Morals are important, of course, and we can’t get away from the fact that if we believe Christianity to be real, that God’s will is important, and that sins that depart from God’s will should be avoided, then we must teach morals.

But teaching morals is one thing, and forcing morals on people around us is another, much less taking on the responsibility to enforce morals on a whole population. Enforcing morals with laws requires violence, and enforcing them at a social level leads to repression – and victimization, like that of my friend.

That’s one reason Jesus suggested that his disciples shake the dust off their shoes if a town fail to listen to their message – rather than suggesting that his disciples call down fire from the sky as at Sodom and Gomorrah. Presumably God has the budget for that, but would fail to respect the people who are there.

When all filled with righteous indignation – let’s say for ark of saguement, legitimately righteous – over something that someone has done wrong, when considering our response, we should ask: is the response I’m considering itself doing harm to this person?

Worse, are we forgetting that Jesus wasn’t just asking us to reconsider our sins, but our lives?

Jesus doesn’t just preach repentance, fearlessness and a new way of thinking. He doesn’t just rework old rule-bound approaches to morality in favor of an analytical, reductionist, person-centered approach. He also preaches a gospel of radical kindness and support for each other.

He preaches it in “love your neighbor as yourself”. He preaches this in “turn the other cheek”. He preaches it in “give to all those who beg of you” and in the Sermon on the Mount, which begins with the Beatitudes, which bless the poor in spirit, mourners, the meek, the merciful, the pure, the peacemakers.

Jesus is making an argument for human goodness. Christians think of God as infinitely good – a troubling statement in the presence of evil, though we can chalk it up to praise for argument, a kind of performative Christian loyalty to God, in which believers commit to saying good things about Him in all circumstances.

Constructivist mathematics provides us an out here. Do infinities exist? Well, maybe, maybe not, but we certainly can’t put infinity in our pockets. But we can conceive of a series whose elements always has a successor. There’s always tomorrow after today. After every number, there’s that number plus one.

And no matter where we are on our journey towards God, we can always get one step closer. So, in some sense, there’s infinite room for us to improve our behavior. So even if we are actually not committing any sin, there must be ways that we can improve – by trying to make the world better.

Focusing on avoidance of sin as the core meaning of Christianity misses both its point and potential, and leads to self-righteousness in perfecting our own behavior and controlling the behavior of others; but Jesus calls upon us to do more: to love one another, to comfort the sick, to feed the hungry, to do good.

Pictured: David Hilbert, whose finitism is a form of constructive mathematics, a formalist program which Kurt Godel ultimately proved impossible with his Incompleteness Theorem.