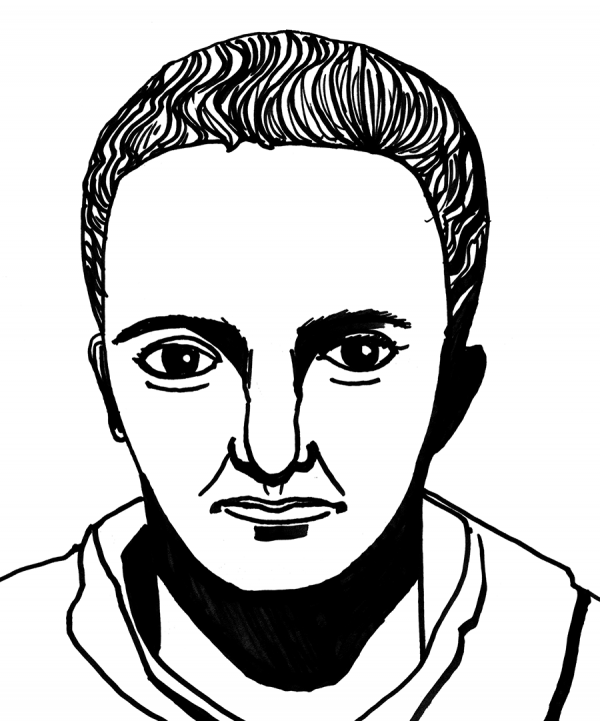 … but do allow yourself to be influenced by their teaching.

The Bible is filled with authoritarian language. The so-called “divine right of kings,” which authoritarian thugs used for over a thousand years to justify their aggression, may have gotten its start in the book of 1 Samuel, in which the people of Israel ask for a king, despite the prophet Samuel’s warnings:

“This is what the king who will reign over you will claim as his rights … He will take your sons and make them serve with his chariots and horses … he will take your daughters to be perfumers and cooks and bakers… he will take a tenth of your flocks, and you yourselves will become his slaves.”

I left out a lot there, but it draws a pretty complete picture of a pretty ugly king. But Samuel promises no salvation for the people who have asked for this ruler: “When that day comes, you will cry out for relief from the king you have chosen, but the Lord will not answer you in that day.”

Similarly, Jesus doesn’t offer relief from the Roman persecutors when asked by the Pharisees if it is legal to pay taxes to the emperor – Jesus pointed out that the coin to pay the tax had Caesar’s image on it: “Render to Caesar the things that are Caesar’s, and to God the things that are God’s.”

Kings used to let this get to their glitter-crowned heads. King James (yes, that King James) once said: “The state of monarchy is the supremest thing upon earth, for kings are not only God’s lieutenants upon earth and sit upon God’s throne, but even by God himself, they are called gods.”

Whoa, James! That’s basically calling yourself a god. Remember the Ten Commandments, specifically #1 “Thou shalt have no other gods before me.” Pretty blasphemous for the guy who commissioned a translation of the Bible … wait, the King James Bible … and you even put your name on it?

Well now, it seems clearer why a king grabbing at power – for James was originally just king of Scotland, which did not recognize absolute monarchs – would commission a religious text in their new country’s language justifying that rule, along with manuals for interpreting it which gave him absolute power.

Those manuals, the awesomely titled Baskilon Doron (meaning “royal gift”) and The True Law of Free Monarchies both laid out the divine right of kings as an extension of the apostolic succession – relying on arguments from a Bible which James worked to make available to his whole kingdom.

Now, James was wrong about the divine right of kings being an absolute grant of authority … but he wasn’t wrong to see a role for authorities in our life. Let’s go back to what Jesus said about Caesar:
“Render to Caesar the things that are Caesar’s, and to God the things that are God’s.”

Contra James’s self-serving arguments, this isn’t a call for kings to receive absolute obedience: right there on the tin, Jesus distinguishes between the respect leaders should receive and the worship God should receive. We can get a little more insight into this by looking at the context of the question.

But you can’t put Jesus in a box, hence his wonderful answer which not only splits the difference in a creative third alternative, but also provides new ways about thinking about the problem. But hidden in this answer is the rejection of the demands of the Zealot to throw off the poll tax and to overthrow Rome.

The Roman occupation of Israel was wrong, full stop. They conquered it, they taxed it, they drove it to the edge of rebellion through oppression, and after the rebellion boiled over thirty years after Jesus’s death, they put down the rebellion by siege, slaughter and the destruction of the Second Temple.

But, as sad as all that was, to God, the Roman oppressors were people too. A Zealot rebellion led by Jesus would have been successful – some theologians think Jesus was the “commander of the armies of the Lord” from Joshua 5:14 – but would have led to the deaths of countless people on both sides.

Orchestrating wholesale slaughter is not what Jesus came to do. Treating every single human being with respect means that sometimes we must put aside the desire to fight injustice if that fight means bringing harm to people that can be avoided. Whenever possible, Jesus argues we should turn the other cheek.

Jesus goes beyond that. He criticizes the Jewish religious leaders throughout the Gospels, but He also acknowledges their authority: “The scribes and the Pharisees administer the authority of Moses, so do whatever they tell you and follow it, but stop doing what they do, because they don’t do what they say.”

Jesus is both saying we should follow legitimate authority AND saying blind exercise of authority is wrong. In Hebrews, Paul argues church leaders are on the hook for their flocks “Obey your leaders and submit to them, for they are keeping watch over your souls, as those who will have to give an account.”

Jesus asks leaders to follow him to model servant leadership, saying that Gentile “high officials exercise authority over them. Not so with you. Instead, whoever wants to become great among you must be your servant, and whoever wants to be first must be slave of all.”

Rather than the divine right of kings, Jesus preaches that leaders should act as servants, looking out for the welfare of their flocks (and Paul argues, even their souls). These leaders may sin, but they have the responsibility to pass the law on to us, so we need to be open to their guidance.

These are self-serving lies. Following Jesus does not mean regurgitating a catechism or swallowing a doctrine: it’s a living act of belief in a real person who actually lived and actually came back from the dead, and a living choice to follow in His footsteps as we guide our lives.

The rulings of our church leaders are designed to help us; when done properly, it’s done with care for our souls. Since we, too, are self-serving, it’s really tricky to know whether your leadership has gotten off the path, or whether you’ve gotten yourself so lost that it just seems that they are.

Regardless, there’s one thing we can always do to get back on track: repent and turn to follow Jesus.

Pictured: Tiberius, who was likely on that coin.