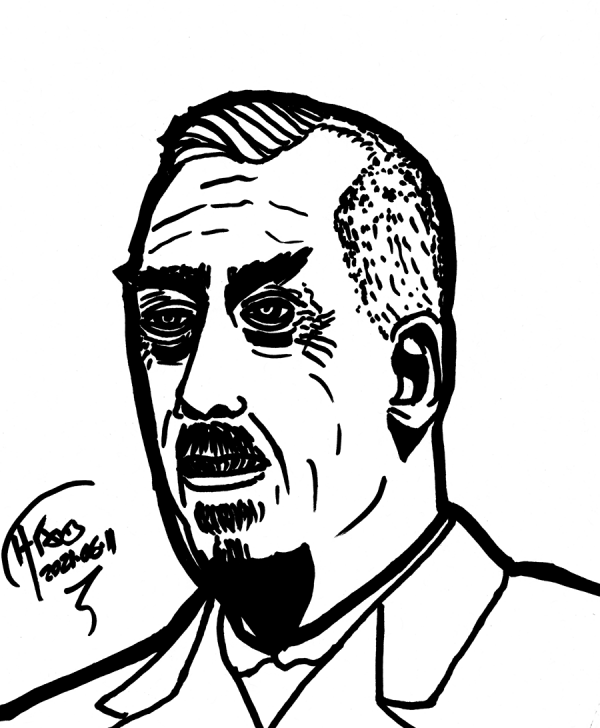 Dr. Hugo Eckener, the “Pope” of airship pilots. Even though I carefully noted the angle of the head, I nevertheless tilted the eyebrows wrong – and even caught myself doing it. But, even though I saw the problem, and did some work to correct it, it was too late to recreate the fullness of the face:

The comparison shows a 5 degree tilt and 10 degree horizontal squash, but, frankly, there’s no way to make everything line up no matter how you stretch it, as the nose is misproportioned compared to the eyes, which led the dent on the face on the left side of the page compared to the original. 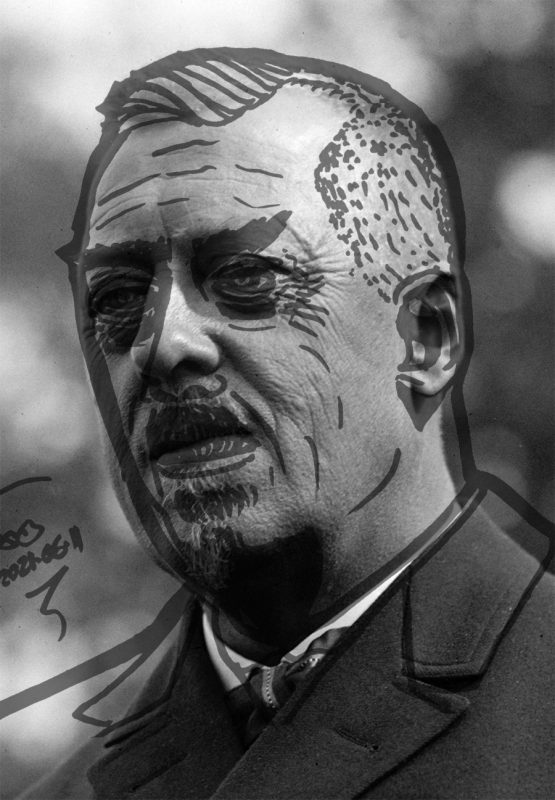