Moving on and turning back 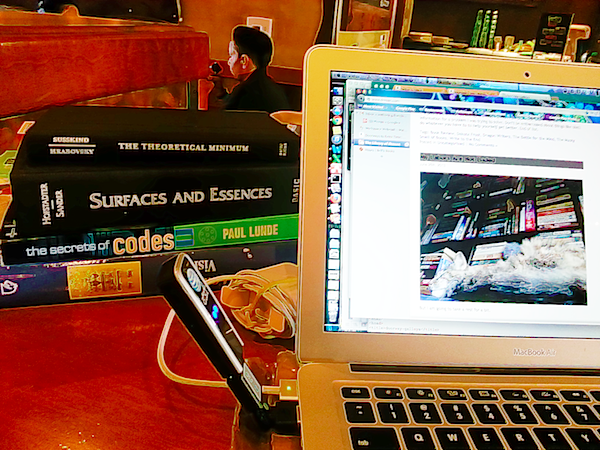 Well, DOORWAYS TO EXTRA TIME is on its way to the printers. Now it's time for me to move on to new projects, and to turn back to old ones. I'm still planning out a large new unannounced project (some of the information for which you see piled above) but my primary focus is going to be LIQUID FIRE.

Sitting in the Stanford Bookstore Cafe, working on LIQUID FIRE while I wait on the last possible round of edits on DOORWAYS TO EXTRA TIME before we have to send it to the printer.

I love me some books 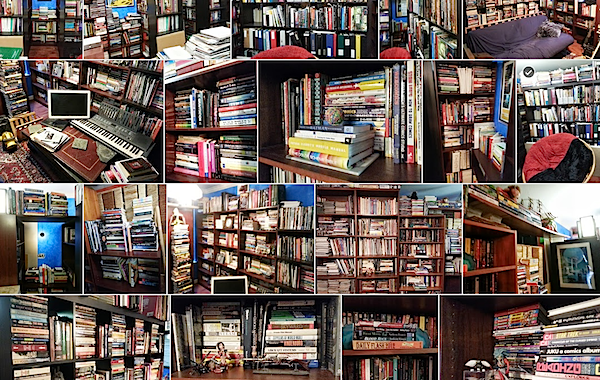 Totally appropriate, as I'm spending all tonight working on DOORWAYS TO EXTRA TIME (plus some spot formatting on my coeditor Trisha's novel THE KELPIE) after which I will be returning to LIQUID FIRE. Aaaaa…. 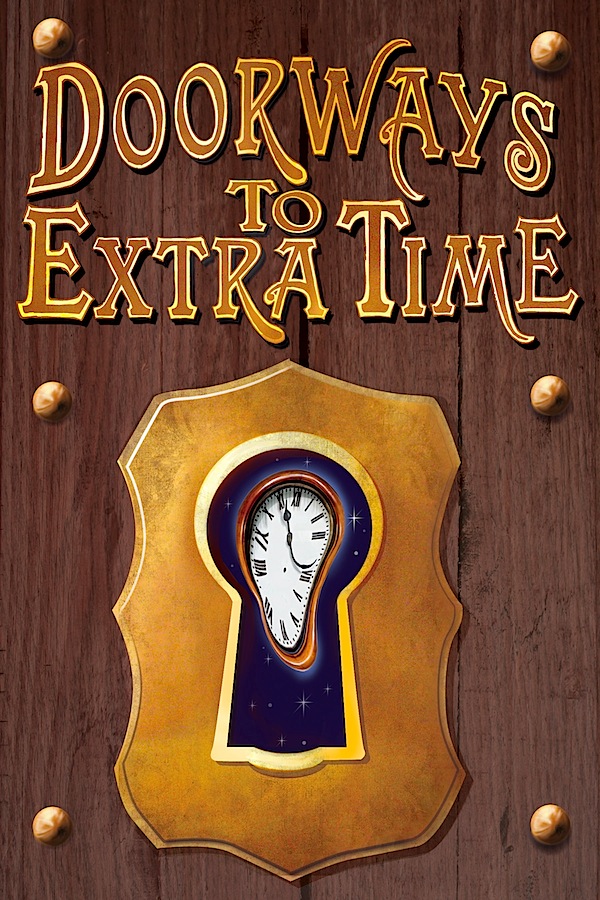 Steampunk isn't just brown, boots and buttons: our adventurers need glorious flying machines! This panel will unpack the science of lift, the innovations of Count Zeppelin, how airships went down in flames, and how we might still have cruise liners of the air if things had gone a bit differently. Anthony Francis is a science fiction author best known for his Dakota Frost urban fantasy series, beginning with the award winning FROST MOON. His forays into Steampunk include two stories and the forthcoming novel THE CLOCKWORK TIME MACHINE.

Yes, yes, I know THE CLOCKWORK TIME MACHINE is long in forthcoming, but at least it's closer now. I'll also be appearing on two panels, "Facts with Your Fiction" moderated by Sharon Cathcartat 5pm on Saturday and "Multi-cultural Influences in Steampunk" moderated by Madeline Holly at 5pm on Sunday. With that, BayCon and Fanime, looks to be a busy weekend.

Everyone’s fooling people by taking their laptops to coffee shops, and here I am just editing anthologies

So this is me, with my laptop, in a coffee shop, editing the science fiction anthology DOORWAYS TO EXTRA TIME, listening to an author reading by John Scalzi, author of YOU'RE NOT FOOLING ANYONE WHEN YOU TAKE YOUR LAPTOP TO A COFFEE SHOP.

I read Scalzi's blog Whatever and was pleased to hear he was coming to my favorite bookstore / coffeeshop combination, Books Inc. in Mountain View and the attached Cafe Romanza. It's right up the street from my work, so I dropped in to the coffee house, got a copy of REDSHIRTS for signing (never having read his fiction, it seemed a good place to start since the book he's promoting is a sequel), got coffee, got permission from the staff to set my laptop up at a small table above the signing, and camped out.

I edited. Friends dropped by. We chatted. The room filled, and then Scalzi showed up...

...and he's even more entertaining in person than he is on his blog. He read from his latest novel THE HUMAN DIVISION, a little side tale about aliens and churros (I've never had any, but they're kind of like Spanish doughnuts, apparently), and from his blog the hilarious and insightful post "Who Gets to Be a Geek? Anyone Who Wants to Be."

When it got to Q&A, I didn't ask any questions: everyone asked all my questions for me. It turns out Tor approached him about serializing his books, and THE HUMAN DIVISION came out of that conversation. I'm jealous; I and my publisher are still negotiating how to serialize THE CLOCKWORK TIME MACHINE, which I wrote with the design for it to be serialized.

After the talk, I waited for the line to die down before getting REDSHIRTS signed. Scalzi and I talked about the irony of me editing my anthology on my laptop in a coffeeshop while the author of YOU'RE NOT FOOLING ANYONE WHEN YOU TAKE YOUR LAPTOP TO A COFFEESHOP was reading, and he pointed out that there's two types of people who take their laptops to coffeeshops: those who go to write, and those who go to be seen.

He asked about the anthology, and I told him about DOORWAYS TO EXTRA TIME: an anthology that asks the question what would you do if you really could get an extra hour in the day. Oddly enough, Scalzi had the same answer about what he'd do with that hour as one of my barista friends in the coffeeshop: both said they'd use the extra hour to catch up on sleep.

I think John Scalzi and that barista must be two of the smartest people in the world.

P.S. What's this, Google+? You can animate several pictures taken together, even when I didn't tell you to in advance? Really? We're not living on the moon, but we are living in the future. That's awesome. UPDATE: Apparently it only works by default on Google+, as I don't see it on my blog that way. Still, the downloaded image has all the frames, so I could fix it up in Photoshop real quickly if I wanted to. Still the future. UPDATE UPDATE: May be a Ecto upload issue. Will fix later. Regardless, future. UPDATE UPDATE UPDATE: I managed to manually upload it, but it took a little squeezing in Photoshop to make the image manageable.

The DOORWAY, on its way… 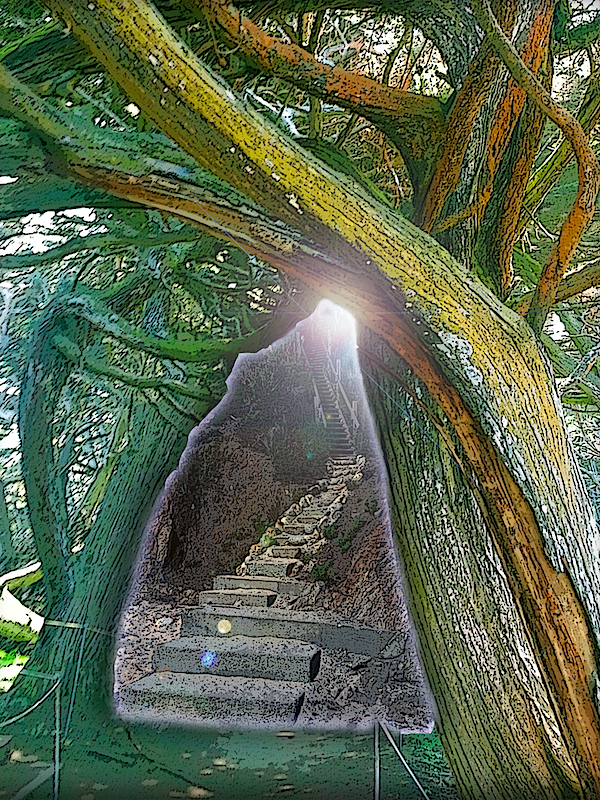 The completed manuscript to DOORWAYS TO EXTRA TIME is on its way to the copyeditors. This project, designed to explore extra time, is now on its way to take someone else's time, vampirelike, while I return to editing my novels. Please do not send me any more side projects right now, unless they are super good ones. That is all.

Pictured: what's your doorway? A salsa of scenes near Monterey. 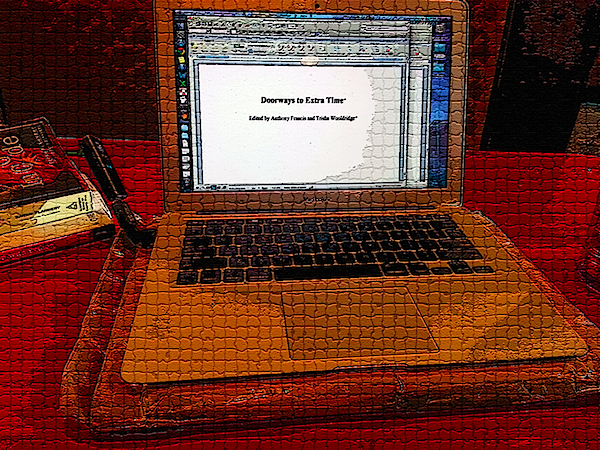 The first pass at the complete DOORWAYS TO EXTRA TIME manuscript is off to my coeditor. That is all. 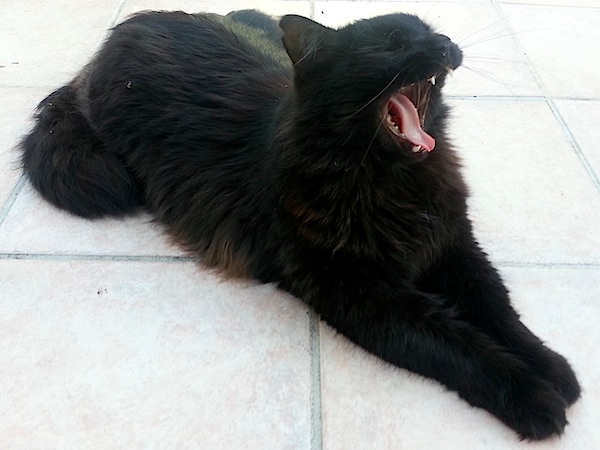 For one brief moment, I'm caught up.

For the DOORWAYS TO EXTRA TIME anthology, I knew I was diving off the deep end as I'd never edited an anthology before. So, I recruited a more experienced editor, Trisha Wooldridge, who despite being insanely busy, always managed to stay ahead of me on the schedule of getting edits out to our authors.

Well, for the past few days, Trisha was at Boskone, busily talking up our book, whereas I, in contrast, needed to stay at or near home the whole weekend. The whole long, three-day weekend, in which I managed to get all the edits on my plate out to authors, and then to review the correspondence with all our authors to ensure there was nothing left on my plate.

I've "tossed everything over the cube wall" - and for one brief moment, am caught up.