The Bible as Primary Source 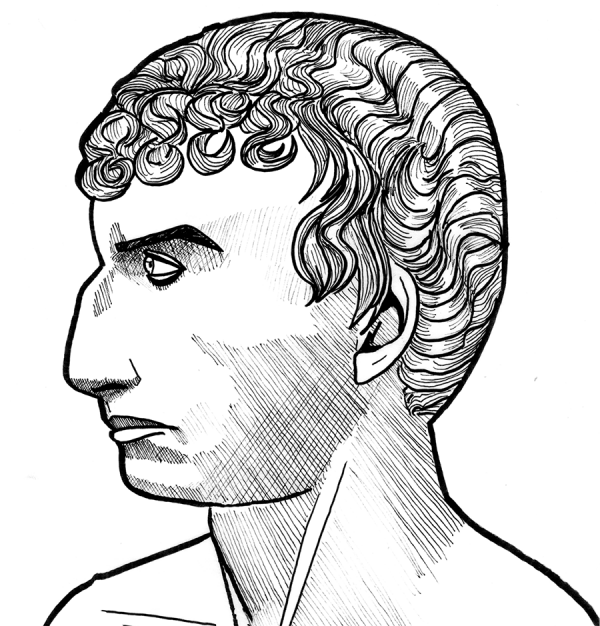 Growing up in the Bible Belt meant that many of my friends didn’t just believe that the Bible was divinely inspired, they believed it was literally true and argued – sometimes, strongly argued – that accepting the Bible as the infallible Word of God was absolutely necessary for salvation.

There’s a great Christian word for that point of view: idolatry.

Biblical idolatry, to be specific: worshipping the Bible instead of Jesus. As I said when I started this series, Christianity is about following Jesus (faith), away from your old life (repentance), and towards the kingdom of heaven (goodness), in the hope of salvation (only accomplished by his sacrifice and grace).

Placing the Bible, a book – a collection of books, in three different languages, by dozens of authors, over centuries, collated by a completely different group of people – as the center of your religion is placing an thing – a divinely inspired thing, perhaps, but a thing – in place of Jesus God, and distorts Christianity.

Treating the Bible like a fax from God gets you so caught up in the buzzing of the machinery that you miss the message. People I respect get lost mining the minutiae of the Bible, combing through their  Interlinear Bibles to construct their own elaborate castles in the air in favor of simply following Jesus.

But how do you get to know Jesus if you don’t know the Bible? You don’t, full stop. Yes, you can – and should – read the Apostle’s Creed, which summarizes what Christians have learned about Jesus, as approved by the descendants of his own apostles – who have evolved into our modern bishops.

But for us today – and even when the Apostle’s Creed reached essentially its current form, 700 years after Jesus died – we must rely on the Bible to tell us who Jesus was. While the Church has traditions about Jesus not recorded in the Bible, even the Church itself doesn’t consider these very reliable.

So we’re stuck with the Bible to get to know Jesus – which is as it should be, scientifically (if you include history in the “sciences,” writ large, which I do) because the New Testament of the Bible is the only extended primary source material we have about Jesus’s life.

Before we drill into that, here’s a question: Do you believe George Washington cut down a cherry tree?

If so, shame on your primary school history teachers, because it very likely didn’t happen. The cherry tree myth was invented 7 years after George Washington’s death – and almost 70 years after the alleged incident – by an early biographer, who didn’t even include it until the book’s fifth edition.

That doesn’t mean it didn’t happen – but if it had happened, it probably would have been mentioned in the writings of Washington or people who knew him. But the story was first told after everyone who could verify it was dead, by a biographer out to show Washington’s success was due to his “Great Virtues.”

Historians prefer not to use that kind of second-hand evidence (though, if all else is lacking, they’ll grit their teeth and soldier on). They prefer to use primary sources – documents and diaries, art and artifacts, recordings and records that were directly created in the time of study, preferably by the people involved.

Put another way, if you want to know what George Washington thought, you need to look at what he actually said and did. Speculating about what he might have thought or did can be interesting, but unless that speculation can be tied back to actual documents about Washington … you’re just making it up.

In the same vein, students of the “historical Jesus” hunted for writings about Him by His contemporaries, and found only a handful: a few references in the historians Josephus and Tacitus written around AD 90 and AD 115, and just possibly some in the Talmud, collected around 200 from older oral traditions.

All these recount narratives that are brief and generally second- or third-hand. These primary sources let us know that Jesus existed. But if you want to know more about Jesus’s life – whether you’re a historian or a Christian or both – and you’re looking for primary sources, the Bible is it.

We don’t need to imagine that the Bible is an infallible fax from God in order to recognize we need to treat its words with utmost respect. If you wanted to learn what George Washington wrote in his diary, you wouldn’t make a new diary entry up, now would you? The same is true of the Bible.

There are hundreds of manuscripts of the Old Testament and thousands of the New Testament, with many discrepancies; but this is where we start. I prefer the New Oxford Annotated Bible, others prefer the Interlinear; to help interpret them, I use histories like Ehrman’s and Anglican and Catholic catechisms.

Jesus is God. Jesus lived as a human being. The Bible was written by human beings who were met and moved by Him, and was preserved by people who were following in His example of reading and sharing the Scriptures. We don’t need to deify the Book; we need to look through it to the God behind it.

Pictured: a primary source, in this case a 1st-century bust alleged to be Josephus, a historian born shortly after Jesus died, and who wrote about him while Jesus’s contemporaries were still living. Whoa. Timing-wise, that’d be like … like a picture of me in my 60’s, if I had written a biography of JFK.